Film Review: ‘Reaching for the Moon’ 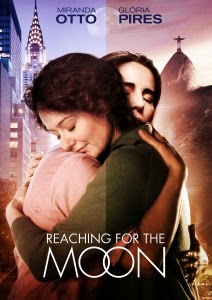 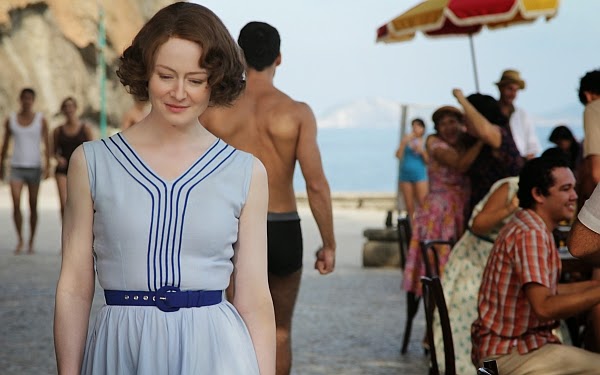 Lota is initially repelled by Elizabeth’s aloofness; Elizabeth also feels uneasy and decides to rent accommodation in the city. However, it’s not long before she falls ill and the two women persuade her to return to their home. Much to Mary’s dismay, Lota and Elizabeth’s unlikely friendship swiftly turns to love. Elizabeth moves into Lota’s home and her bed. Not wanting to lose Mary, Lota agrees to help her adopt and raise a child and she remains living with them on the estate. From the start it’s an uncomfortable love triangle, but the beginning of a hugely creative period for Elizabeth. Lota builds Elizabeth a studio and she begins to churn out work, winning the prestigious Pulitzer Prize in the process – perhaps her finest achievement. Lota, meanwhile, is commissioned to design Rio de Janeiro’s Flamengo Park.

Elizabeth’s alcoholism gradually begins to impact on her relationship with both women, and yet she continues to write and be fêted worldwide. Despite her tempestuous romance with Lota, she remains in Brazil for fifteen years. When, in 1967, she agrees to return to America for a university teaching post and stays there, it’s Lota who eventually falls apart. Cinematographer Mauro Pinheiro Jr. conveys the wild beauty of Brazil and Pires also captures the vibrancy of her native country; her character comes to represent the decadence of the era. Early on, it’s Lota who tells Elizabeth that she wants to ‘have it all’, but it’s her who ultimately pays the price.

Otto proves the perfect foil to Pires – pale, prim and proper. Despite her alcoholism, she remains dedicated to her work and in the end it’s her creative output that is her salvation. Running at just under two hours, Reaching for the Moon’s pace is occasionally leaden, but for the most part this is an engaging portrait of two iconic women and a pivotal moment in Brazil’s history – the coup of 1964 culminated in the overthrow of President João Goulart. Bishop’s poem One Art (about loss) serves as a neat framing device and there is a wealth of other detail to savour from the cars, cocktails and costumes to the terrific soundtrack.