To describe Tim Sutton’s Memphis (2013) – screening this week at the Sundance London film and music festival – as ‘meditative’ would be something of an understatement. With his 2012 debut, Pavilion, the director was likened to a cross between Terrence Malick and Gus Van Sant, producing an ephemeral riff on adolescence whilst blurring the line between documentary and fiction. Sutton is back at it again with the similarly elusive portrait of eccentric blues musician and poet, Willis Earl Beal, as he struggles through a period of artistic frustration. At once listless and mesmerising, it’s a film that will be likely to divide audiences, except in appreciation of its beautiful visuals and quite exceptional soundtrack. 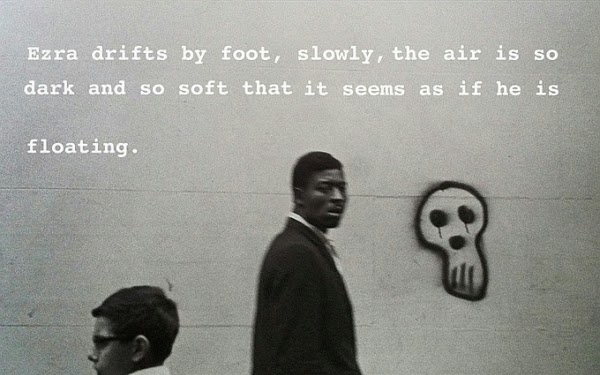 When the camera first rests on Beal, he is sat in a TV studio and responding to a question about whether he ever thought he’d be a star. He responds in deadpan fashion that he always knew, and that he has manifested his own success (“I consider myself to be a wizard.”) The host chuckles, but Beal means it. From that moment on, he wanders around the streets of the eponymous American city attempting not only to rediscover his inspiration but also, it would seem to convene with his soul and maybe with “the man upstairs”. There is no narrative as such, and to describe the minimal dialogue as scenes would be apportion form and connotations to the varying snatches of conversation half overheard. It’s equally problematic to even go as far as to describe Beal as a traditional protagonist.

Other individuals warrant the lens’ attention from time to time as they stroll the streets the film’s most significant inhabitant, Memphis itself. Like a character, the overhanging branches, empty parking lots and low Southern sun are ever present much like the locale’s palpable spirituality. Shots upon shots feature messages of God’s love, even without gospel choir sequences and regular reminders of Beal’s divine gift. With a film designed primarily as expressive milieu, plot – and character – naturally takes a back seat to existential philosophising but with time their grip begins to wane. Luckily, what continues to keep Memphis engaging is Seth Bomse’s rhythmic edit and the stunning musical accompaniment – intertwined with a score by Beal himself – that feel as evocative of the place as they do the man.

Sundance London 2014 takes place at the O2 Arena from 25-27 April. For more of our coverage, follow this link.