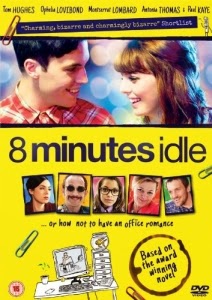 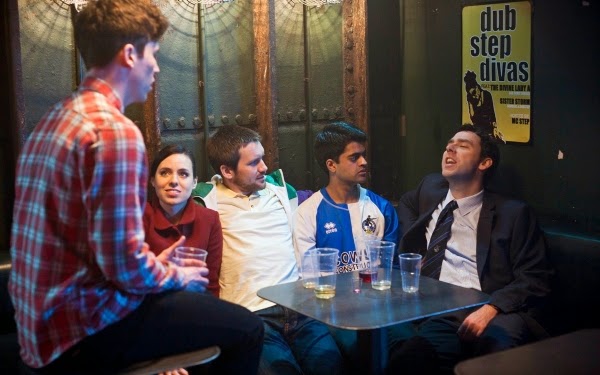 The quiet and unassuming world of protagonist Dan Thomas (the aforementioned Hughes) rapidly descends into chaos after he allows his good-for-nothing father (comedian Paul Kaye) back into the family home, only for him to steal his estranged wife’s lottery winnings. Thrown out by his despairing mother, Dan has no alternative but to crash at the call centre where he works. Hiding his beloved cat in the roof above the toilets and stringing up his laundry across the office at night, he’s forced to keep up the pretence with his colleagues with his life outside of work is fine. To make matters worse, he has a thing for caring workmate Teri (Mr. Sloane star Ophelia Lovibond), but is forever trying to ward of the unwelcome advances of his scheming line manager Alice (Montserrat Lombard).

Despite the noticeable budgetary limitations, director Hewis manages to conjure up an off-kilter, deadpan feel to Dan’s office existence, which is both endearing and slightly disturbing. It’s largely up to leads Hughes and Lovibond to really make the material work, and they do an admirable job, despite the script’s shortcomings. Lombard is funny too, although there is the nagging suspicion that she’s being slightly reined in. TV’s The Office captured the daily drudgery, forced comradely and petty power play of that environment in a much superior manner, and the makers must have been more than aware that comparisons would unfortunately made between both. In fact, the stagy small-scale aesthetic brings to mind that of a BBC Three comedy show, which is where 8 Minutes Idle may have thrived. There’s personality and a quirkiness inherent in the material. It’s just a shame not it doesn’t quite cut it as cinematic material.