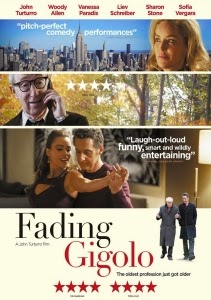 The fifth film in his decidedly varied career as a feature director, Fading Gigolo (2013) sees John Turturro helming, writing and starring in a pet project with an altogether different story than those of his previous directorial outings, which dealt with music and theatricality. Soliciting the help of established filmmaker Woody Allen – who both offered advice on the screenplay and co-stars – Turturro’s latest tells the tale of an apprehensive male gigolo and his financially troubled cohort who’s more than willing to don the role of personal pimp. Allen plays aging bookstore owner Murray, who’s forced to close when sales begin to wane before convincing the reluctant Fioravante (Turturro) that there’s money to be made in the gigolo business. 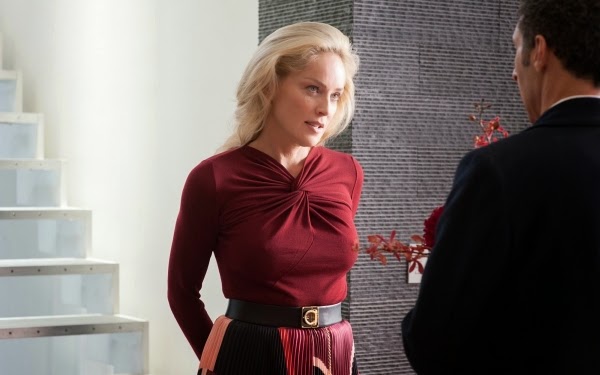 Securing his first clients – Murray’s married dermatologist Dr. Parker (Sharon Stone) and her seductive best friend Selima (Sofía Vergara), who express interest in having a threesome – Fioravante hits the ground running, making thousands and pleasing many. As his popularity among the rich and lonely women of New York City grows, however, he inadvertently falls for Avigal (Vanessa Paradis), the attractive widow of a Hassidic rabbi, which invites the suspicions of overzealous local neighbourhood patrolman Dovi (the bizarrely cast Liev Schreiber), who slowly cottons on to the two men’s illicit money-making scheme. Shot – like so many of Allen’s work – with a warm autumnal glow by Italian cinematographer Marco Pontecorvo, Fading Gigolo is, despite the wealth of talent both in front and behind the camera, a mishandled oddity.

Essentially playing to the type he’s successfully conveyed in a large portion of his cinema, Allen steals the film from under Turturro’s feet, taking whatever jokes the limp screenplay has and moulding them to his nervously charming sensibilities, especially those that play slightly close to home. Turturro, on the other hand, loses his footing early on, allowing the story to come to a near total standstill when depicting the drippy romantic courtship between Fioravante and Avigal, which Fading Gigolo never recovers from. It’s also weakly plotted, forcing in the largely unfunny machinations of Schreiber’s character to inject much needed dramatic tension, which Turturro doesn’t particularly know what to do with. Though impractical to compare and contrast, it’s somewhat inescapable to wonder what Allen could have done with the material, yet as it stands the finished product resembles the worst of his output: flaccid, unfocused and wholly unremarkable.