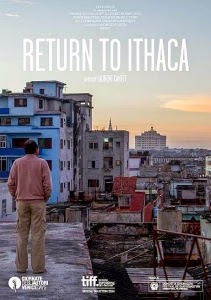 One of two films at Toronto 2014 that take in a group of friends over the course of one balmy Cuban evening, Return to Ithaca (2014) is the new film from French director Laurent Cantet. After the Palme d’Or-winning The Class (2008) and 2012’s somewhat clunky Foxfire, this is another dialogue heavy character piece. Though more intentionally languid affair than both of those two films, it retains a political edge, exploring the country’s recent history through the diverging lives of these five comrades. It is slow going for the majority of its runtime, but with such a fine ensemble cast, patience does pay dividends as rifts and secrets surface amidst pensive self-reflection and regret, both national and personal. 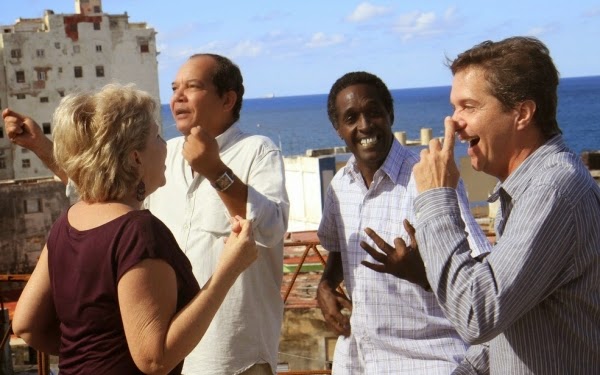 The sun is setting over the Cuban city of Havana as Aldo (Pedro Díaz Ferran), Rafa (Fernando Hechevarria), Tania (Isabel Santos), Eddy (Jorge Parugorria) and Amadeo (Alberto Pujols) come together to celebrate the latter’s return from a 16-year exile in Spain. Set almost exclusively on Aldo’s rooftop, the group reminisce about youthful rebellion and wide-eyed idealism before the reality of their compromises and the betrayal they feel at the hands of the state come through with force. Amadeo must face vitriol as long-held tongues lambaste his decision to flee – especially given the subsequent death of his wife while he lived away in Madrid – whilst others confront their own inner turmoil about the fact that they didn’t. The opening of the film itself feels a lot like attending a party at which the audience is an outsider.

Cantet, working with Cuban journalist and writer Leonardo Padura, weaves politics into everything, even those comments that seem innocuous enough at first. A sense of mourning descends as home truths are laid bare by the people that they considered to be their closest friends about the reality of their situations. Staying fairly faithful to his social realist roots, Return to Ithaca pays no real heed to the mythic overtones of its title besides a cute line about someone’s life sounding “like a Greek tragedy”. Amadeo’s exile is as close to Odysseus legendary journey home as things get – literally or allegorically – and it not only proves a catalyst for the party, but constantly rearing its head as cause of consternation and revelation. When a crescendo is finally reached, the conversations of the last two hours lend it emotional heft that would be absent without them, but the ends aren’t quite strong enough to entirely justify the means. That’s not to put Return to Ithaca down, however. Despite being lethargic at times, it’s a rich portrait of people and place, of revolution and regret.