★★☆☆☆
Of all the monsters that lurk amongst the shadows zombies have somehow prevailed, enduring where other ghouls have fallen, and in the process ambling and groaning their way through a myriad of cultural, political and economic anxieties. Jeff Baena’s Life After Beth (2014) is another, in a long line of contemporary zombie films attempting to inject the reanimated corpse of the sub-genre with a fresh and invigorating slant. However, what begins as a buoyant reflection on the emotionally paralysing nature of grief, ultimately struggles to shake of the shackles of the genre. When Zach’s (Dane DeHaan) girlfriend Beth (Aubrey Plaza) dies of a snakebite his grief takes on various forms, from moping to playing chess. 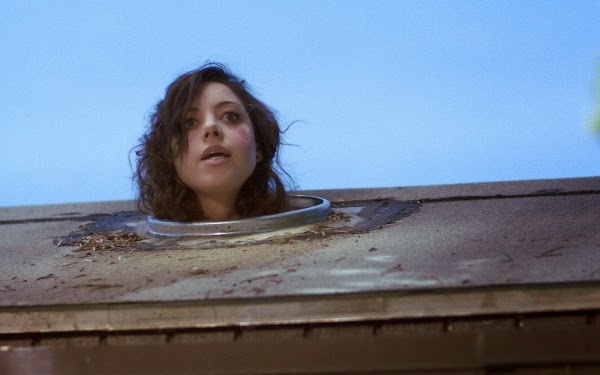 The couple had a huge argument just before Beth died and Zach struggles to accept that his final words to Beth were laced with anger. However, when she returns unharmed – if perhaps a little disorientated – Zach seizes the opportunity to make amends. Director Jeff Baena is best known for collaborating on the script for David O. Russell’s divisive I Heart Huckabees (2004). Sadly, Life After Beth lacks both the discordant whimsy and quasi-philosophising that divided Huckabees’ audience, ultimately ensnared by the tropes of a sub-genre that’s already parodied itself to death – and back again. Baena hopes that by giving his zombies a morsel of humanity, and bestowing them with additional quirks (such as a fondness for attics and jazz) that hilarity will ensue and mask the sound of the genre barrel being scraped.

Zombie movies have been enjoying a renaissance ever since the September 11th attacks provoked filmmakers to adopt a more inward looking assessment of society. By turning a critique on consumer-capitalism into a study of the cultural consciousness at a time of heightened anxiety these films have acted as a barometer of society’s disquiet. Life After Beth is no different, mirroring society’s arcane fears whilst depicting a generation that’s becoming increasingly self-absorbed. Unfortunately, the film’s blithe approach culminates in a light-hearted movie that whilst moderately enjoyable, lacks the cynicism required to connect on anything other than a basic level. Using ghosts, ghouls and zombies to examine the after effects of grief is nothing new, and Baena’s imitative approach adds little to the mix, sharing much of the same DNA as the hugely successful French television series The Returned (itself an adaptation of the 2004 film They Came Back).

Zach’s search for closure struggles to harvest enough humour for Life After Beth to overcome its problematic gender politics and derivative narrative. The biggest victim here is undoubtedly Aubrey Plaza, who continues to find herself cast in these minor roles. Her inability to conform to the teen- queen, plastic-princess mould has led to her being continuously typecast as an angst-ridden outsider. A hideous caricature of the crazy ex-girlfriend, Plaza is left with little to work worth, although she’s given considerable more than Anna Kendrick who turns up briefly as Zach’s ditzy and incredibly submissive replacement girlfriend. A zombie film lacking in brains is nothing new, but this derivative, clunky, albeit faintly charming pastiche is a totally forgettable experience that proves “sometime dead is bettah”.