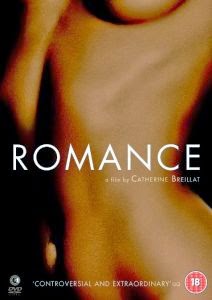 ★★★★☆
While Catherine Breillat’s excellent latest film The Abuse of Weakness (2013) continues to languish in UK distribution limbo, it’s a great pleasure to see a reissue of Romance (1999), her highly controversial treatise on female sexuality. It is the perfect summation of her cinema; explicit, ruminative and bracing – a film that attacks the partial nature of love and romance, while advocating the difficult totality of sex. Breillat’s thesis unfolds with bold physicality and exacting philosophical rigour, unflinching in the face of horror and ceaseless in its crusading zeal. How to divorce sex from the conduit of love? It’s a familiar idea in cinema, but never has it been so relentlessly pursued, especially from a female perspective. 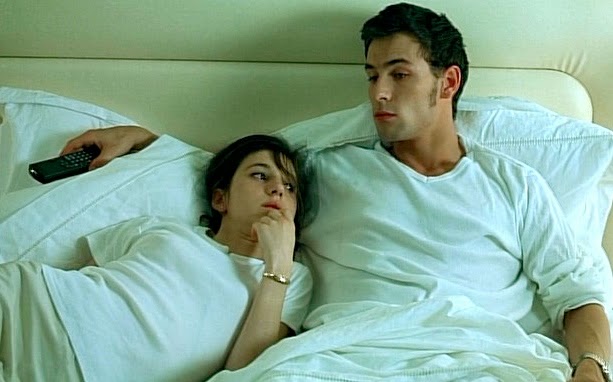 That is the key – Romance is a film about a woman’s sexuality, and how it becomes burdened by the romantic and maternal expectations placed on her. Caroline Ducey plays Marie, a woman driven by her boyfriend’s celibacy to sleep with other men. Breillat posits the modern relationship as some kind of prison, beholden to the drudgery of the bourgeois lifestyle and anathema to carnal instincts. “You only love me when there’s a table between us”, Marie tells her boyfriend (Sagamore Stevenin) during a dinner early in the picture; the rest of the film constitutes the act of destroying that table and seeing your soul reflected in the remnants of the destruction. The separation of body and soul has always merited an inordinate amount of artistic attention, but Breillat’s approach is far more radical.

Breillat subverts certain misogynist tendencies, and filters them through a feminist lens. No-strings sex devoid of tenderness allows Marie to be at one with herself, and Breillat pushes the idea so far that cognisance of the partner becomes something to eradicate. Indeed, the radical seventies notion of any penetration as a form of invasion is reversed. Paul’s celibacy degrades Marie; “a man who screws a woman honours her”. But behind Breillat’s bracing philosophy lies a psychosexual nihilism, with Marie’s militant stand against romance becoming a potent but ultimately dehumanising force. What begins as a way of distancing the men (“a guy should take you without a word but he shouldn’t burden you with his inadequacy”) becomes a gradual form of self-annihilation. Marie fantasises about a brothel where the head is separated from the rest of the body; the former is on the side of a partition with husbands and loved ones while the latter is left to the brutes. This scene also features a brilliantly uneasy juxtaposition shot that introduces the image of motherhood, skewing the tenor of the thesis that precedes it. Marie’s experiences may have led her to the erotic abyss, but they have left her unable to understand the meaning of it. A visit to the gynecologist is treated in the same way as her myriad trysts; it’s an unforgettable moment and possibly the defining scene of Breillat’s career so far.