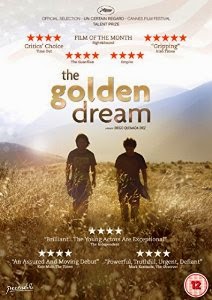 ★★★☆☆
Diego Quemada-Díez’s debut film The Golden Dream (2013) so impressed at Cannes in 2013 that it received a special award and fulsome praise from Ken Loach. It tells the simple and familiar story of three young Guatemalans who decide to leave their homeland and travel through Mexico towards the ‘dream’ of the United States. Cocksure, but not quite as competent as he thinks he is, Juan (Brandon Lopez) is the leader, joined by Sara (Karen Martinez) who we initially see cutting her hair off and strapping it to her chest in order to transform herself into a boy called Osvaldo. Samuel (Carlos Chajon) is the third of the trio, whose previous employment required scavenging a living from giant rubbish dumps. 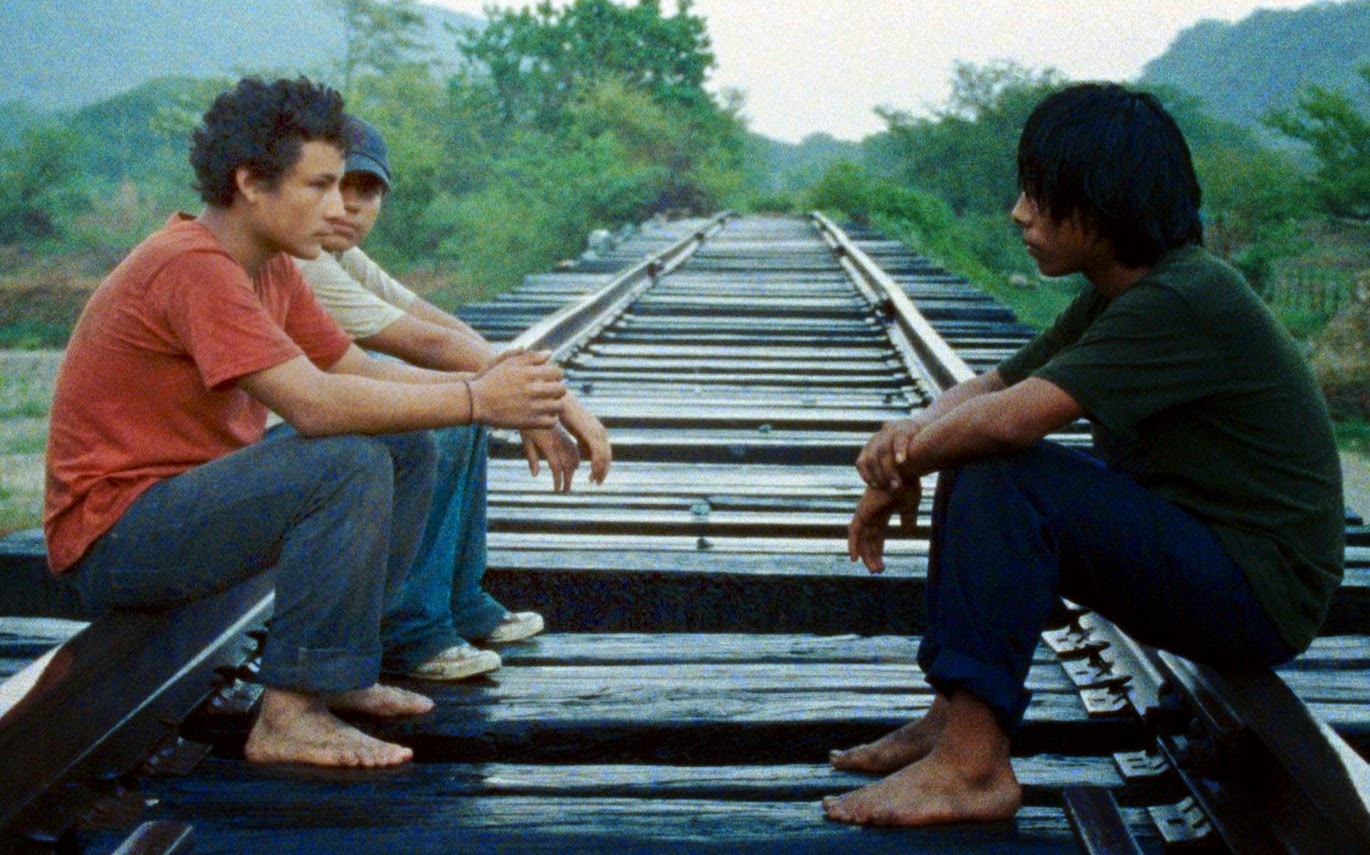 Joining them along the way on this perilous journey is the Indio, Chauk (Rodolfo Dominguez), who hardly speaks a word of Spanish and is regarded with racist spite by Juan. Slogging their way North towards the American dream, the group jump freight trains, subsisting on the few meagre coppers they manage to earn performing in local villages. A warm friendship – almost a romance – develops between Chauk and Sara, which does nothing to enamour the Indian in the eyes of Juan. However, as their journey continues the young travellers find themselves increasingly out of their depth, vulnerable to the hostile attention of the police and local gangs who pray on the immigrants, systematically cheating, brutalising and robbing them of everything they possess.

There is an obvious contrast between the beauty of the landscape that Quemada-Díez captures and the danger and hardship of this small band of travellers, who suffer their setbacks without any deux ex machina relief. There are some glimmers of human feeling – a priest offering immigrants food and shelter and local farm workers throwing fruit up to the passing train – and yet, these fleeting moments of goodness are massively outweighed by the brutality and feral cruelty that surround them. Using non-professional actors, the performances tend towards a bland naturalism. A scene where Sara and Chauk give each other vocabulary lessons in their respective languages feels over-familiar and staged and occasional narrative ellipses are also distracting. We are kept at a distance, stripped of context that might help us understand some of the film’s plot better, as well as the political background. Sara’s masculine disguise for instance is arbitrarily ignored until it can become an important plot point. The film doesn’t stand comparison with Cary Fukunaga’s superior take on the same phenomenon Sin Nombre (2009). However The Golden Dream remains a compelling and well made drama, which forcefully portrays the daily suffering of the poor who have the temerity to try and escape their conditions.