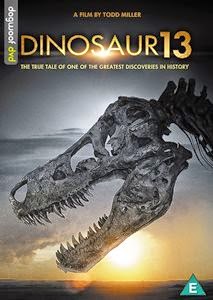 This is long-toothed storytelling. Much like the bygone fossil at the centre of Dinosaur 13 (2014), director Todd Miller allows this semi-stirring documentary to deteriorate far too quickly. With all the courtroom complexities of Citizen Kane (1941) knotted with the soap opera melodrama of Kramer vs. Kramer (1979), we become entangled in a battle between bureaucracy and benevolence over the ownership of the largest Tyrannosaurus Rex skeleton to date. Heartfelt, if not a little humdrum, a small team of amorous palaeontologists from South Dakota make the historical discovery in the badlands of Black Hills. 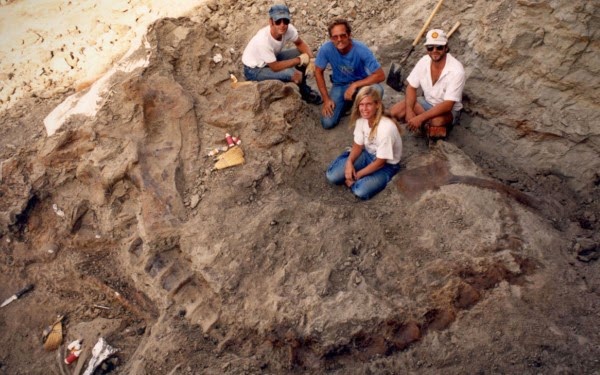 Back in 1990, only twelve T. Rexes had been unearthed until Pete Larson’s Black Hill Institute happened upon ‘Sue,’ the fully formed framework of arguably the most hallowed dinosaur to date. Named after its discoverer, the world’s dino-darling is dug up and bought for $5,000 by the institute from land-owning gunslinger, Maurice Williams. Yet, just as the celebratory champagne falls into the flutes, Sue is swiped from Larson by the federal government. What begins as the biggest fossil find in history swiftly beefs into what has been described as ‘the biggest custody battle in history’. Sue was allegedly located in a ‘legal netherworld,’ where those with the subpoenas hold the power. It’s a disgraceful display of injustice as the Black Hill Institute are harangued over what they truly believe is their small town’s rightful property.

As the unruly band of federal agents, supported by the national guard, confiscate the bones, Larson begins a ten-year campaign to retrieve his treasured finding, which sees him serve around 18 months in jail. Caught in Kafka-esque courtrooms, professionally bullied by grabby desk-jockeys, ensnared in ballooning accusations, Larson is scapegoated by a stagnating governmental regime, beyond help from his contemporaries. Tear-jerking talking heads and deeply confusing explanations of aged acts buffer Larson’s case, yet to no resolve. In a time where the whimsy of discovery seems just a Google search away, Miller’s compassionate retelling is a warm nod to the ancestral art of adventuring. Yet the albatross of law weighs heavy on the director’s neck. Bulked with infinitely drab case studies, we are too frequently reminded that the dust gathers around Sue’s story at an all too rapid pace. By Dinosaur 13‘s conclusive finale, there is a distinct air of embittered triumph, but one that is steeped in unwanted nonchalance.