Jem Cohen is perhaps best-known to UK audiences for his tenderly observant drama Museum Hours (2012). A comparable romantic outlook on the world and similarly intimate themes of urban identity are intermingled with much larger social concerns in his latest film essay, Counting (2015). A free-wheeling travelogue told across fifteen chapters, Cohen’s latest is a composite of ideas forged through hypnotic visuals that leads the viewer on a mesmerising expedition through the city streets of such sprawling metropolises as New York, Moscow and Istanbul. The visual language employed within each chapter is as varied as the locations, yet travel is perhaps one of Counting’s more noticeable reoccurring motifs. 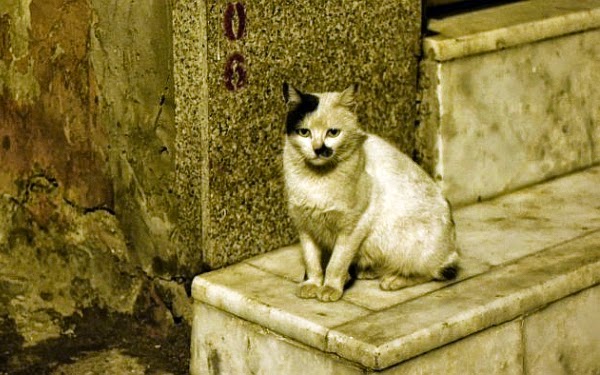 The bulk of the film’s segments are either set on, or bookended by, places of transition; be it train stations, aeroplanes or the intersection of a busy motorway. One notable segment (Chapter Seven, “Three Letter Words”) is made up of overlapping reflections from a New York bus shelter. Faces of rich and poor merge seamlessly whilst Cohen affords us the opportunity to sit and observe all walks of life, from those dressed to impress to others marginalised and overlooked by society. There’s no explanation given for the meaning behind this scene but it exemplifies the allure of the film. Exhibiting a hypnotic ballet of life, and the city as a living-breathing organism, it’s a beauty that’s both baffling and strikingly simple; it just takes a moment to realise that the majesty of the visuals lies away from the screen.

Observing the surrealism of everyday life, Cohen bestows us with an entirely subjective perspective, understanding that sometimes an objective point of view isn’t always available. However, this deeply personal style of address allows the viewer to ascribe his or her own interpretations to the often wordless images on the screen. There isn’t one overarching theme to unite Cohen’s sprawling essay, with Counting intended as an epic tapestry of various social conditions. From globalisation, the commodification of culture and the rise of the very technology that meant to free us, yet has only imprisoned us further, there’s a disconcertingly wide range of sociopolitical maladies exhibited upon the screen. A video representation of what David Harvey described as the “right to the city”, alongside a subtle critique on the ever quickening pace of life, this psychogeographic voyage culminates in an all encompassing symphony of the city and a gentle reminder to take a step back once and a while and consider the wider mechanisms at play.