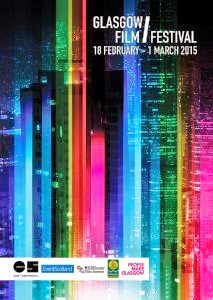 The festival has, for the first time, introduced an Audience Award, designed to advocate ten films – Appropriate Behaviour and 52 Tuesdays included – by either first or second time directors. Film4 FrightFest also makes a welcome return, boasting a weekend of new horror titles, including Eliza Graves and The Woods Movie, a behind-the-scenes look into how The Blair Witch Project was made. But it’s not all about screenings. There will be events for those looking for something a little bit different. A murder mystery will take place at the city’s historic Trades Hall, Oscar-nominated sound designer Glenn Freemantle will take part in a masterclass session, and film critic Ulrika Kuntson will celebrate the life and career of screen legend Ingrid Bergman and her upcoming centenary.

Commenting on the line-up reveal, Allan Hunter said: “It is a festival filled with people and places close to home but also one that embraces the diverse, wonderful world of cinema, perfectly illustrated by our opening and closing galas. It’s a huge honour for GFF to be chosen for the European première of Baumbach’s bittersweet delight While We’re Young, and Force Majeure is an utterly brilliant film.” The Glasgow Film Festival has been slowly expanding itself for a number of years now as one of the most audience friendly film festivals in the UK. It’s without a doubt that now – as the festival prepares to open its doors for its eleventh year – it’s arrived completely. If you can spare a day or even two and take yourself along, then make sure you do as it’s the place to be.