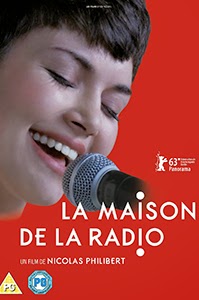 Nicolas Philibert is best known for his endearing and award-winning documentary about a rural community school, Etre et Avoir (2002). His latest, Maison de la Radio (2013), shares a certain sense of parochial charm with that earlier film, even if it is certainly a far more minor work. Being the fly on a wall in a close-knit classroom – or the enclosure of an ageing orang-utan in a Paris zoo as in Nenette (2010) – was able to provide insight and observational lyricism that similar treatment of a radio centre cannot quite muster. A patchwork portrait, it’s a day in the life of the eponymous doughnut shaped building that homes the various stations and programmes of France’s public radio network. 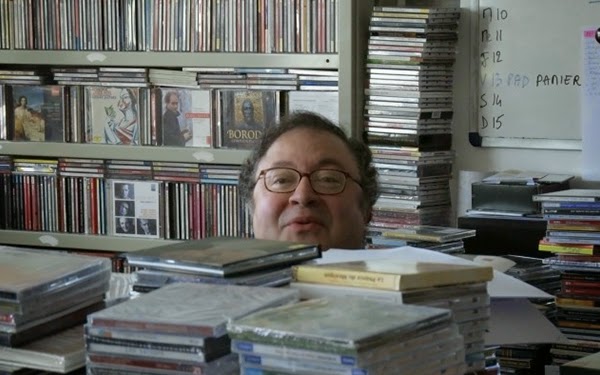 A seasoned documentarian, Philibert clearly has a warm affection for the work being done and it most certainly radiates from this deliberately paced piece, but La Maison de la Radio almost wholly lacks the profundity that he has previously excavated from other apparently mundane scenarios. There may be all manner of scenes on show, but they are far more likely to prompt the occasional chuckle, than they are to provide food for thought or emotional resonance. For every enjoyable exchange across a mixing desk, there is a scheduling meeting or a discussion show whose subject remains bland and indistinct. Of course, to those who listen to Radio France, there may be aspects that prove fascinating – the glimpse of a favourite presenter to put a face to the voice or a peek at those arranging a show.

Audiences outside that territory are more likely to find fleeting moments to savour rather than a rich experience overall. There is footage of several different music recordings which are nicely juxtaposed against one another – some of which are enthralling to watch. There are interruptions for both an opera singer and a drama recorder who are cut together as they pause to wait for distant drilling to subside. There are parallels across the range of subjects; two particularly enjoyable recurring scenes involve the unheard comments about the aforementioned dramatic reading, and the matter-of-fact critique given to a young newsreader’s demo tape. Whether the failure of these individual elements to coalesce into something more singular is a problem will depend entirely on personal taste. As it stands La Maison de la Radio is an amiable and ramshackle snapshot, its lack of compelling characters making it largely forgettable.