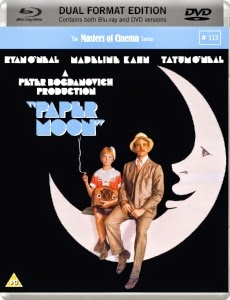 In LCD Soundsystem’s Losing My Edge, James Murphy charts the history of alternative music and places himself at every key scene along the way (“I was there at the first Suicide practices in a loft in New York City”) as a consolation for behind left behind by a scene in which he’s no longer the nucleus. It’s a hymn to the Almost Men of the arts in the twentieth century; the artists obsessed by the history of their media, but creatively daunted by the pedestal on which they placed it. Peter Bogdanovich was New Hollywood’s almost man; the movement’s chief cinephile, he understood cinema like few of the other “Movie Brats” (with the exception of Martin Scorsese, perhaps). 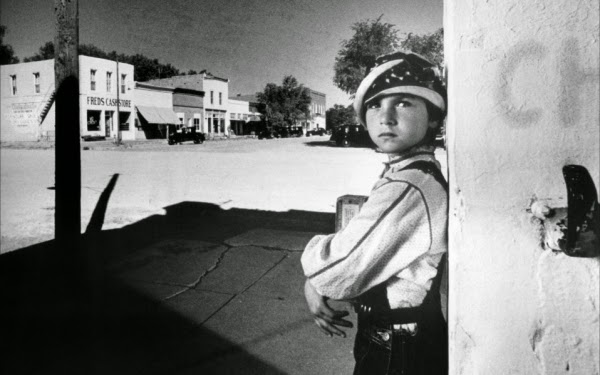 However, the medium’s dominion over him seemed to always keep him a hair’s breadth away from greatness. Bogdanovich approached cinema through the lens of the past but, unlike the French directors of the Nouvelle Vague, his deference was paramount. At his best, he brought a critic’s eye to the great genres of the studio era. Paper Moon (1973) was his second revisionist screwball. While What’s Up, Doc? (1972) channelled the mania of Hawks’ Bringing Up Baby (1938), Paper Moon is closer to the enterprising, socially engaged comedies of Preston Sturges. Filmed in black and white, it follows the escapades of con man Moze Pray (Ryan O’Neal) and 9-year-old Addie (his real life daughter Tatum O’Neal) as they cross the Midwest, hawking bibles and defrauding widows during the Great Depression.

Bogdanovich knew these movies inside out, which put him in a unique position with Paper Moon to know when and how to alter the formula. He retains the brisk pacing and sharp wit. Moze and Addie are scrappy in the way that Ben Hecht’s characters were; sniping and biting through furtive affection. Paper Moon also serves up some timely correctives; the African American maid – a mainstay of the studio era – is removed from the tyrannical confines of ethic stereotypes. Imogene’s (P.J. Johnson) hopes and fears are aligned with Addie’s. Poverty is the great American leveller, and we see that writ large in a quiet but significant stolen moment between the pair. Indeed, amidst the bluster and hijinks of Paper Moon, there’s a sense of people lost in a country on its knees. The frailty of Moze and Addie’s connection is accentuated by the uncertain times. The authorities could be round every corner and time is running out. It ends in a heartbreaking sequence involving a souvenir photograph. It’s a moment that would be mawkish in lesser hands, but we sense that the film’s potent melancholic thread has been driving to this moment. Extratextual factors are also a consideration; the O’Neals would become estranged for years. At least the movies embalmed their beautiful, brittle symmetry.