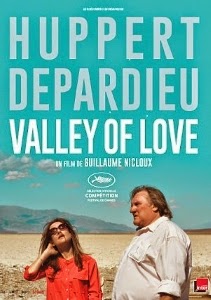 Two legends of French cinema arrived on the Cannes Croisette today, with Gerard Depardieu and Isabelle Huppert starring as fictionalised versions of themselves in Guillaume Nicloux’s meditation on family, death and forgiveness, Valley of Love (2015). Gerard (Depardieu) and Isabelle (Huppert) are two actors who were married had a son and were swiftly divorced. Their estranged son committed suicide a few months ago but left them both letters instructing them to meet up in Death Valley and to go through a pre-arranged itinerary of tourist spots, where Michael (their deceased son) promises he will reappear. They dutifully set about the trip but their bickering begins almost immediately. 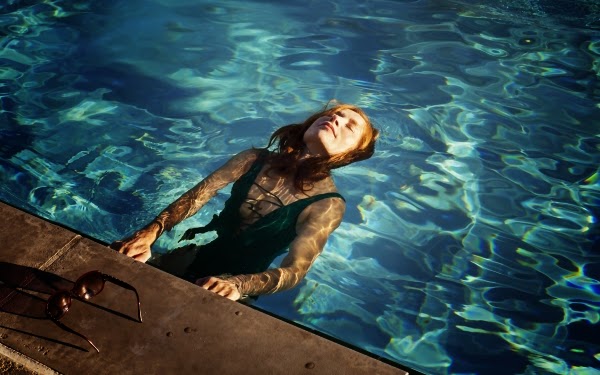 The mammoth Depardieu complains of the heat and strips down to his underpants at every conceivable opportunity. Isabelle bitches about the mobile phone coverage and the American food. “You’ve got fat,” she tells Gerard on meeting, nailing immediately their no-holds-barred intimacy. Here is a couple who know each other and can say anything. Of the two she is the most credulous about the possibility of their son reappearing, perhaps because she feels the most guilt, not having spoken to him for seven years. Gerard is too preoccupied and sceptical: he is leaving a day before the schedule ought to be completed. The sight of the pair pottering about with a picnic bag and parasol recalls a geriatric Zabriskie Point (1970).

There are clear aspects of self-parody in both lead performances. Yet this is weakest when a pair of American tourists recognise Gerard but are unable to name him: a scene over-familiar, too easy, but with a nice punchline. It’s Depardieu who has the most sympathetic character and who does the most with it. Huppert, meanwhile, is risking overexposure, though this is a more recognisable role than the war photographer in Joachim Trier’s Louder Than Bombs (2015). This could have been an odd couple comedy, a nostalgic look at remembering, but Nicloux’s script insists on taking Michael’s letter seriously and in the latter half of Valley of Love the possibility that their quest is not as ridiculous as it first seemed intrudes into the narrative. As with the unmitigated disaster that was Gus Van Sant’s The Sea of Trees (2015), a vacuous gullibility is present, although at least here it could be blamed on the heat. Seeing Depardieu and Huppert together again – the last time they shared a screen was in 1980’s Loulou – is an obvious treat and redeems what would otherwise be a rather vaporous mirage. One can only regret they hadn’t been given something more substantial to do.