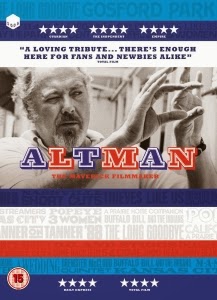 With 39 features to his name, each as unique and innovative as the next, there are few American directors who come close to matching the prolific career of Robert Altman. Ron Mann would go one step further, describing Altman’s films as distinctively “Altmanesque”, a term he spends 95 minutes attempting to define in his latest documentary, Altman (2014). An affectionate exploration of Altman’s life, Mann invites a wealth of this maverick filmmaker’s best known collaborators and contemporaries to discuss his legacy, including the late Robin Williams, The Long Goodbye star Elliot Gould and Inherent Vice (2014) director Paul Thomas Anderson – who simply describes Altman in one word: “inspiration”. 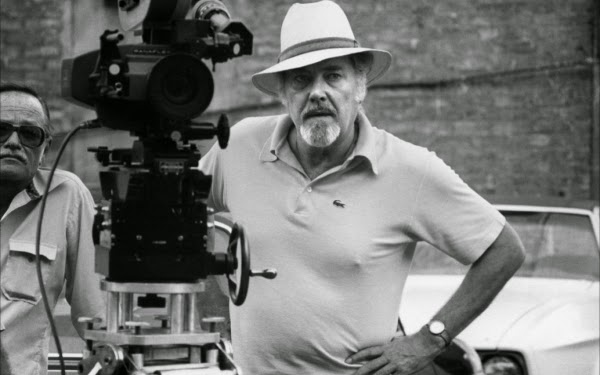 When question just where the Bergmans and Tarkovskys of American cinema are, Robert Altman is the name that’s often cited as a western alternative to the pioneering arthouse directors of Europe. An innovator whose films looked to critique society and bestow a resemblance of realism, many of Altman’s methods remain in use to this day. With his latest documentary, Mann takes us on a chronological voyage through this dissident director’s oeuvre, painting a cordial portrait of Altman from his modest beginnings as a television director on shows like The Whirlybirds to his breakthrough feature hit, M*A*S*H. Mann’s eulogy to Altman emphasises the auteur’s numerous qualities whilst resigning the darker elements of his life to the background. Thankfully, it’s also far more than a wistful stroll down memory lane.

Mann manages to elicit numerous insightful and entertaining anecdotes from his subjects, such as the droll tale of how two young female ‘friends’ of movie mogul Darryl F. Zanuck helped get M*A*S*H released uncut. However, the sweetest and most enlightening stories often centre on Altman’s personal life, especially the story of how he met his third wife Kathryn on the set of The Whirlybirds. Robert, entranced by her beauty, asked Kathryn “How are your morals?” “A little shaky,” she coyly replied. As is to be expected, Altman’s slightly more unimpressive and critically derided releases get off lightly, meaning there’s the sense that we’re only getting part of the picture. Insight into the catastrophic production of Popeye (1980) begins to take this biography down a dark and intriguing path, but Mann refuses to sully the film in negativity, steering us back towards his celebration of Altman’s achievements instead of focusing on his few shortcomings.

Altman died in 2006 aged 81 and remained productive to the bitter end, and the film pays testament to the extraordinary work ethic and passion for cinema of its subject. However, in managing to condense the career of one of American cinema’s most prolific filmmakers into a comprehensive 95-minute piece, Mann should be commended for his own craftsmanship and restraint.The film’s final third is justifiably less revelatory, with Mann steering clear of Altman’s final years struggling with illness. The doc’s pace noticeably lags, yet there’s enough sentiment and pathos invested early on to carry Altman through to its bittersweet conclusion. A rose-tinted gaze into the career of a remarkable filmmaker, Altman is everything any true ‘Altmanite’ could wish for. Though his films often weaved wildly across the spectrum of public predilections, Mann demonstrates how his output consistently remained innovative, exciting and “Altmanesque”.