Film Review: ‘The Man Who Saved the World’ 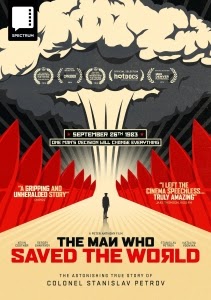 Peter Anthony’s The Man Who Saved the World (2014) is an odd duck much like its protagonist, the steely curmudgeon Stanislav Petrov. Part documentary, part docudrama, this film probes the post-Cold War consciousness of one who operated at the source. Petrov is a man who, for a few moments, held the threat of nuclear war in his hands and decided to act against it. Documenting the contemporary fallout of such a decision brings forth issues of national identity and personal repercussions. However, The Man Who Saved the World’s oddly conflicting styles creates a strange uncertainty – making it hard to gauge precisely whether the narration is reliable, despite the fact that these are true events. 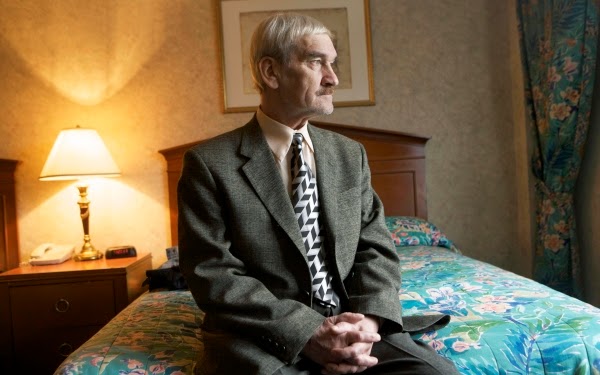 As we switch from documentary to docudrama, there’s a definite shift in the constructed reality and believability that comes with documentary towards something that, at times, feels hokey and melodramatic. “I’m not a hero. I was just in the right place at the right time,” Petrov mumbles in heavily accented English as he prepares to give a speech at the UN. Much to his chagrin, more than twenty years after he made the most monumental and notorious decision of his military career, Petrov finds himself in the United States to humbly accept recognition for his service during the Cold War. He’s a humble man now, a widower who prefers his own company to that of others.

Petrov’s decision against using nuclear weapons against American forces is a landmark not only in his life, but also in the Cold War itself (although he will tell you it was nothing special). His actions highlight a time (brought forth thematically in the film) when paranoia of foreign powers was at its height, when the divide between allies and enemies was demarcated in bold. This is emphasised in the dramatic re-enactments of Petrov’s wartime work and in the newsreel footage that is cut into the film. Both serve as a nice reminder and history lesson for the younger generations that there was a time when nuclear destruction felt very real to the majority of the world. Hearing Petrov speak so morbidly of that time in his now wizened state reads like a bleak memory being remembered. Director Anthony constructs these dramatic reconstructions effectively, letting the audience fully experience a time of tenseness gone by.

Amidst all of this remembrance of things past, of duties that must be served to one’s own country, of questioning where one can situate themselves in a war that feels so much bigger than themselves, the real moments of effective beauty are when Petrov is happy. As he goes on the American road with his translator, they bond very quickly both over their own Soviet identities and histories and well as American culture. Some of the shiniest moments are when Petrov meets Matt Damon (“Who is that?”) and when he sets out to meet his idol: Kevin Costner. There’s a refreshing lightness in these moments that’s sorely to lift the shroud off The Man Who Saved the World’s otherwise grey proceedings.