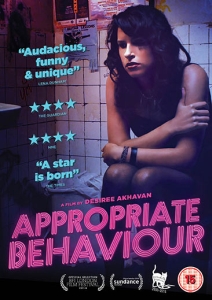 Joining the latest throng of female filmmakers baring their souls – and bettering their mainstream equivalents – through homegrown autobiographical independent films is the talented Desiree Akhavan, whose debut feature Appropriate Behaviour (2014) is something of a doyenne in the way it depicts an area of sexuality usually shied away from in cinema. Like Lena Dunham before her – whose HBO series Girls (2012-present) Akhavan recently appeared in – the Iranian-American writer, director, producer and actor takes total command of her maiden cinematic voyage, crafting something that is as insightful and raw as it is frequently hilarious. 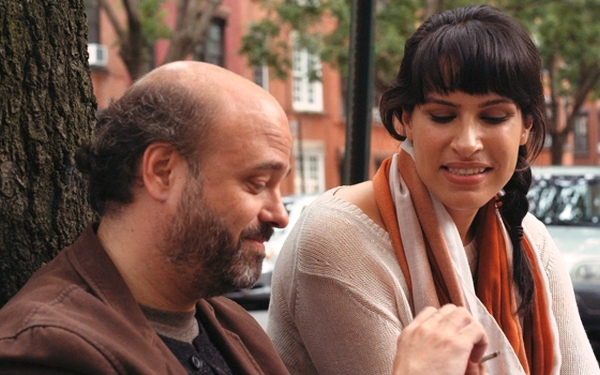 Chiefly drawing inspiration from Woody Allen’s hugely influential 1968 opus Annie Hall through its structurally pioneering representation of a doomed but passionate love affair, Appropriate Behaviour starts with the calamitous breakup between Shirin (played by Akhavan herself) and Maxine (Rebecca Henderson) then goes on to gradually fill in the gaps of their once idyllic union. For Shirin, a bisexual struggling through a late-twenties malaise of sexual and vocational uncertainty in Brooklyn, life is spent at odds with the expectations of her stifling family, who are both unaware of her sexuality and celebrating the engagement of her brother to an approved partner.

With the knowledge that, in her native country, homosexuality is an affliction dealt with by termination via stoning, Shirin is dealing with her narcissism-induced quarter-life crisis as best she can: wandering through employment and bedfellows, all the while discovering – through intricately woven flashbacks – where it all went wrong with Maxine. Having previously flexed her creative muscles with the lesbian-themed cult web series The Slope, a series of five-minute stories Akhavan created with Ingrid Jungerman, the filmmaker arrives fully formed for what is hopefully the first of many big screen dalliances. Playing a heightened version of herself, Akhavan imbues her character with an engaging form of hopeless endearment, delivering each of her witty bromides and self-deprecatingly revealing epithets with deadpan aplomb.

Like Dunham, Larry David and copious other storytellers who use the practise of representing a fictionalisation of their true selves to impart their personal views, Akhavan takes care not to over-egg herself, instead choosing to strike a balance between the personal and the relatable. This is helped by an atypical, down and dirty interpretation of New York, with nary an establishing shot in sight, and a treatment of sexuality that is frank without being grotesque or indulgent. Her feel for the interchangeable nature of comedic farce and tragic melodrama is also impressively handled. As a portrait of that awkward stage of acknowledging your true self whilst coming out to and seeking the acceptance of those around you, Appropriate Behaviour is introspective comedy at its finest, marking a blazing new talent who refuses the sentimentalise the everyday.