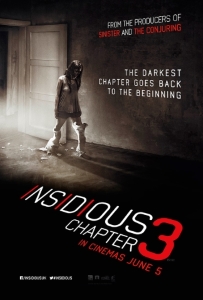 The laws of diminishing returns dictate that as a film series goes on, the more rote and tired that series becomes. Unless you’re a Fast & Furious franchise. But that’s only because the makers widened the goal posts and decided on a brand new direction with the reintroduction of Vin Diesel’s Dominic Torretto. A new vision for a wavering brand, the creative switcheroo paid off more than handsomely. But not all properties – be they action or horror – can get away with such brazen tinkering; and many dare not deviate from set templates, anyway. But perhaps that’s also why they so often go stale after the third or fourth picture? No guts no glory, right? 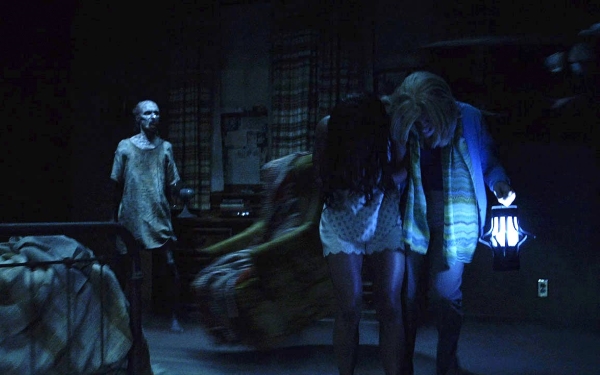 Insidious: Chapter 3 (2015) is actually a prequel. A supporting figure in previous instalments, psychic Elise Rainier (Lin Shaye) is bumped up to what is effectively the co-lead. When we meet her at this point in time, she’s out of the game. Worn down after the suicide of her husband, Elise is adamant about disconnecting the line to the spirit world. But like an old boxing champ, she’s coaxed back into the ring one more time. Insidious: Chapter 3 is about how this ghostbuster got her groove back. Taking over from James Wan, Leigh Whannell directs with some confidence. As a directorial debut and horror film it also demonstrates a clear understanding of haunted house tropes.

The Insidious movies can be described as gateway experiences and love letters to the genre. The hope is that audiences, having enjoyed them, will try other – maybe older – classics. Wan and his Saw (2004) cohort are well-versed in the history of screen horror and the two biggest influences on the world of Insidious remain The Shining (1980) and Sidney J. Furie’s underrated masterpiece The Entity (1982). They even cast Entity star Barbara Hershey to play the mother of Patrick Wilson’s possessed family man in the other entries. One quibble with the third entry, which is mostly likeable and certainly an improvement on the sequel, is the lack of development of the afterlife known as ‘the Further’. It’s still only being used as a portal to mount a rescue for a person in peril. That staple of the narrative hasn’t budged since the first one. Insidious: Chapter 3 is unquestionably lightweight material and really all down to the pleasures of ghost train frolics, but such are the uncomplicated joys of the horror movie.