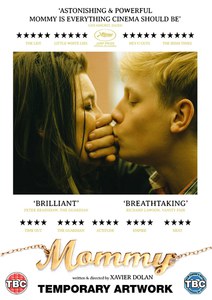 The fifth feature from worryingly prolific mid-twenties Quebecoise filmmaker Xavier Dolan, Mommy (2014) sees him returning to the themes that have fuelled his impressive quartet of features thus far, only here they are so tightly woven together to form perhaps his most robust piece of work to date. The winner of a jury prize in Cannes last year – the director has become something of a cherished darling on the Croisette – the drama is a repackaging of sorts of Dolan’s semi-autobiographical 2009 debut I Killed My Mother in that it focuses on the pangs of maternal love. Yet here his overarching question is posed in an intensely fraught way; how can conflicted personalities and emotions sustain compatibility? 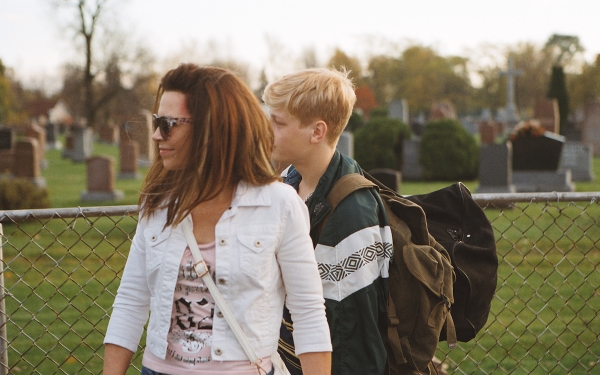 The story is an ostensibly simple one concerning a mother caring for her wayward son, yet Dolan inserts a convoluted fiction from the outset so as not to rest on familiar territory. Set in a version of Canada, which has recently seen the introduction of a fictional law that issues parents the “moral and legal right” to leave an unruly adolescent in the care of a hospital or specialised centre as a solution to the challenges of childcare, the film sees Dolan regular Anne Dorval (in a stunning performance) play Diane, or ‘Di’, a working class widow obliged to recommence her motherly duties. When her son Steven (Antoine-Olivier Pilon) – a lovable but troublesome 15-year-old prone to blinding bouts of physical and emotional rage – is ejected from a detention centre for violent behaviour, Di finds that their absence hasn’t necessarily made either of their hearts grow stronger.

Desperate to form a semblance of normality once again, the pair set about re-establishing their personal, professional and academic lives, which are given a new sense of hope when furtive neighbour Kyla (Suzanne Clément in a direct inversion of her fiery character in Lawrence Anyways (2012)) inserts herself into their household, establishing a makeshift and unsteady family unit. The question remains how long it will be before the carefully assembled equilibrium comes crashing down. As with any feature from the precocious, multitalented filmmaker, Mommy is ablaze with studied but impressive filmic aestheticism, from the considered mise en scène to his firm grasp on editing and the language of cinema, not to mention a typically refined pop soundtrack. Where this clear infatuation for splurging his prowess on the screen has in the past seen numerous detractors claiming style over substance – largely lobbied against his transsexual epic Lawrence Anyways – here Dolan consciously cuts back on the verbosity in order to hone in on the raw emotions that lie within such an intense domestic enclave.

This is best seen in his ability to outweigh the inherent melodrama of his story with moments of pure, unadulterated release; a group sing-a-long to a Celine Dion track shouldn’t normally be charged with such tear-inducing honesty, yet in Dolan crafts it to be as cathartic as it is wholly necessary to the moment. The same too can be said for an unusual scene where Steve literally pushes the film’s square 1:1 aspect ratio outwards to reveal a glorious widescreen reflection of his feeling of release, a continuation of the director’s curiosity with visual convention that is, of course, shot in slow motion. With two further projects in various stages of production, Dolan makes no bones about his intent to push his cinema in still unchartered territory, honing his voice whilst remaining as formally vibrant as he so pleased. If the results are as powerful and moving as Mommy, then more power to him.