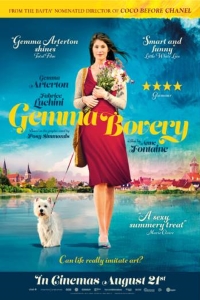 “A boring woman sick of her boring life is not boring,” claims Martin (Fabrice Luhini), the nosey French neighbour of Gemma Arterton’s titular Gemma Bovery (2014). He’s the narrator of this strangely quaint adaptation of Posy Simmons’s graphic novel that updates Gustave Flaubert’s Madame Bovary into a sarky modern setting. Martin, a former publisher who has relocated to Normandy, is struck by how closely his new neighbour’s life mirrors that of his literary heroine, Bovary – even to the name. Gemma moves with her husband (Jason Flemyng) to a dilapidated cottage and embraces Gallic life drinking wine, visiting the market, going to the boulangerie so she can learn the French for croissant. 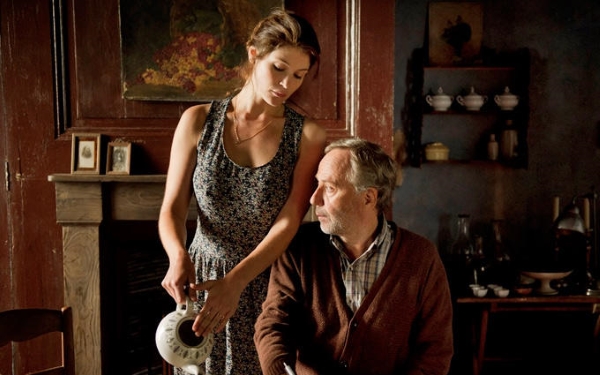 However, this new life ultimately bores Gemma and she soon runs off with a local law student – Arterton’s Gemma has already embodied the quintessential French froideur. Yet Anne Fontaine’s film is an awfully unsexy adaptation, a glamorised television movie, unsure whether it’s comedy or up-scale literary adaptation and failing on both counts. Arterton, best when she’s able to be witty and zany, is stilted here and while she captures well Gemma’s vacant expressions in her boredom, she can’t make her life seem interesting. In many way, Gemma Bovery has more than a passing resemblance with Stephen Frears’ version of Simmons’ other famous graphic novel, Tamara Drewe.

However, while Frears’ film used Arterton as a spiky glamorous rogue, in this she’s as inoffensive as a baguette in a boulangerie. Luchini adds spice to his role as the distant narrator, offering funny moralising platitudes about Gemma’s relationship when his own voyeuristic relationship is distinctly suspicious. But his character seems restricted by what he can do – gleefully reading bits of Flaubert’s text to warn Gemma what might be next. Perhaps scriptwriters Pascal Bonitzer and Fontaine fancied that audiences au fait with the Flaubert text would enjoy the knowing winks; it feels more that Gemma Bovery goes through the motions of the novel, restricted by its own pretensions to meet high-brow literature. That’s not to say a modern update of Bovary can’t work, or audiences aren’t tired of straight adaptations – Sophie Barthes’ 2014 Mia Wasikowska vehicle hasn’t even got a release date in the UK – but it needs to be less boring.