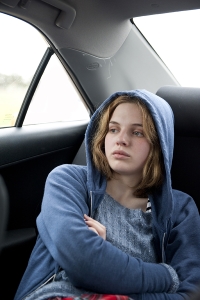 Cut-up family tragicomedy Looking for Grace (2015) is Sue Brooks’ fifth feature film and premièred in competition at the Venice Film Festival today. Odessa Young plays Grace, a young girl who for motives unknown has decided to go walkabout with her friends Sapph (Kenya Pearson). Travelling across West Australia on a bus, they meet up with a young chap Jamie (Harry Richardson), who takes a shine to Grace, much to the chagrin of Sapph who decides to head back home. Things don’t quite work out the way Grace was hoping and she is left without money in the outback, but just when things look to be heading a familiarly depressing route, mum and dad turn up in the family car. 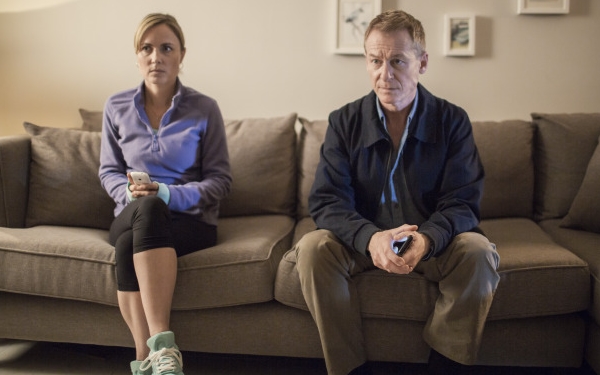 This anticlimax is only the beginning as the film divides up achronologically into distinct chapters which each follow a separate character, often revisiting scenes from new perspectives. Such narrative play feels a bit thin, especially as the interest is led away from characters. Plot points are revealed, but the motivation or inner life of the characters are left as empty and unknowable as they were to begin with. The titling of the chapters ‘Grace’s Story’ etc. also makes the idea feel over-literary and neat, rather than the confusion endemic in something like 2003’s 21 Grams. Grace’s mother Denise (Radha Mitchell) is the first to be alerted to her absence by a note and the empty family safe.

Denise’s husband isn’t picking up the phone but when he does turn up, Dan (Richard Roxburgh) reveals that a substantial amount of money was stolen. Denise and Dan are comedy gold and both actors make the most of their roles, but their quirkiness and the broader comedy that takes over with the arrival of the extended family, drains the film of any urgency. Denise seems more worried that Sapph’s mother should be allowed to drive alone than that her daughter is missing. Tom (Terry Norris), an old man who moonlights as a private detective, is introduced and accompanies the parents on their sudden road trip to go and find Grace. A truck driver is taking his son to work with him is also introduced, purely to be Chekhov first act gun hanging on the wall. At this point, many will already have guessed the denouement, but even if you haven’t, the switching between stories and the frustrating of forward motion begins to wear thin. The characters are all likeable, but we never really get to know them and the film is fatally compromised by a jerk into tragedy. Katie Milwright’s cinematography is so beautiful as to suggest that all along we weren’t really looking for the character Grace as we were looking for grace itself: the final shot is a particularly beautiful intimation that we have found it. “I wasn’t lost,” Grace tells her parents. “I always knew where I was every second.” One feels that this pedantic logic might hold for Looking for Grace, but some in the audience might well feel bewildered as to where we got to and what it all meant.