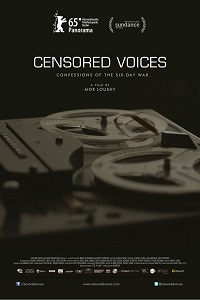 1967’s Six-Day War provides the setting for Censored Voices (2015), an arresting oral account of the conflict from the mouths of soldiers fresh from the battlefield; though one that never pushes its subject as far as it might. In a similar vein to recent docs like Liz Garbus’ Love, Marilyn (2012) and Vanessa Lupa’s The Decent One, Mor Loushy’s film hinges on the unearthing of previously undiscovered personal ruminations. Until now, much of the audio remained under the lock and key of the Israeli army. 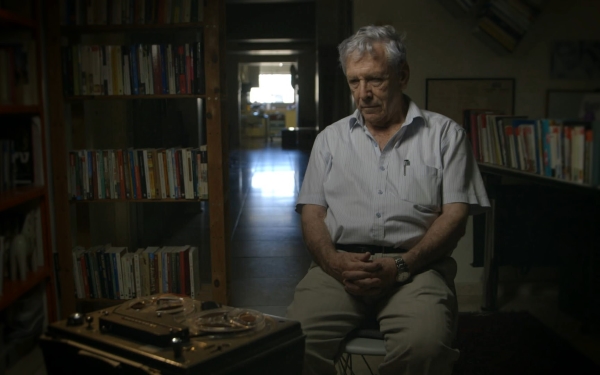 Rather than Marilyn’s diaries or Himmler’s correspondence, these are tape recordings from the weeks following the war in which Israeli soldiers opine, often eloquently, on their experiences. As these cassettes relay their crackling dialogue, reaching forward through almost fifty years, Loushy sets them to a breadth of archival footage from the period, as well as inserts from the present day, mostly of the men sat, inscrutably listening to their younger selves. Writer Amos Oz, whose childhood memoirs have recently been filmed as Natalie Portman’s A Tale of Love and Darkness, was involved in the recordings and found people’s willingness to open up miraculous: “I didn’t think people would; I didn’t think I would.”

Although he explicitly states that the intention was to capture not what these fighters did but how they felt, it is undeniable that Censored Voices struggles through its opening section to break free of conventional recollection and dry delivery. Some juxtaposition is clear in the euphoric descriptions of the victory and the far less triumphant language used as Oz toured kibbutzes collecting his contemporaries’ testimonies, but the fact that the glossy modern footage does not interrogate whether those sentiments endured limits the scope of the piece to that of a time capsule. Some of the subjects express shame, grief or affirmation through almost imperceptible expressions as they take in their words of years previous, but their hindsight is never truly engaged with. When one soldier near the film’s close questions, “are we doomed to bomb villages every decade for defence purposes?” it is an incredibly prescient and thought-provoking moment.

Regrettably, there is no follow-up to reflect on that forethought. There are times when this is evident without investigation, however, and as Israel beat the odds and extended their borders into Egypt, Syria and Jerusalem the lack of jingoistic nationalism is marked. “Zionism is a tragedy from the start,” says one man, not because of the belief in a Jewish state, but due to the inherent dislocation of other people from their homelands. In the most upsetting sequences, soldiers see similarities between those they have forced from their homes to the Jews shuffling like sheep into concentration camps. In some instances this link is made by people who are old enough to recall both. It’s in these kinds of moments that Loushy’s film truly excels, but too often Censored Voices suffers from its subjects modern day silence, regardless of the reasons behind it.