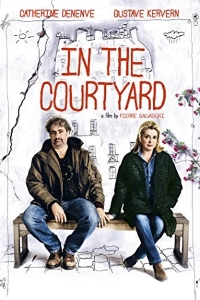 French icon Catherine Deneuve graces our screens once again in Pierre Salvadori’s Dans la Cour (2014), a delicate Parisian tragicomedy about a community in an upmarket Parisian apartment block. Dark and emotionally complex, it still offers moments of eccentric silliness. French TV comedian Gustave Kervern stars as Antoine, a grizzled, lonely drunkard who abruptly walks off stage at his band’s gig in the opening scene. In the meantime, he drinks high percentage beer and ogres around talking to himself, but after a trip to a job centre, Antoine somehow finds himself being interviewed for a concierge position. 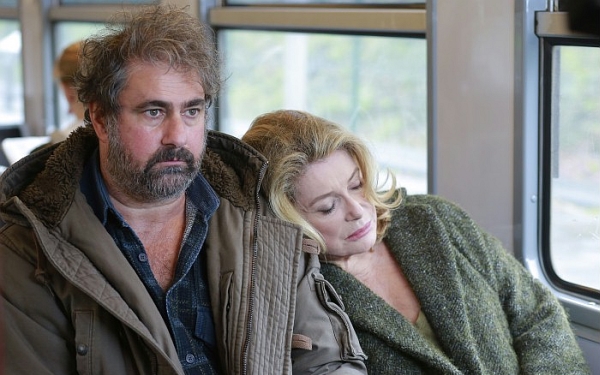 Despite his despondency and visible lack of skills and experience required for the role, Deneuve’s Mathilde – a charity worker living in the courtyard – insists that her husband hire him. As a result, the pair strike an unlikely friendship that’s tenderly portrayed – if occasionally a little on the slight side. Inside the apartment block we meet as eccentric a dramatis personae as you can expect from a French microcosm: we have an architect who irritates Antoine in his constant complaints about the cleanliness of the courtyard, a druggie who earns money by stealing bikes and selling them on, and a homeless immigrant named Lev who sells hopeless self-help books for a bizarre religious cult called the Emissaries of Light.

Dans la Cour could have easily been yet another French comedy of manners, but Salvadori directs his latest film with darker, more sophisticated turns. Kervern’s Antoine ogres around like a loveable rogue, but he’s also a lonely and disturbed soul. One could imagine as what Llewyn Davies would be like in his forties – and if he were French and overweight. More than that, it’s in Deneuve’s Mathilde that the film descends into unexpectedly gloomy territory. Her obsession with a crack in her wall, which begins life as a source of comedy, soon encapsulates her mental collapse as she becomes more and more isolated from her husband, her neighbours and her own reasoning. Deneuve, who still regularly stars in two or even three new films a year, is rightly a French cinematic institution, but the 70-year-old is still very funny. Although it could be argued that she’s less successful at portraying a woman realising her own mind is faltering, that’s more a fault of the film’s script, which switches tonally with wild abandon. Saying that, the dark heart of Dans la Cour makes its comedy ever more piquant, while Deneuve and Kervern are exceptional as two lonely souls finding solace in each other’s company during the twilight years of their lives.