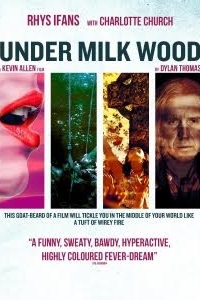 In his childhood town, in his beloved Wales, Dylan Thomas is spinning in his grave. In what may be one of the most perverse and unusual approaches to unfurling a poetic work across the big screen, Under Milk Wood (2015) makes a great effort to little reward. It’s a disorienting adaptation and not in an amusing mid-century, stream-of-consciousness manner. This is the second time Thomas’s lyrical radio play has been brought into the cinemas but this second effort is reaching for recognition and offering little in return. 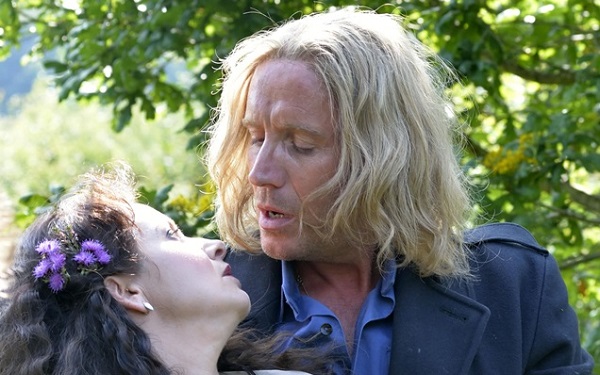 It seems everyone involved in this charmless homespun tale is confused about what exactly they’re doing – and it shows. In the sleepy seaside town of Llaregubb, the blind, weather-beaten Captain Cat (Rhys Ifans) narrates, thus drawing us into the somewhat unusual goings-on of the town’s residents. We weave through bedrooms and the town square, over the hills and through the graveyard, all while being melodically informed by Cat and a host of other nameless narrators. Each resident of Llaregubb appears maddened by their own vices: sex, murder, greed, foolishness – there’s little to save these poor souls. What comes together is a jaunty, feverish tapestry of a town trapped in time. Every person is painted in the likeness of someone you may know from your own hometown but cast into an uncanny valley of small town life.

In short: Under Milk Wood is a mess. At length: It is tone-deaf, sputtering on the fumes of Thomas’s renown, hoping to make a proud entry into the author’s canon. Kevin Allen – director and, here, a mad scientist of sorts – as well as writers Michael Breen and Murray Lachlan Young have confused dark comedy with downright absurdity. Thomas’s words are transposed here into some truly grotesque scenes (including, but not limited to): a family of humans in mice masks sitting round an evening fire, the town drunkard dressed a satyr and lusting over raw steaks for one of the town beauties, a very portly couple trysting in stained clothing and the town reverend being lifted up in his bed and carried around in the water by four Tahitian male dancers. There’s absolutely no subtlety or craftsmanship deployed in bringing the town of Llaregubb to life. In turn, the ick-and-confusion factor is turned up to eleven. This reviewer highly recommends searching out the 1972 Richard Burton-Peter O’Toole iteration of this work rather than this thoroughly ham-fisted mess. Dylan Thomas, Welsh treasure extraordinaire, deserves better tribute than this and not even a pleasing performance from Rhys Ifans can save it.