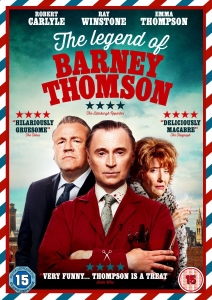 Robert Carlyle exhibits little flair in his dispensable directorial debut The Legend of Barney Thomson (2015). With a crack-shot cast and well captured locations in and around Glasgow, the film passes by easily enough but is a lightweight affair never aspiring to more than poking fun and raising the odd smile. Any – and all – depth and characterisation is sacrificed in the process. Socially inept and unloved, Barney (played by Carlyle himself) has built his life around being a barber, the one thing in life that’s stable and rewarding. 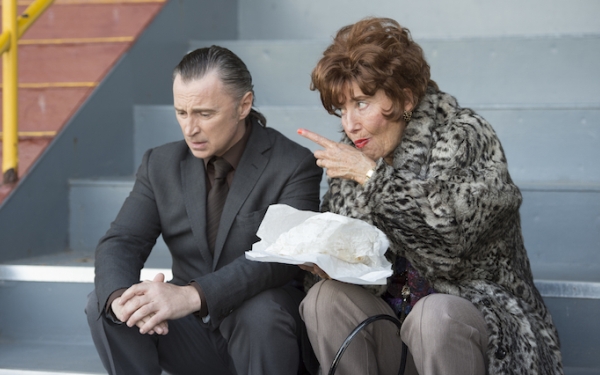 But when he’s told he only has a month left to work because of his lack of charisma and banter, Barney explodes in a sudden fit of rage. The consequences of this are to put him under the spotlight of the local police force, specifically Detective Inspector Holdall (Ray Winstone), whose close on Barney’s tail as he clumsily tries to cover his tracks. The various twists and turns that follow are about as predictable as they come. Revelations abound and propel Barney into a downward spiral from lowly barber to serial killer.

Adapted from Douglas Lindsay’s novel series, the script takes a somewhat casual approach, with the odd moment of bleak black humour deployed to liven up an otherwise flagging narrative. The issue is, however, that the film is never sharp enough. Most of the laughs come from the thick Scottish accents and the multitude of ugly stereotypes which are obvious and overstated. Such shorthand would be fine if there were more details in the depths, but this is all surface. The humdrum characters have no real defining features, and the meat of the narrative is never anything more than the killer cliché of a manchild with parent issues. What can be said is that the cast do their best to inject some life and soul into the film.

Carlyle is perhaps the least well cast, and should have maybe let someone else play Barney as he doesn’t bring a whole lot to the part. Winstone is as fiery and punchy as always, and Ashley Jenson plays nicely against type as a sweary and dominating police officer desperate to overthrow Winstone’s detective. Emma Thompson as Barney’s boozy, dolled up and bingo obsessed mother, feels like she’s been plucked from a different universe entirely, but she scores some of the films biggest laughs and genuinely becomes her part. The Legend of Barney Thomson has a few redeeming features scattered throughout, but for Carlyle it’s much too bland and undefined.