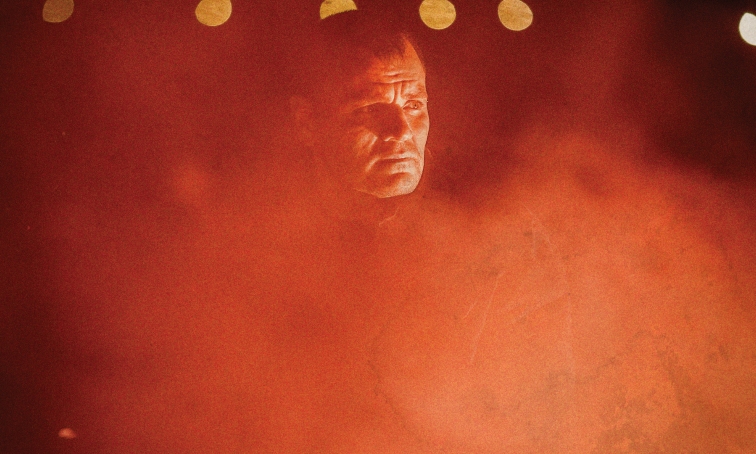 How do we respond to tragedy and suffering when we encounter them? When our societal institutions are strong, we tend to see it as the state’s role to right wrongs and promote justice. Though altruism and charity are welcome, it is the police, public healthcare and the welfare system that are expected to deal with criminals, the sick and the homeless. But what happens when institutions are fragmented and the social fabric weak? Do we turn a blind eye and shrink into ourselves, or do we take justice into our hands and become vigilantes, even though this might involve breaking the law?

In eastern Ukraine, Pastor Genaddiy Mokhnenko chooses the latter, rescuing homeless and drug addicted children from streets of decaying industrial city Mariupol and rehabilitating them at his shelter known as ‘Pilgrim’. He approvingly cites the works of Dostoevsky, who once said that each man is responsible for all of humanity’s sins. Steve Hoover’s documentary Almost Holy follows Gennadiy over time as he builds Pilgrim into the largest organisation of its kind in the former Soviet Union and establishes himself as a fierce social critic and activist. Gennadiy constantly alternates between the roles of policeman, social worker and political activist.

At one moment he is bursting unannounced into a filthy apartment to rescue a young deaf woman regularly raped by her ‘guardian’, the next he is on a national talkshow berating establishment figures for their policies or assembling protestors in front of pharmacies that sell drugs to underage children. Beyond anything else, it is Gennadiy’s electric screen presence which makes Almost Holy such compelling viewing. While he possesses the reflectiveness and spiritual awareness one expects of a pastor – at one point describing his own existence as a “speck in the universe” – he is also charged with physical and emotional energy, as in scenes where he pummels a punching bag or his voice cracks in sorrow at the depravities he regularly witnesses.

Hoover’s documentary is full of stimulating ideas and observations, from the challenges facing post-communist societies in transition – Gennadiy is a big fan of hot dogs and takeaway coffee, and blames the Soviet Union and Lenin for much of Ukraine’s present ills – to the ingredients of good parenting and the insecurity triggered by Russia’s covert invasion. Stylistically, Almost Holy is unusually bold for its genre, with cinematographer John Pope’s creative use of slow motion and blurring effects giving it genuine cinematic weight. Atticus Ross’ metallic, atonal score sits perfectly with the film’s dark themes and the frequent shots of Mariupol’s grim industrial landscape, while inserts from a Soviet-era cartoon about a do-gooder crocodile (from whom the pastor takes his nickname – ‘Crocodile Gennadiy’ – which also gave the film its original title) are both poignant and bitterly funny.

While at times all these different elements make the film feel slightly crowded, at no point does Almost Holy drag or become any less fascinating. Towards the end, we are shown a video clip of the pastor in which he debates “giving up his robes in order to fight for his country”. Yet Gennadiy has already proven himself a hero, by saving the lives of thousands of forsaken children. For their sake, and that of his country, one must hope that he does not feel the need to do so once more.
Maximilian Von Thun | @M3Yoshioka