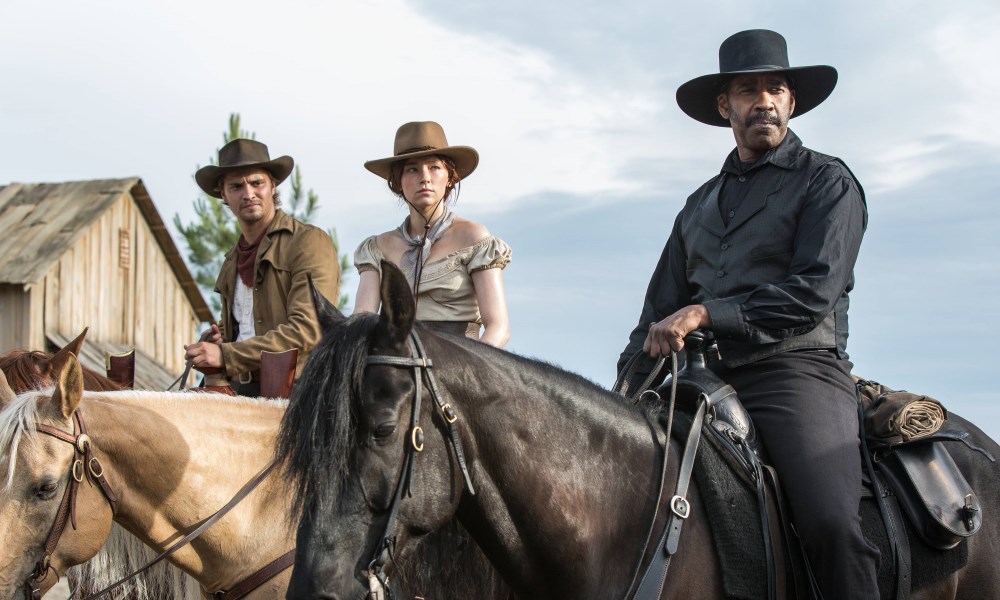 There are a few moments at the beginning of Antoine Fuqua’s The Magnificent Seven when it seems to make a case for its own existence. The trailers may have done their darnedest to make it look like a frontier Suicide Squad (did nobody tell them how that worked out?) but at first glance it appears there may be more to this western remake than you might expect. It’s all too brief a flicker, though, and soon enough a motley band of banal heroes must face off against an unassailable enemy with nought but their six-shooters and a thirst for justice. The result is charmless and forgettable.

But it wasn’t always so. When the action opens on a town hall meeting in a local church, it seems that this rehash of John Sturges’ 1960 original (itself an adaptation of Akira Kurosawa’s Seven Samurai) might actually have something to say for itself. Diverging from the previous incarnations, the premise this time around doesn’t involve a band of marauding bandits attacking a small township but a gold tycoon bleeding the land dry and forcing local settlers to sell up, by any means necessary. It’s got the potential to be a western for the post-Occupy world, where Peter Sarsgaard’s 1% – named Bogue – makes good by exploiting the well-meaning folk who are left destitute or, worse, dead. “This country has long equated democracy with capitalism, capitalism with god,” sermons Bogue, a jar of dirt in his hand to represent their land. Within minutes, though, he’s proven to be a moustache-twirling baddie and young widow, Emma (Haley Bennett) has set off to find the town of Rose Creek some saviours.

The septet are a diverse bunch, led by Denzel Washington’s Chisolm and including a war-veteran sharpshooter (Ethan Hawke), a Korean assassin (Byung-hun Lee), a Mexican outlaw (Manuel Garcia-Rulfo), a burly tracker (Vincent D’Onofrio), a Native American warrior (Martin Sensmeier) and Chris Pratt (effectively playing Chris Pratt). Their camaraderie and efforts to rise above prejudicial tensions again speak to a 21st century sensibility, but highlights are few and far between. The relationship between Chisolm and Goodnight Robicheaux (Hawke) threatens to be of genuine interest, but flatters to deceive. No one else has any real chemistry and much of the witty repartee misfires. In particular, much of Chris Pratt’s banter feels forced, particularly when delivered by such a natural comedian.

Richard Wenk and Nic Pizzolatto’s screenplay completely lacks the interpersonal vibrancy that a film like this needs and this is glaring given that it maintains the slow-build tension of the original. There is one reasonably sized skirmish to show off the team’s skills and whet the appetite, but otherwise the plot sticks to the formula and focuses on the preparations for the epic climactic firefight. Regrettably, that fight is neither as exhilarating or tense as it should be, the poignancy of hearing James Horner’s enjoyably genre final score outstripping anything that the rest of the film has to offer. There are odd potshots that hit their mark, but otherwise this one is way off target.