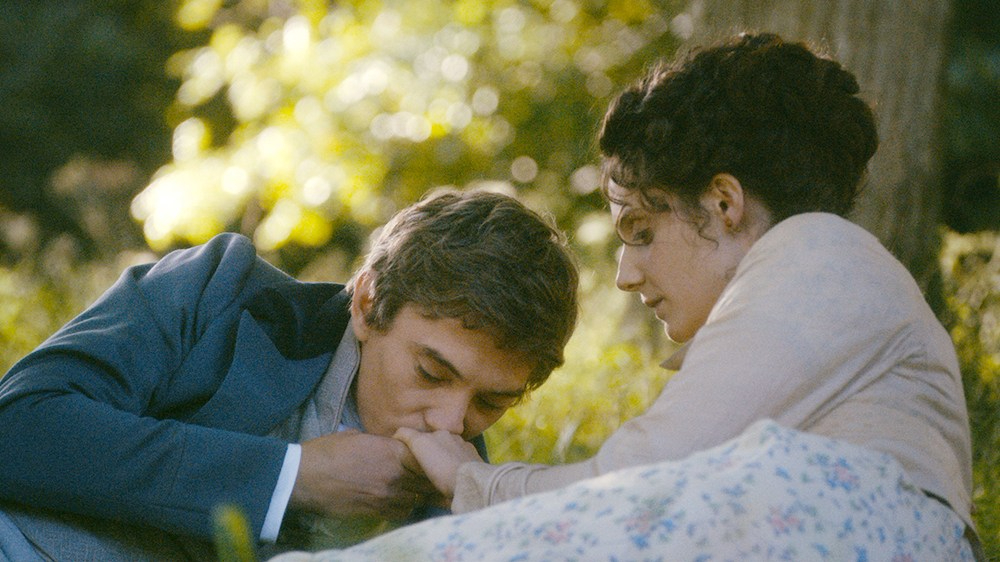 Following hot on the heels of the Cannes prize winner The Measure of a Man, French director Stéphane Brizé returns with his adaptation of Guy de Maupassant’s first novel, A Woman’s Life. The woman in question is Jeanne (Judith Chemla), the only daughter of wealthy aristocracy. Her father is the Baron (Jean-Pierre Darroussin) and Baroness (Yolande Moreau) Le Perthuis des Vauds.

The family pass their time at the chateaux undertaking humble pursuits, tending the vegetable garden and playing backgammon, while Jeanne finds friendship with her maid Rosalie (Nina Meurisse). When a new neighbour, the relatively poor but attractive Viscount Julien de Lamare (Swann Arlaud) moves in it isn’t long before Jeanne has agreed to marriage. However, if Brizé’s latest teaches us anything it’s that happiness is fleeting and trouble is always around the corner.

Jeanne’s life resembles something of what Lady Lyndon must have suffered if Barry Lyndon had been from her point of view. Infidelities, painful in themselves, also rob Jeanne of female companionship and despite a reconciliation, her happiness is once again fleeting. As the narrative progresses, the catalogue of woes begins to build up so that each hammer blow of fate begins to feel like a serious version of Unlucky Alf from The Fast Show. Of course her beloved spoilt son will grow into a wastrel. Of course the estate will decline and Jeanne’s health and perhaps her sanity with it.

All of this is captured by Brizé in the box of academy ratio (or something close to it) in a series of short, precise scenes with many telling absences and ellisons. We see Jeanne’s wedding night but not her marriage, tombstones but not death scenes and we never go further than the nearby coast. Jeanne is also frequently shot reacting but rarely as an agent in control of what’s going on around her. Her constant victimhood does become wearing as the film progresses and some of her more predictable misfortunes may be met with exasperated laughter. However, Chemla’s performance is a revelation and keeps Jeanne sympathetic even as she ages into a bitter old woman who blames her long-suffering maid for her situation. Just as Vincent Lindon picked up an acting gong in Cannes for The Measure of a Man, so Chemla would be a worthy recipient of similar honours on the Lido.

A Woman’s Life is a modest chamber piece, a series of sketches revealing a life of quiet desperation, which eschews melodrama and, for the most part, platitudes but exhibits great tenderness and sensitivity. There’s also a laudable courage in keeping the story so tightly focused on its heroine. The dramatic history of France in the period is a looming absence. In the course of the twenty-seven years during which the film is set, a whole bunch of revolutions leave the inhabitants of this corner of rural France untouched. However, these personal tribulations can absorb and ruin lives just as effectively and the possibility of genuine change seems remote.