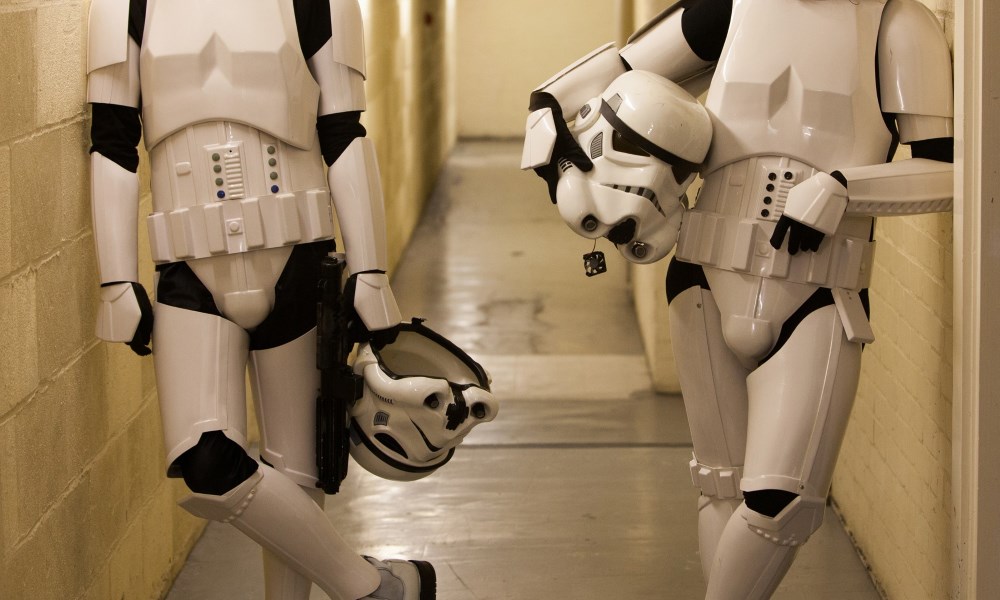 Has there ever been a pop culture phenomenon more endlessly discussed, analysed or obsessed over than Star Wars? Amongst its ever-expanding universe of spin offs, sequels, and relentless fandom, it’s difficult to imagine a new way of looking at the franchise. In his documentary Elstree 1976, British writer-director Jon Spira has achieved just that, privileging the stories of Star Wars’ myriad forgotten extras and bit players over those of their more illustrious colleagues.

Spira’s documentary is one of surprising intimacy and insight, and Elstree 1976’s smartest move is to keep the more familiar elements of Star Wars in the background: for those only interested in lightsabers and Sith lords, this is not the film you’re looking for. The most famous of Elstree 1976’s figures is David Prowse, the actor who played Darth Vader. Prowse cuts a charming, if slightly kooky, figure. His early career is oddly reminiscent of Arnold Schwarzenegger’s, both in their shared backgrounds as body builders and in their limited dramatic range; Prowse’s notion that his West Country accent was dubbed over by James Earl Jones due to budget limitations is as funny as it is deluded, and his confession that he still has his PSA Green Cross Code Man costume in a wardrobe is lovely in its quaintness.

Prowse, of course, declines to mention whether he ever retained his other iconic costume. Spira has got a knack for drawing out the human, almost parochial, idiosyncrasies from his subjects, focussing for a good portion of the film on the petty spats between actors over who is sufficiently accomplished to be allowed on the semi-lucrative convention circuit. Invariably, those with the least ambition come across as the most likeable, particularly John Chapman, an anonymous X-Wing pilot who now works with schoolchildren. The man under Boba Fett’s helmet, Jeremy Bulloch, is similarly under no illusions that his success has far more to do with fandom’s obsession over his character than his personal performance.

Lacking, perhaps, is a probing psychological depth that might have come from narrowing the film’s field of view to a few key figures; Spira is great at introducing his players but stops short of really letting us get to know them, leaving us wanting more of Prowse’s oddness, more of Angus McInnes’ ego, more of Chapman’s everyday normality. Nevertheless, Spira has genuinely found something new to say about Star Wars, producing something with value and insight to appeal beyond just the fan faithful.