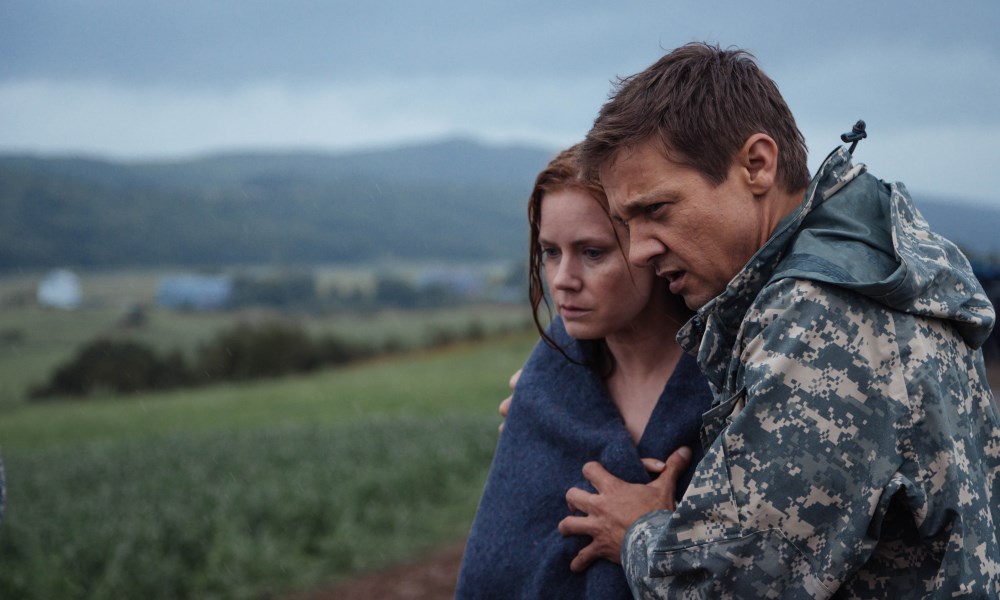 It’s a question posed by international relations scholars and armchair strategists alike: if aliens were to invade earth, would we finally learn to get along? In Arrival, Denis Villeneuve ventures an answer and proves himself a master innovator of science fiction. Amy Adams is phenomenal as renowned linguist Louise Banks who is brought in to decipher the aliens’ language and find out what they want. Terrified at first by the prospect of entering the mysterious egg shaped vessel, it is wonderful to watch her grow in stature as she begins to believe in her ability to communicate meaningfully with the extra-terrestrials.

While this is undoubtedly Adams’ film, Forest Whittaker and Jeremy Renner are excellent as mission leader Colonel Weber and theoretical physicist Ian Donnelly, the latter adding a subtle touch of humour to the otherwise grave proceedings. What makes Arrival so startlingly original is its refusal to play on the base emotions of fear of the “Other” so common to the genre. Villeneuve doesn’t try to ramp up the tension by taking ages to show us what the aliens look like, and when they are introduced, they are more interested in communication than annihilation. But Louise’s attempts to deconstruct the Jackson Pollock-like symbols that make up the aliens’ written language are not the only reason that Arrival is such an impressively cerebral experience.
This is blockbuster science fiction with intellect; meditations on linear versus non-linear time, the ambiguities of linguistic meaning, and the way different languages shape our perceptions of reality. These ideas constitute just a few of the philosophical treats Arrival has to offer. Villeneuve even succeeds in adding a formidable geopolitical component to the mix without causing it to overflow, a testament to his unparalleled versatility. Instead of siding with the “West” or any single nation, Arrival gets us to reflect on the rash decision-making and hasty interpretations that make humanity the conflict-prone species it is. Despite its abstract preoccupations, Arrival combines the galactic with the intensely personal thanks to a moving subplot involving Louise’s daughter, Hannah.
Played at different ages by Jadyn Malone, Abigail Pniowsky and Julia Scarlett Dan, her story is told through the brief and beautifully shot memories that strike Louise at various points in the film. They are heart-breaking even before their meaning becomes clear. In fact, Arrival‘s entire aesthetic is exemplary, from the uniquely designed spaceship to the exceptional cinematography that alternates smoothly between alienating distance and intimate close-up. The interior of the “shell” – as the army call it – looks like it could just as well be a contemporary art installation or a visual representation of the psyche. The eerie, creaking soundtrack by Jóhann Jóhannsson – who also scored Villeneuve’s guttural Sicario– is full of ominous beauty.
Arrival combines the intellectual rigour and refined sensibility of art house cinema with the epic scale and grand emotions of the Hollywood blockbuster. Although based on Ted Chiang’s award-winning philosophical novella Story of Your Life, Villeneuve and writer Eric Heisserer surely had their work cut out turning it into such compelling cinema. Like the agitated Twitter clips that circulate the globe soon after the aliens’ arrival, Arrival warns us against the dangers – magnified in a world of instant communication – of jumping to conclusions instead of reflecting on the facts.