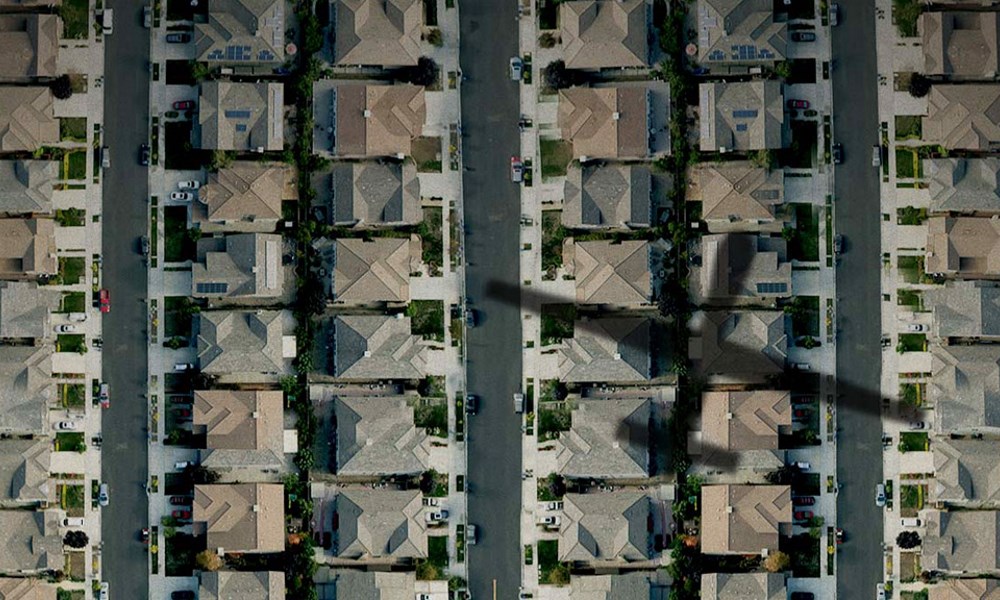 Drone warfare is widely condemned on the basis of its relative safety and detachment from the horrors of combat. If you’re going to kill someone, you should at least have the steel to look them in the eye while you do it. This maxim is turned on its head a little by Sonia Kennebeck’s chilling documentary National Bird, which examines the personal ramifications of this most impersonal bloodshed. This might seem counterintuitive, but it comes to make total sense as she follows three whistleblowers trying to come to terms with guilt, post traumatic stress, and the threat of espionage charges as they concurrently attempt to educate the American people.

That’s not to say that National Bird doesn’t also wish to highlight the gruesome destruction rained down by these 21st century surveillance craft. Kennebeck juxtaposes Obama’s claims that drones allow the United States to take out high value targets with minimal collateral damage, against the scarring firsthand experiences of its interviewees. “I was still under the impression that America was saving the world – that we were Big Brother and we were helping everyone out,” explains Heather, a former drone imagery analyst. Quite besides the all-too-apposite Big Brother reference, the message is clear – drone warfare is cleaner than traditional methods and helps to fight the good fight.
Another former drone analyst, Lisa, recalls thinking that she was on the right side of history but soon learned otherwise. One of the most blood-curdling passages of the film is a reconstruction of a bombing in Afghanistan from the transcripts of the conversations being had by those controlling the drone – and ordering the strike – back in the US. The disregard for human life, aiming at a convoy that transpires to be civilians including women and children, is brazen and terrifying. Kennebeck intercuts it with interviews with the devastated Afghani family, and others crippled and bereaved courtesy of drone surveillance.
Lisa has travelled there in an attempt to slowly atone for her part in the war. She bitterly reads a letter of commendation for her personal role in 121,000 deaths over two years. “You do the math,” she says referring to the decade of military operations in the country. Despite the obvious strains that she has endured, Lisa seems to be in a healthier place than Heather or the third subject, Daniel. Kennebeck flits back and forth between this triumvirate of stories, segueing between their overlapping testimonies, each of which is meticulously considered so as not to open themselves up to the attentions of the government’s Espionage Act.
Daniel has already suffered some bad luck, his house raided by the FBI and the proverbial sword of Damocles left dangling above him with no word on when – if ever – charges will drop. You might surmise that he is the worst off, with the war still rearing its head and causing him anxiety every day. However, the crux of what Kennebeck is showing, perhaps most poignantly in Heather’s attempts to verify her PTSD and claim disability benefits, is that none of them ever leave behind what they saw and did, even though they were half a world away.
National Bird is released in the USA on Friday 11 November, 2016.