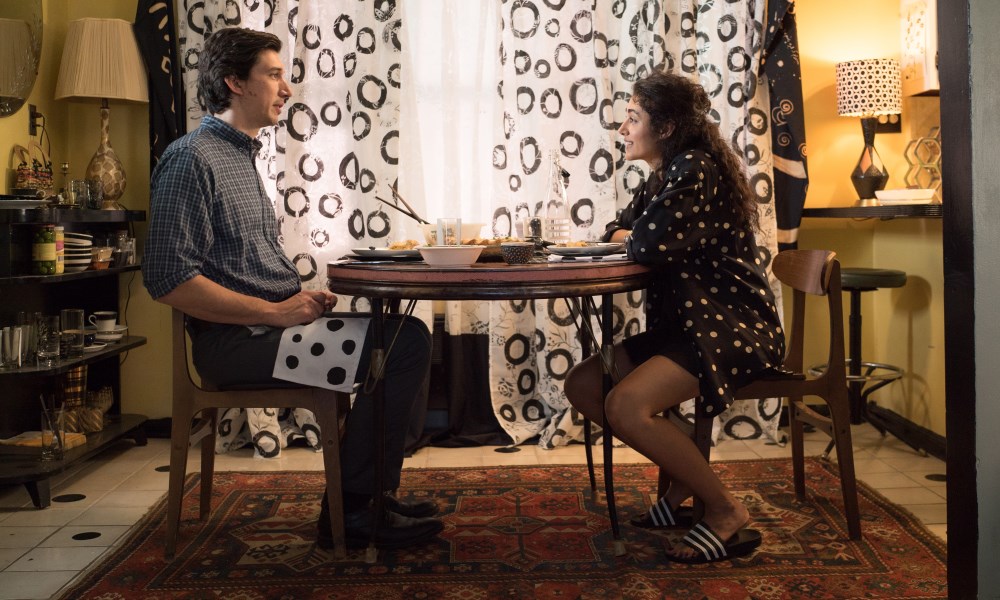 Paterson teaches us that there is beauty to be found in all things. Poetry, meaning and further dimensions to even the most mundane trivialities of everyday existence. In Jim Jarmusch’s latest, which takes place in contemporary New Jersey, Adam Driver plays a bus driver and amateur wordsmith named Paterson. Cyclical, overlapping layers, in narrative, naming and construction, make this week-in-the-life of a lumbering, ironically monosyllabic dreamer and his wonderfully wacky and supportive other half, Laura (played exquisitely by beautiful Iranian actress Golshifteh Farahani), a softly spoken, spellbinding and kooky triumph.

With Paterson, Jarmusch meditates on how true creativity may rise in the most unlikely of places (a laundrette, for one) and like its oddly stoical protagonist, the film says a lot with very little. It’s a love letter to the luminaries issued from this nondescript blue-collar town who adorn a local bar’s wall of fame – to which Paterson aspires, perhaps, as he stares pensively toward the bottom of his beer glass. Here we have a refreshingly harmless human drama where nothing too serious or menacing occurs – but for the mischievous machinations of the couple’s wily, and truly tremendous, British bulldog, Marvin. In fact, little outside of day-to-day routine happens at all but in going about their Monday to Friday as normal, this couple provide a profound look at what makes ordinary, and not so ordinary folks, tick.

All of life can be found – and importantly overheard – on public transport and as Paterson drives his daily route he eavesdrops on two men boasting of affections from women they are too chicken to talk to, young pals recalling the fateful life of Hurricane Carter, university age hipsters name-dropping whichever political activist was en vogue that week. There’s an ease and naturalism to the writing which is a delight to ingest. Paterson, and indeed Jarmusch’s script, takes inspiration from observation and lines of poetry appear scrawled across the screen in sync with his pen flowing over the page of his precious notebook. Whoever would have thought a love poem could come from a box of Ohio Blue Tip matches?

Paterson, eating his morning Cheerios, sees flaming expression in their simplicity and a representation of his understated but all-encompassing love for Laura in the box’s megaphone-shaped lettering. He’d like to shout it from the rooftops but this is the only way he can. The Great Falls of the Passaic River prove a popular lunch spot and his thoughts cascade as a stream of consciousness, admission or ever confessional which slowly builds his character. These secretive, internalised words are his only means of expression and initially there is something a little unnerving in Driver’s languid movement and uncomfortable social interactions but rarely has there been such expression in purposeful vacancy.

It’s a tremendous turn; almost an example in anti-acting. We follow the same footsteps to and from the depot each day, but in discovering new sections of the town, in a refraction and reflection of light in shop windows and in Laura’s recollections of far-flung, often mythical dreams each morning as they wake, Paterson reaches much further than its insular bare bones would have you believe. Keep an eye out for the recurring motif of twins: perfectly matched identical beings who rhyme visually in contrast to Paterson’s sprawling, free-formed stanzas. Why does Laura barely leave the house and why is she so obsessed with monochrome decoration we may ask? It really doesn’t matter. That’s what she’s happy with. Life isn’t black and white. There’s something very reassuring in the fact that for the most part it’s grey.