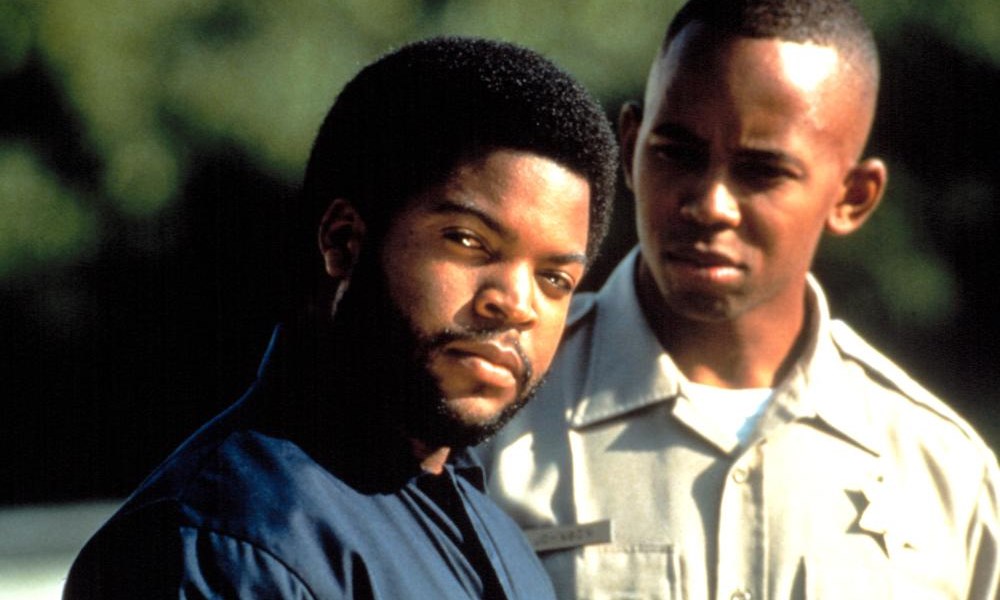 Director Charles Burnett made perhaps one of the greatest cinematic accounts of marginalised black lives with his 1978 classic Killer of Sheep – a film which was offered a thoroughly deserving retrospective and re-release by the BFI a few years back. Made almost two decades after his breakthrough feature, The Glass Shield is certainly an ambitious venture, and a decidedly leftfield prelude hints at a potentially intriguing and unconventional discourse on institutionalised racism.

Unfortunately, this never really materialises and instead the film sluggishly ambles along, pulling in an airless and hackneyed courtroom drama along the way and lacks much in the way of dramatic heft. JJ Johnson (Michael Boatman) is an idealistic rookie police officer assigned to the exclusively white enclave of the Los Angeles Sheriff’s Department. The new recruit initially struggles to adjust to his workplace (he is openly told by a college that he’s one of the team and “not a ‘brother’ now”) but he finds a confidant in the crew’s only female office (Lori Petty).

Despite the obstacles he faces, Johnson begins to slowly assimilate, but makes a huge error in corroborating with the unlawful account of one of his colleagues who has pulled over an innocent driver, Teddy Woods (Ice Cube), whom it’s revealed possesses a firearm. Said weapon is then used by members of his corrupt team to fit their own homicidal narrative and soon Woods is charged with murder one and Johnson is dragged into the conspiracy.

The Glass Shield has the makings of an ambitious multi-narrative drama, but it’s all a little stiff and po-faced to really register. From the insipid, stage-y direction, through to the performance from lead Boatman (who doesn’t quite possess the dramatic chops to carry a film like this) it feels like Burnett is a little unsure of how to present his admittedly combustible material. That uncertainty is also evident in the noirish blue and orange colour palette which often jars.

What ultimately comes out of that mix sadly resembles more of a watered-down 90s US TV movie than a dark and uncompromising police procedural. The film’s subject matter is incredibly timely, and the decision by the BFI to include it within their recent Black Star roster does make inherent sense, but there’s a number of other titles from that very line-up which tackle racial tensions in a more effective and absorbing manner than here.