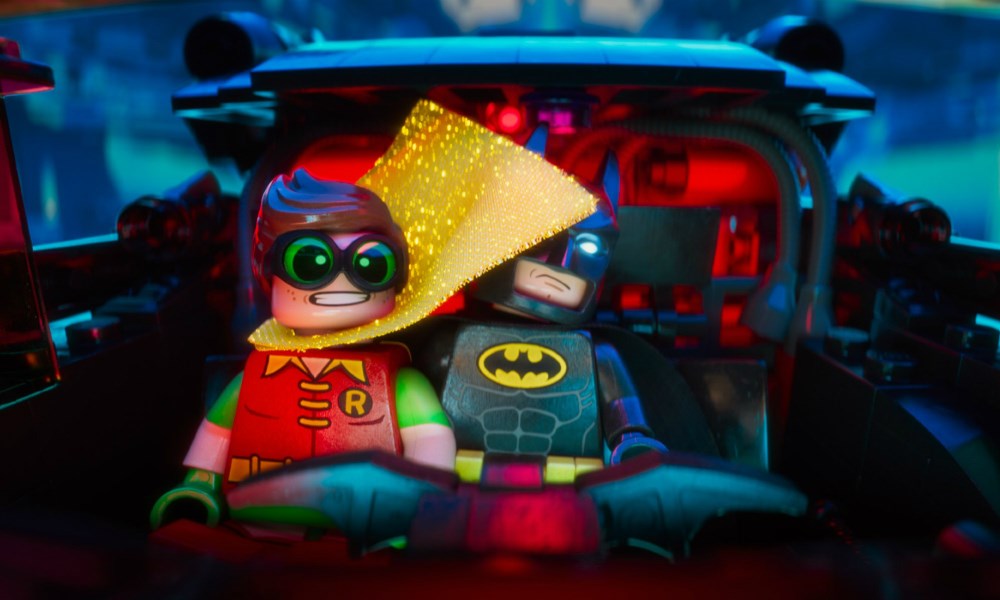 The first spin-off from The Lego Movie, The Lego Batman Movie may not have that film’s depth of heart yet remains an hilarious mining of the comic book hero’s history. It hops straight to it, the opening scene positing an epic battle between Batman (Will Arnett) and The Joker (Zach Galifianakis) that’s brimming with wit and a wide assortment of the comic book heroes’ nemeses. After being outsmarted once more, The Joker is so upset at Batman’s lack of regard for him as a villain that he hands himself over to new Police Commissioner Barbara Gordon (Rosario Dawson).

It’s all a ruse, however, and before anyone’s the wiser The Joker is setting some of the world’s most feared villains free – some of which hail from familiar Warner Bros. properties – from a prison in the sky. In addition to all this, Batman has to contend with an increasing loneliness following the death of his parents, as well as the accidental adoption of earnest orphan Dick Grayson (Michael Cera). The many eye-popping action sequences are by far the film’s most significant strength. It’s an absolute delight to revel in the attention-to-detail paid by the animators as Batman whips around Gotham City in one of his many vehicles, or saves Dick – who later becomes Robin thanks to an old reggae costume in the Batcave – from certain death. The skill in creating everything from small Danish bricks is a wonder.

Arnett totally immerses himself in the lead role, his gruff vocals recognisable but with a welcome hint of deadpan that’s sorely missing in Ben Affleck’s take. The character was a stand-out of The Lego Movie and warrants his own adventure, even if the narrative doesn’t quite live up to the high level of gags and Easter eggs. It’s as if the writers have set out with the most basic plot imaginable, hoping to cover the cracks with distractions and colourful set pieces. It works, but the lack of depth and emotional heart is noticeable when the film hits some of its less than spectacular moments.

Thank the heavens, then, that all the other aspects are so top notch. Arnett is supported by a range of excellent vocal performances, not least Cera, who embodies the camp, childish glee of Robin (his love of skimpy shorts and pop songs a real treat). Ralph Fiennes is also worth mentioning as Batman’s forever loyal servant and father figure Alfred. He has a bigger than expected role, paying wonderful homage to the kitsch Batman of the 1960s later proceedings. It’s all matched with impeccable animation and a constant assault of one-liners and meta-references that sends up the Caped Crusader as best as any film could.