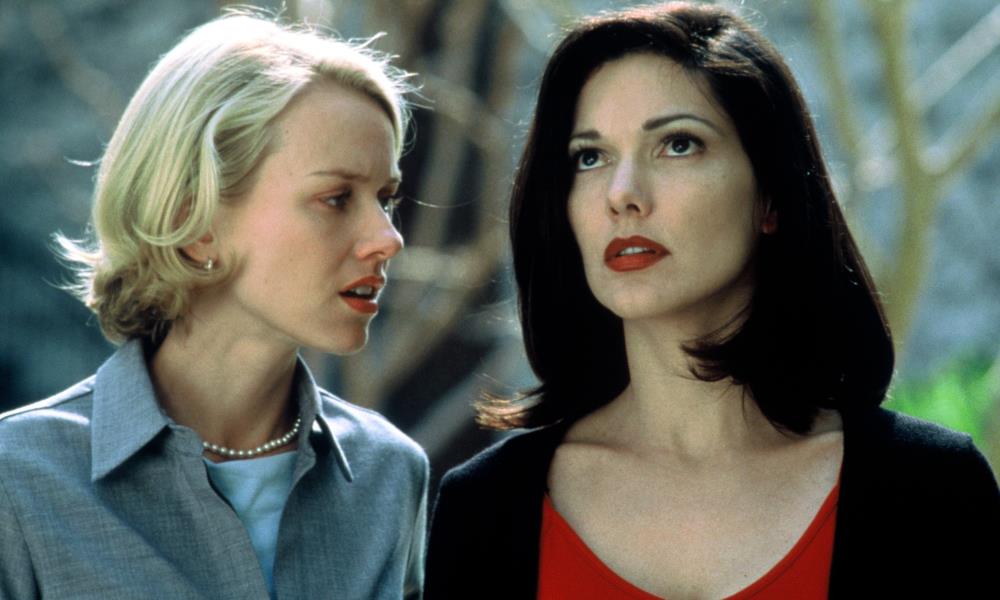 Originally conceived as a TV series à la Twin Peaks, Mulholland Drive is David Lynch at his most Lynchian: baffling, disturbing and cinematic. Set in a surrealist Hollywood, the plot follows Betty (Naomi Watts) as she arrives in LA to embark on a career as an actress.

No simple rags-to-riches tale of ingenues and showbiz dreams, however, Mulholland Drive layers Betty’s story with noirish intrigue when she meets Rita (Laura Harring), on the run after a car accident leaves her with memory loss. In between auditions the pair embark on a quest to discover Rita’s true identity. This being Lynch, of course, nothing is straightforward or even conventionally logical. Cue an early scene set in the recurring Winkie’s Diner that is arguably the most legitimately terrifying nightmare sequence in cinema and a second act twist that continues to have cineastes scratching their heads in intrigued bafflement.

A puzzle box with no answer, Mulholland Drive is as logically incoherent as it is experientially sublime. Knowingly exploiting the tropes and clichés of Hollywood film while eschewing its formal and logical boundaries, Lynch’s film strikes at the heart of cinema’s power to represent mood, sensation and altered states of perception. There are innumerable readings of Mulholland Drive’s abundant mysteries – the first half as a dream; the identity of the enigmatic cowboy; the nature of the blue box; the meaning of the film’s final spoken word. But trying to solve Lynch’s film, to impose linear sense on the surreal, is a fool’s errand.