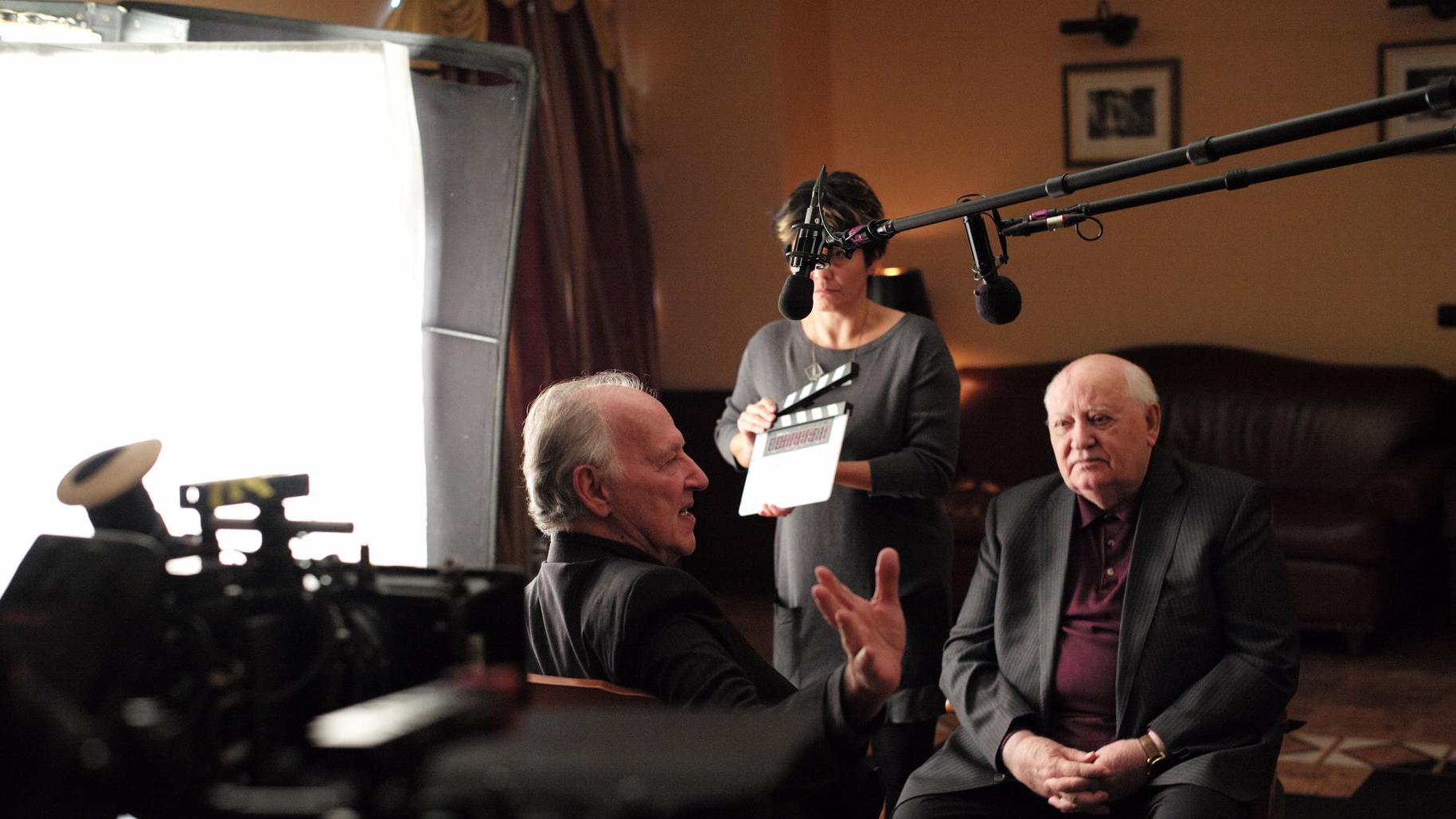 Acclaimed documentarian Werner Herzog spent a year interviewing the last President of the USSR, Mikhail Sergeyevich Gorbachev. Over the course of ninety minutes, Herzog takes us through a potted history of the decline of the Soviet Union and the achievements of one of the 20th century’s greatest political figures.

In typical Herzogian style, Meeting Gorbachev opens with the film crew presenting their subject with a chocolate birthday cake (sugar-free, of course, on account of his diabetes). Sadly, the ‘G’ has fallen off the “Happy Birthday, Gorbachev”, but as Herzog cheekily notes, Mikhail takes it in good humour.

Taking us briefly through Gorbachev’s childhood and early career as a Soviet apparatchik, Herzog presents an authentic figure truly concerned with the plight of the people. Conveyed as forcefully as it is here, it’s a difficult portrait to argue with, and it is also unapologetically subjective.

Rather than presenting a cold, objective account of the fall of Communism in Russia and its satellite states, Herzog’s film is a personal and emotive document: it really is as much about Herzog’s experience of meeting his subject as it is about the subject himself. In one impassioned moment, the filmmaker tells Gorbachev of the love the German people, and Herzog himself, have for the Russian politician in his presiding over the fall of the Iron Curtain.

Herzog presents Gorbachev as a fairly uncomplicated force for good in global politics, but it’s difficult not to share in his passion. Crucially, Meeting Gorbachev constructs an extremely persuasive account of Gorbachev’s consummate political skills, and of his instrumental role in the modernisation of Communist Russia.

Central to this were his policies of democratic transparency – glasnost – and sweeping reform – perestroika. There is surely no question of the part these acts played in the rejuvenation of the Russian economy and society. But in a system as rigid as Soviet Communism, the change will inevitably bring the whole structure down. Gorbachev’s naivety in not seeing that reform would eventually bring about the end of the USSR is arguably the tragic flaw in his story.

What surprises most, however, is the surprising sadness at the end of the documentary, focussing on the untimely death of Gorbachev’s wife. Herzog has a knack for extracting pithy, poetic responses from his subjects, but here he outdoes himself. When he asks the politician how it felt when his wife died, Gorbachev uncomfortably touches his earpiece before delivering his devastating, simple answer. It’s a stunning glimpse of humanity in a political titan.