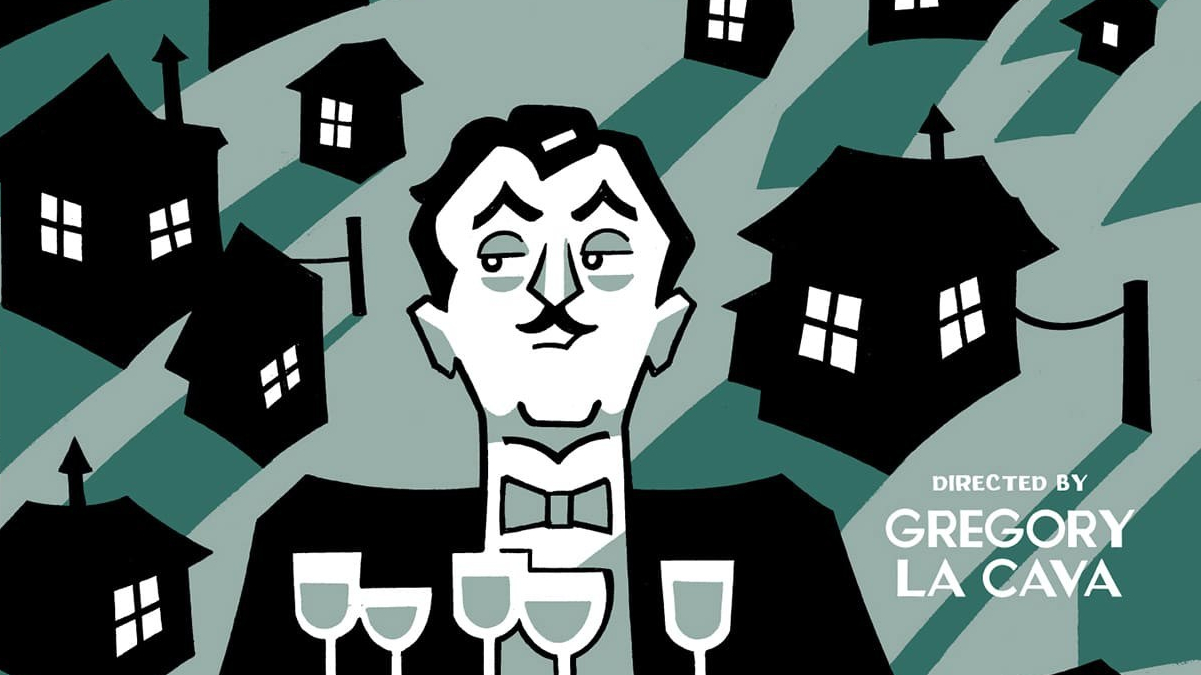 One may not consider the Great Depression as particularly fertile ground for comedy, but contemporary Hollywood would beg to differ. Chaplin built his reputation of finding the poignant humour in poverty, and many screwball comedies of the sound era invariably touched on the Depression, none more so than Gregory La Cava’s 1936 My Man Godfrey.

We meet the eponymous Godfrey (William Powell) mournfully picking through the mountains of garbage on New York’s East River. Meanwhile, wealthy socialite Irene Bullock (Carole Lombard) is on a city-wide scavenger hunt to find a “forgotten man” – a weekend jaunt that could only be dreamt up by the most grossly over-privileged. On the promise of a whole five dollars, Godfrey accompanies Irene to her opulent party so that she may claim her victory.

It’s telling that some of the lost souls that the other scavenger hunters have retrieved include a goat – as sure a sign as any of their general attitude towards the less fortunate. Godfrey’s no fool, though, mocking his would-be gawpers by announcing that his motivations for aiding Irene were, “to see how a bunch of empty-headed nitwits conducted themselves. My curiosity is satisfied; I assure you it will be a pleasure for me to go back to a society of really important people.”

It’s a very thin line that La Cava treads between outright condemnation of gross inequality and an affectionately comic mining of social miss-matching. It’s a hallmark of his cinema and La Cava’s satire falls on the side of challenging, if not ultimately condemnatory. In this age of global austerity and economic disparity, the meaning of such comforting laughter may have unexpected resonance with contemporary audiences.

Powell and Lombard’s chemistry is palpable, peaking at the picture’s halfway point after Godfrey takes a post as the Bullocks’ butler. Almost stealing the picture out from under them is Gail Patrick as Irene’s conniving sister Cornelia. A sultry, manipulative force, she’s the closest My Man Godfrey has to a villain, at once snobbishly looking down on Godfrey’s station, desirous of him, and rightly suspicious of his apparently lowly origins.

There’s no getting away from the production’s stagey-ness – a hallmark of the era – but one which sadly sets the film apart from the more effortlessly cinematic screwballs of Cary Grant and Frank Capra. Nevertheless, there are some lovely visual touches among the fixed cameras and static interiors – the opening credits are a gorgeous evocation of the era’s art deco style, and a shot of expensive tower blocks that shifts to the riverside trash piles is truly one for the ages. My Man Godfrey’s ending is as predictable as its comic pragmatism, yet La Cava’s skill in getting us there is undeniable.