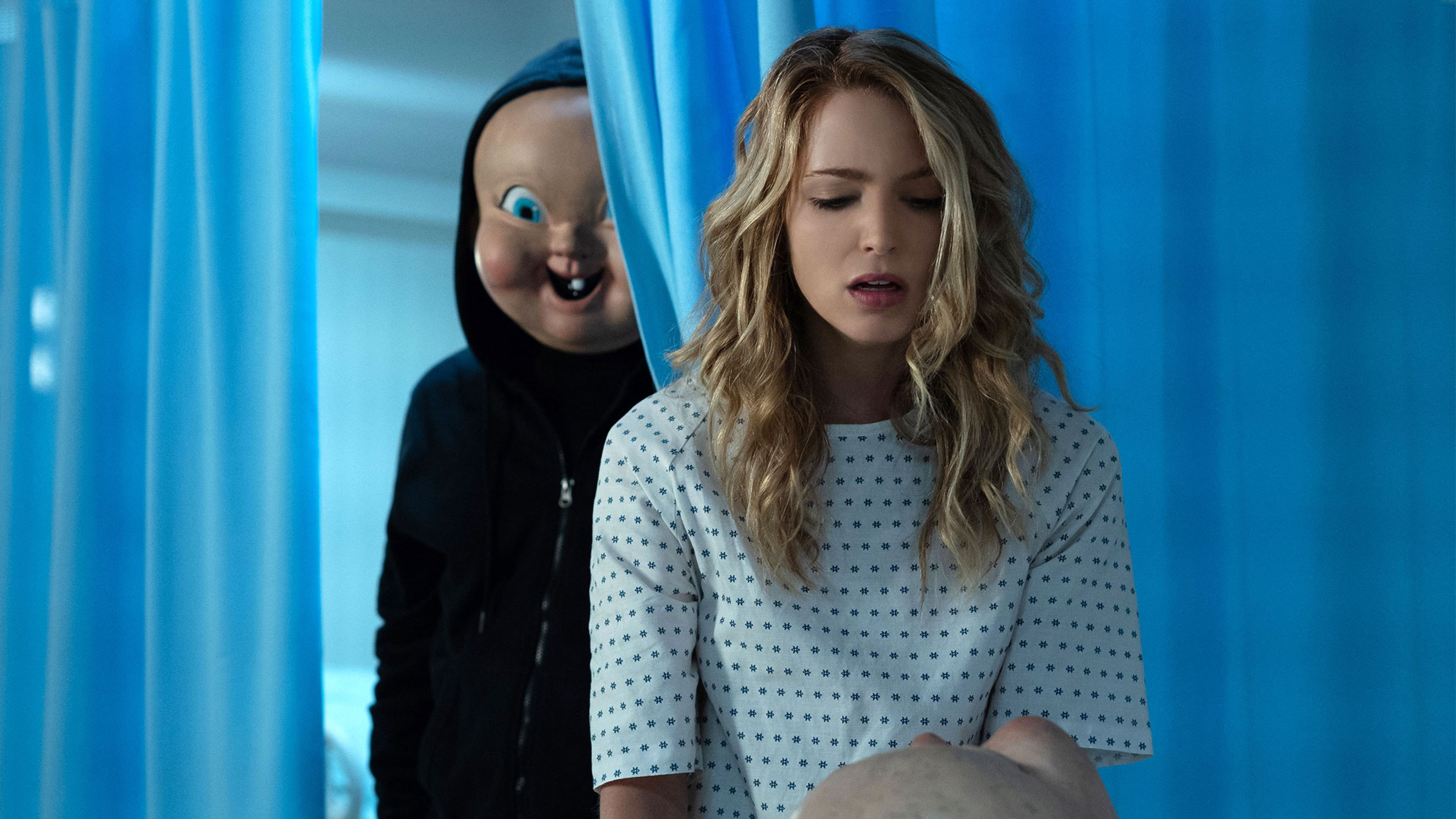 (from left) "Babyface" and Tree (Jessica Rothe) in "Happy Death Day 2U," written and directed by Christopher Landon.

The day after the events of Happy Death Day – in which Tree Gelbman (Jessica Rothe) must relive her murder over and over until she her killer – finds supporting player Ryan (Phi Vu) in similarly dire time-looping straits. Playing fast and loose with multiple genres, writer-director Christopher Landon’s sequel is a slightly different beast to its predecessor, but just as fun, goofy and inventive.

The hook to 2017’s Happy Death Day was a killer one – Groundhog Day by way of Scream. Bolstered by a tightly paced screenplay and a game cast, Happy Death Day overcame budget limitations and pretty tame kills to become more than the sum of its parts: an enjoyable, laudably gimmicky slasher that knew exactly what it was.

Criticisms of the film as riddled with obvious clichés are a fair cop, but then again, one does not watch a film titled Happy Death Day 2U and reasonably expect nuance. Instead, we are offered an affectionate and irreverently constructed playhouse of genre tropes – in which horror leads to science fiction and teen comedy, before winding itself back to horror, mirroring the timey-wimey circularity of its narrative.

Happy Death Day 2U is at its weakest during its cringe-worthy subplot involving Tree’s mother, back from the dead in this installment through some guff about multiple branching timelines. It’s clearly been shoehorned in in order to give Tree some internal conflict about returning to her own reality, but the weightless two-dimensional characterisation – so enjoyable when our heroes are clanking killers on the head and outwitting grumpy college Deans – simply can’t support ham-fisted attempts at emotional sincerity.

Nevertheless, these ill-advised moments aren’t frequent enough to distract from the film’s daft pleasures. Rothe embraces the silliness with energy and wit, her standout scene being a redux of the original film’s walk of shame, this time having completely flipped out at being stuck in the same time loop. Elsewhere, Bear McCreary’s score frequently invokes the percussive strings of Back to the Future composer Alan Silvestri, while editor Ben Baudhuin and cinematographer Toby Oliver design a wonderful montage of death, culminating in a gorgeous shot of Tree falling through a bell tower to land seamlessly back in Carter’s dorm room bed.

Despite a few sentimental missteps and a second-act move away from horror that will upset some hoping for more slashing, Happy Death Day 2U is a fluffy and surprisingly smart, if shallow, tumble through genre tropes. Never veering into self-parody, Landon’s film knows exactly what it is, and is all the better for it.