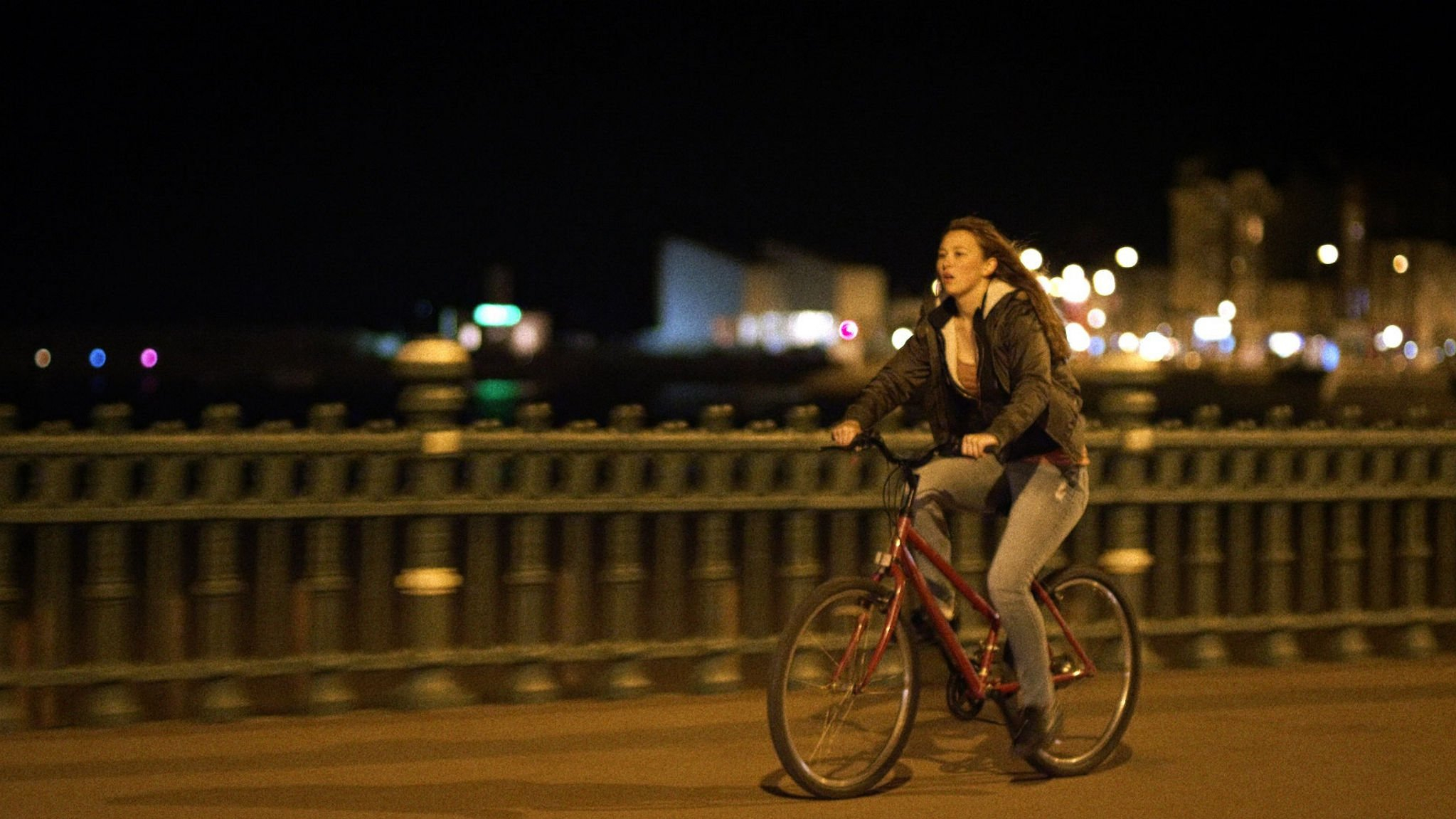 Jellyfish delivers a thoughtful commentary on theatre and art through a bleak narrative of broken family life. It’s anchored by a strong performance from BIFA-nominated Liv Hill and a few downright hilarious punchlines, though the film suffers from an underdeveloped cast of supporting characters and some over-the-top dialogue.

Against the backdrop of blaring game sounds and an obnoxious amount of neon lights, a teenage Sarah Taylor (Liv Hill) pushes a rag across a machine in an arcade she works at part-time. This portrait of a bored 15-year-old working the hourly rate may seem all too familiar, but this film by James Gardner slowly reveals a mature, highly capable girl who delicately holds her family’s life together. She pays all the bills at home, takes care of her mentally ill mother (Sinéad Matthews) and sends her two very young siblings to school. They live in the town of Margate, a sleepy, unextraordinary place by the coast.

Sarah turns up in her school’s performing class, disinterested and uncooperative. The class, taught by Mr Hale (Cyril Nri) is full of stuck-up wannabes and drama queens. Sarah has a field day, hurling snarky remarks and edgy one-liners at them. When Mr Hale overhears one of Sarah’s outbursts directed at her classmates (full of vitriol and pent-up angst), he sees in it not a (very good) reason for disciplinary action, but instead, potential for stand-up comedy. He suggests a few famous comedians for Sarah to watch videos of and learn from.

Mr Hale’s questionable pedagogical method aside, the frustrations and interactions of everyday life now provide rich fodder for Sarah to build her act. She jots down lines and responses in a notebook. Humour comes naturally to her, perhaps a finely tuned coping mechanism for the amount of stress she faces every day. Her daily routine involves moving through various spaces of drama: the theatre, the arcade, arguably her home too, it seems. Each one comes to provide an alternative sense of reality. The theatre is one that is safely detached from the life and reality it tries to imitate. The arcade, with its promises of euphoria and pleasure, lures its own forlorn circus of characters to it. Home is a place where Sarah performs parental duties, while her heavily manic-depressive mother makes pitiful attempts to reconstruct her maternal role.

Jellyfish makes it clear that these spaces are not equal. There is no escape or curtains down on the spectacle of her family life. She does not have the privilege of practising how to “inhabit” drama – she lives it. Sarah’s vulgar, unrestrained humour, frequently peppered with expletives, is testament to the grim realities of her life. When her drama teacher goes on a spiel about how actors must all put in hard work, day in day out to perfect their craft, Sarah is disgusted. “Work” for her is all the wretched hours spent cleaning in the arcade, the reluctant sexual favours performed in back alleys, the constant need to ensure her siblings are sent to school, fed and in bed. Rehearsing lines, practising dance moves or crooning to a guitar, in comfy air-conditioned theatres, for Sarah, is an utter perversion and injustice to the meaning of “work”.

This is what Jellyfish seems to do best – by exposing and questioning art and its methods. Art imitates life – but what kind of life? Whose life? If one has to do art, then one should desire and aspire towards a truer art, a more honest theatre – even if it requires, paradoxically, less pretence. Sarah does not shy away from the scars and bruises of her family life and town’s reputation; she embraces and breathes life into them. Comedy helps her reclaim the narrative of her life and piece together the parts that feel out of control. For Sarah, it seems that if we can have some distance to package life’s tragedies into jokes and laugh about them together in a public space, the enemy and tragedy become a little less threatening – and life perhaps a bit more bearable.