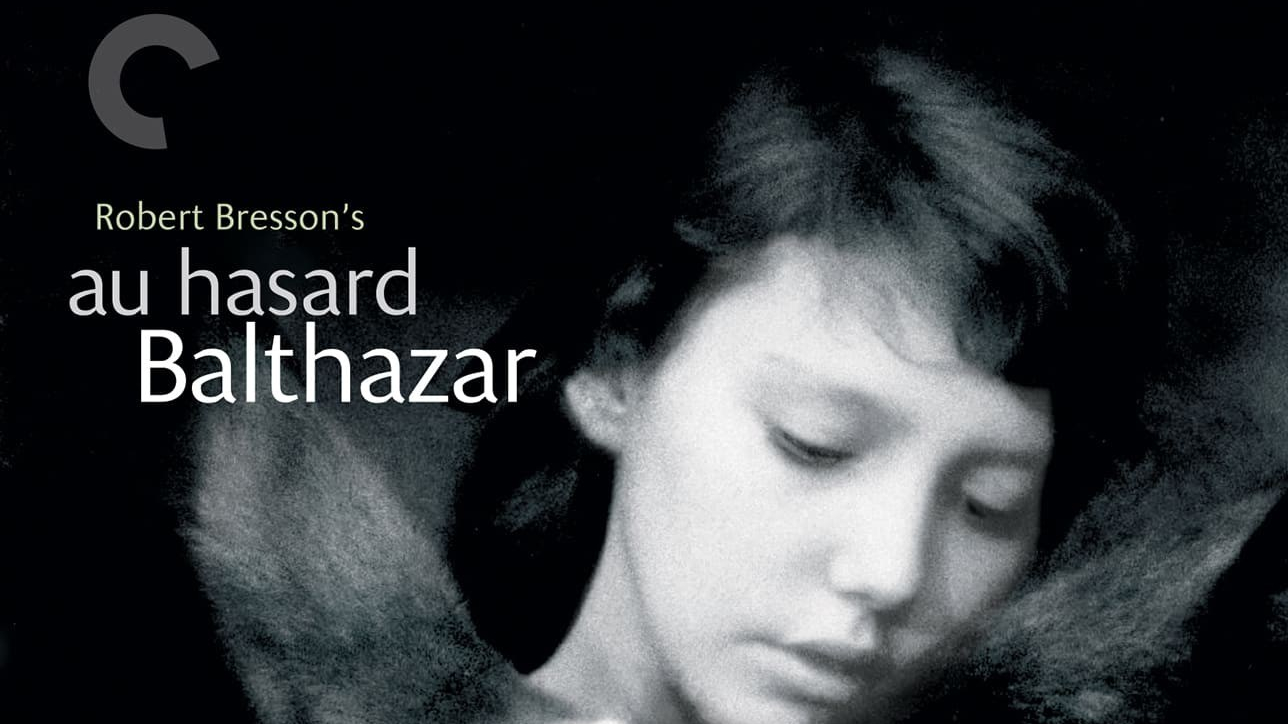 April proved a bumper month for home entertainment aficionados, with the usual suspects – Eureka’s Masters of Cinema series and the Criterion Collection – offering a particularly good selection of art house, genre and Hollywood titles for cinéastes.

As one might expect in the month of Easter, themes of redemption, faith and mysticism featured heavily in this month’s line-up, though Billy Wilder’s Cold War comedy, One, Two, Three, and classic Stephen King adaptation Cujo kept proceedings varied.

Detour – 1 April (Criterion)
One of the most iconic B movies ever made, Edgar G. Ulmer’s Detour is a triumph of noir cinema, a nasty, brutish and short little thriller that gets to the heart of film noir’s dark appeal, all on a shoestring budget and a screenplay consisting almost entirely of killer one-liners. Al Roberts’ (Tom Neal) road trip west to his girlfriend, who has moved from New York to Los Angeles to pursue a showbiz career, is about as American as it gets. But so too is his capricious misfortune – getting a ride from a man who dies on him in the desert – and the indifferent self-interest of Vera, played with waspish relish by Anne Baxter. She capitalises on Al’s dire situation only to meet a sticky end herself, while the narrative framing device that closes out the picture epitomises the dramatic irony that fuels all great noir.

The White Reindeer – 8 April (Masters of Cinema)
From quintessentially American cinema to Finnish folklore, Eureka’s release of Erik Blomberg’s haunting 1952 The White Reindeer, a retelling of a pagan Finnish myth. Cinematographer Blomberg – for whom The White Reindeer was his feature directorial debut – transforms the frozen Finnish hills into an expanse of ethereal, blinding white, a palimpsest onto which imagination is inscribed. Here, it is the imagination of the supernatural, of magic and witches and vampires, feeding on and into the febrile stories of villagers whose menfolk are tempted by the eponymous reindeer to their dooms. Fundamental to the myth is a societal fear of female empowerment – especially sexual empowerment – and one which drives Blomberg’s vital interpretation.

The Song of Bernadette – 8 April (Masters of Cinema)
Henry King’s The Song of Bernadette earned star Jennifer Jones – in her third screen role – the Academy Award for Best Actress, and not without good reason. Struck with repeated sightings of the Virgin Mary in nineteenth-century Lourdes, Jones’ Bernadette is a vision of purity and innocence, her upturned eyes full of humility and her manner devoid of guile. On paper, it is a simplistic, even dull, portrait of a young woman, yet on the screen, Bernadette’s conviction of faith is brought to life through Jones’ beguiling performance. Dripping with high-quality gloss, King’s cinematic affectations and pleasurable, if thin, sense of myth are both vice and virtue, depending on one’s perspective on Hollywood varnish. Nevertheless, King’s oft-beautiful compositions and use of chiaroscuro are at their best suggestive of Enlightenment-era portraiture and never less than arresting.

One, Two, Three – 15 April (Masters of Cinema)
Moving away briefly from faith, 15 April saw the release more concerned with more earthly matters – namely the opposing ideologies of mid-century Communism and Capitalism in Billy Wilder’s 1961 comedy. While One, Two, Three‘s political thesis amounts to not much more than “self-interest invariably trumps ideological purity’, Wilder’s satirical eye remains as sharp as ever, while the screenplay’s punchy, breathless dialogue serves the Jewish-Austrian émigré’ director’s comic timing to a tee. The script’s rat-a-tat pace is helped no end by casting gangster picture icon James Cagney in the lead. In a pair of delightful homages to his past as a star of gangster flicks, Cagney’s businessman first quotes Edward G. Robinson in Little Caesar – “Mother of Mercy, is this the end of Rico?” – before later delivering a cheeky riff on his own notorious scene with a grapefruit in The Public Enemy. 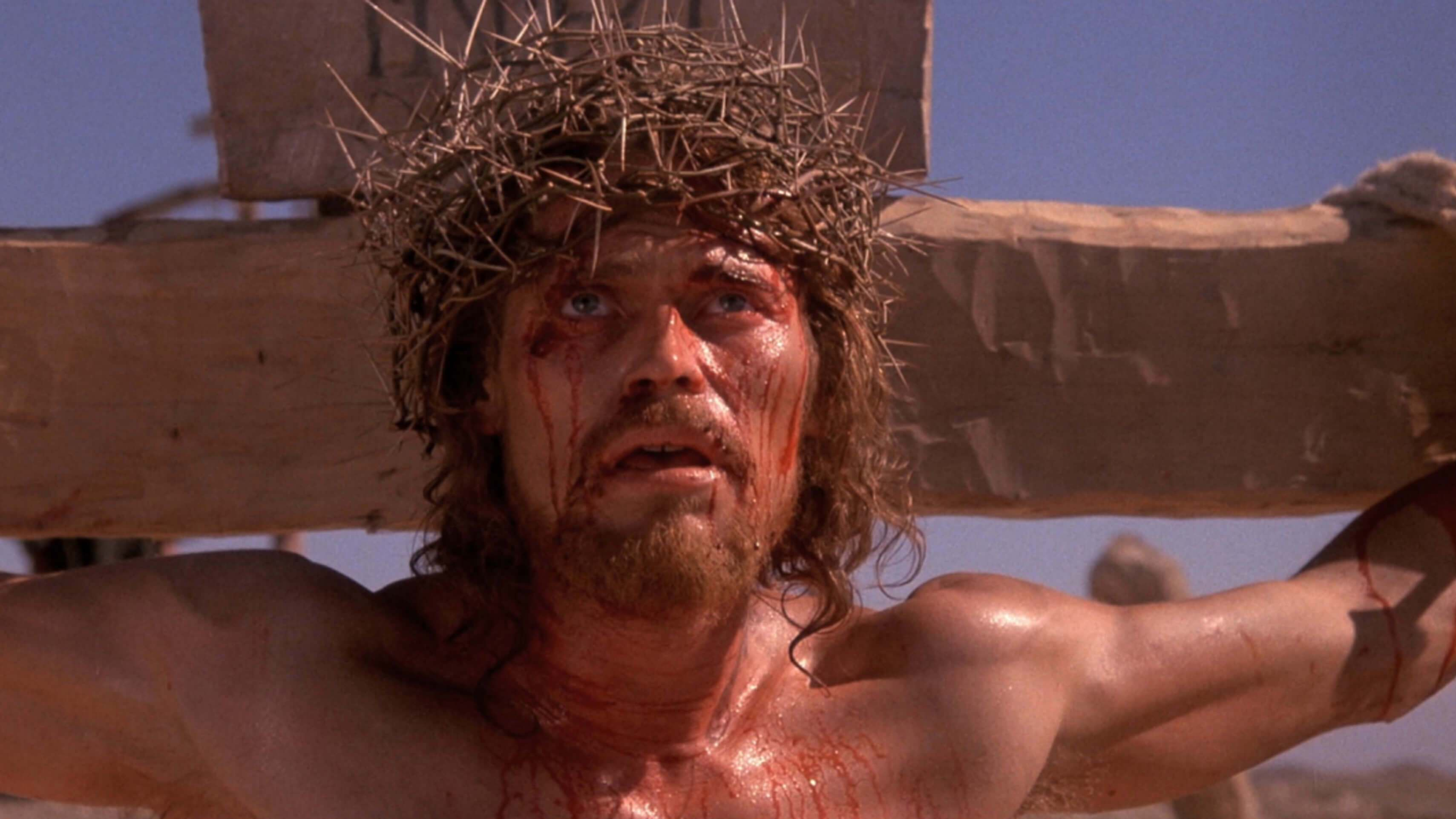 The Last Temptation of Christ – 22 April (Criterion)
Martin Scorsese’s labour of love was seen by many as blasphemous on its 1988 release with its depiction of Jesus as a flawed, weak man and its imagining of an alternative life in which he rejects his crucifixion, marries, has children and lives into old age. Nevertheless, Paul Schrader’s screenplay is in some senses the purest – or least the most literal – expression of the conflict of faith that has characterised his entire career, personified in Willem Dafoe’s portrayal of the Son of God as racked by self-doubt and confusion. While the predominately white American actors date the film somewhat like a production unconcerned with historical accuracy, the modern cast brings with it a certain sense of the personal for the filmmakers – in the hands of Scorsese The Last Temptation of Christ is less a historical epic than a personal and immediate grappling with faith and human frailty. Meanwhile, the director’s baroque style, paired with Peter Gabriel’s arrestingly-modern score feels at once contemporary and a classical fit for the material.

Au Hasard Balthazar – 29 April (Criterion)
While Scorsese transforms the holy into the human, master director Robert Bresson finds the divine in the mundane in his profoundly moving film about a mistreated donkey. Moving from owner to owner, the eponymous donkey Balthazar meets with kindness and cruelty, yet his life seems forever tied to his most loving human owner, Marie (Anne Wiazemsky). Eschewing sentimental anthropomorphism, Balthazar is forever at the mercy of a capricious world – yet through his non-understanding and total lack of agency, Bresson’s donkey embodies pure innocence, his pathos reflecting the petty sins of a corrupt world. Au Hasard Balthazar’s closing minutes – a wordless finale in which the donkey finds brief companionship among a herd of sheep and the gentle music of bells, is about as sublime an image as cinema can conjure.

Cujo – 29 April (Masters of Cinema)
One of the best Stephen King adaptations ever made, Cujo has neither the Jungian disturbia of It, nor the maddening psychological mazes of The Shining. Instead, we are confronted with the pure animal terror of a family dog turned murderous, ostensibly infected with a particularly nasty strain of rabies, but really a metaphor for the breakdown of the American family. Dee Wallace’s worldly wholesomeness is turned on its head here as family matriarch Donna Trenton, who is having an affair with her husband’s best friend. After he finds out and leaves, Donna finds herself trapped with her high-strung son Tad (Danny Pintauro) in a broken-down car and a frenzied St Bernard stalking them in the yard outside. Aside from the obvious family metaphor, there is little complexity to the narrative. Instead, we are treated to pure, nightmarish terror, brilliantly evoked by the blistering heat of the car and one dizzying sequence of panic in which the camera rotates around a hysterical Donna as Tad has a seizure from heatstroke. After Cujo, you’ll never watch Beethoven the same way again.