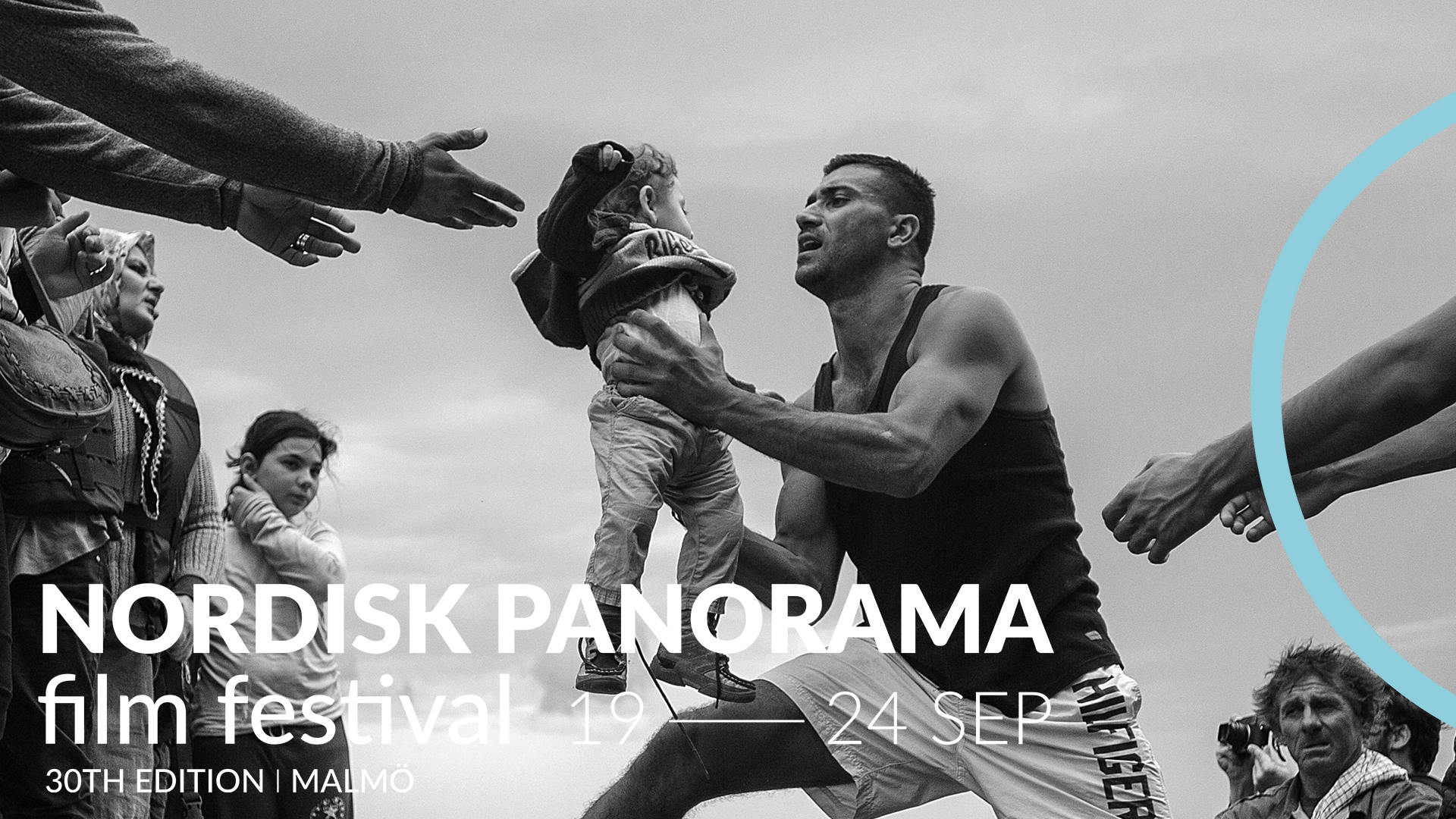 The Nordisk Panorama Film Festival returned to Sweden for its 30th year, showcasing new and established talent in the fields of documentaries and shorts from the Nordisk countries. With over 80 films screened, Nordisk Panorama is the largest festival for Nordic documentary and short films.

Once called the Festival of Five Cities – traditionally rotating its location year by year – since 2013 the festival has found a permanent home in Malmö. With fourteen films in competition, Once Aurora was awarded Best Nordic Documentary by the festival jury, while the Scottish-set Scheme Birds (reviewed below), received a well-deserved Honourable Mention. Elsewhere, the New Nordic Voice Award went to Lindy the Return of Little Light, described by the jury as “a firmly and skillfully crafted vision”. The City of Malmö’s Audience Award went to Danish director Jonas Bruun’s Humanity on Trial.

Running from 19-24 September, the festival offered a veritable smorgasbord of documentary styles and subjects, in addition to a seminar on the female gaze in contemporary cinema, several virtual reality artists’ installations, and uniquely, the NP Time Machine, a library of previous Nordisk Panorama winners available to watch on VHS. Below is a summary of the feature documentaries we caught at the festival.

The Hypnotist
Having premiered earlier this year at Docpoint – Helsinki Documentary Film Festival, Arthur Franck’s study of infamous Finnish hypnotist Olliver Hawk (real name Olavi Hakasalo) comes to Nordisk Panorama. The lines between truth and fantasy are blurred with Franck’s combination of real and fabricated footage, yet the key events in Franck’s film – as seemingly fantastic as they are – have their roots in historical fact. The deep grain of the oft-blurry archival footage brings an impressionistic quality to The Hypnotist, while our persistent uncertainty about the ‘reality’ of what we are watching underscores Franck’s thesis that cinema is an essentially hypnotic art.

The Reformist
Marie Skovgaard’s directorial debut is a study of prejudice and dogma told from the perspective of Denmark’s first female imam, Sherin Khankan. Of Muslim-Syrian and Christian-Finnish descent, Khankan discovered Islam in early adulthood, developing her faith around Sufism, a tradition that privileges spirituality and feeling over logic and reason. Khankan’s intuitive interpretation of the Qu’ran guides her towards a conviction in favour of women imams and mixed-religious marriages, while she is caught between Islamophobia in the West and her duties to the traditionalist religious community she represents. Filmed over four years, it is often heartbreaking to her allies in the community taken to the limits of their understanding. The Reformist captures not only Khankan’s intelligence and tenacity but also her fierce, sometimes reckless, compassion.

Winter’s Yearning
Another debut, this time from directors Sidse Torstholm Larsen and Sturla Pilskog, in Winter’s Yearning, telling the story of Maniitsoq, a small town in Greenland suffering under the indifference of globalised industry. Caught between the traditional practices of the past and the economic pressures of the present, Maniitsoq’s decline is calcified by the cruel promise that American company Alcoa is to build an aluminium smelting plant, which will bring jobs and prosperity to the town. Over endless years, construction of the plant is perpetually about to happen, until, inevitably, it is cancelled.

Meanwhile, poverty and its attendant hopelessness, alcoholism and petty violence dominate Maniitsoqian life. Larsen and Pilskog capture the daily grind with recurring shots of the same streets; yellow streetlamps cut through the darkness to illuminate snowfall that never seems to stop; concrete blocks of flats stand against overcast skies. The film follows three primary characters, but it is the teenage Kirsten – effectively living with second-generation alcoholism – where the heart of the film lies. Winter’s Yearning offers no easy answers to the despondency of post-industrial deprivation. Nevertheless, its closing suggestion that whale tourism could be a way out of the darkness for the town offers a ray of hope, and in one lovely shot, a rare moment of beauty among the bleakness.

The Vasulka Effect
Early pioneers of video art, Steina and Woody Vasulka helped to change the landscape of modern art in the 1960s, yet now live in relative obscurity and poverty somewhere in Santa Fe, California. Icelandic filmmaker Hrafnhildur Gunnarsdóttir charts their career as they meet in the early 1960s before moving to New York, finding themselves among the cream of the avant-garde crop of contemporary artists. Their liberated idiosyncrasies bring humour and eccentric warmth to their latter-day story, while reams of archive footage lay bear the pioneering nature of the Vasulka’s work.

Much of their work finds a renewed relevance both in the context of contemporary digital art and a resurgence of interest in analogue video (one need only to look as far as this festival’s NP Time Machine to see evidence of the latter). More important than contemporary relevance, however, is the often staggering beauty and imaginative power of the Vasulka’s work, redefining the visual limitations of reality through its mediation and manipulation – it’s just a shame that the film doesn’t find time to showcase more of the mind-blowing imagery.

Q’s Barbershop
Among the festival’s highlights was this wonderfully uplifting portrait of a barber in the deprived Danish suburb of Vollsmose in Odense. Alongside Winter’s Yearning and Scheme Birds, sub/urban deprivation was one of this festival’s emergent themes. Yet nothing quite hit the optimism of Emil Langballe’s snappy picture of barber Qasim and his revolving cast of unforgettable customers. His shop – done out in bright red – is stylishly rendered with compositions that belie the film as a fly-on-the-wall documentary, while its jazzy soundtrack speaks directly to Spike Lee’s vital evocation of urban life in Do The Right Thing.

The true appeal, however, of Q’s Barbershop is Qasim himself; the charming, vivacious owner of the eponymous barbershop. His shop is the beating heart of his community – misunderstood by a hysterical Danish media machine and by white suburbanites harbouring prejudice against the mainly Somalian immigrant population. Qasim’s ever-present brother-in-arms comes in a close second in the rogueish charm stakes, while a young lad’s anecdote about visiting Somalia is rendered in a delightfully surreal moment of fantasy.

While other, similarly-themed docs at NP find light among the darkness, Q’s Barbershop hints at depths of sorrow among the banter and bravado; the pasts of Qasim and his customers are riven with pain and hardship, while in a tender moment the barber admits that he can never feel at home in a country that will always see him as an immigrant first and a citizen second.

Scheme Birds
Directors Ellen Fiske and Ellinor Hallin turn their attentions to working-class community life in the deprived Lankarkshire town of Motherwell, and the life of sparky young woman Gemma, in their humane, sensitive Scheme Birds. The “scheme” of the title refers to the council housing estate where Gemma lives with her grandfather, spending her days hanging out with friends and courting boyfriend Pat. While her grandfather tries to keep her on the straight and narrow, coaching her with boxing and teaching her about the pigeons – the other kind of ‘scheme bird’ – he keeps, Gemma is increasingly drawn to her peers’ hell-raising.

Forget Me Not
A teenage girl, her face blurred, sits in a drab office while a concerned older woman takes her through a form that will ultimately lead to her unborn child being given up for adoption. This is Aeshuwon, a “centre for unwed women” in the South Korean island of Jeju, ironically nicknamed “Honeymoon Island”. Most of the girls are underage, the film following three of them and centre worker Mrs Im who fights for the women’s freedom to choose their own fate, often against the wishes of their parents.

A tangle of cultural pressures, knotted bureaucracy and historical systemic failings, Forget Me Not is an intensely personal film, motivated by director Sun Hee Engelstoft’s (also the cinematographer for The Reformist) own experiences as a Korean child adopted by Danish parents. Contextualising the film with a voice-over narration that describes her own, fruitless search for her birth mother, Engelstoft finally breaks the barrier between observer and subject during the film’s most difficult segment – the moment when one of the babies is taken by its adoptive parents. Engelstoft drops the camera and embraces the bereft mother in a heartbreaking inversion of the mother-daughter dynamic. In this momentary surrogate relationship, the director has perhaps found something approaching closure.

Mating
When Lina Mannheimer set out to make Mating, a digital documentary about Millenials dating online, she couldn’t possibly have predicted the direction it would take. A film about the new ways that young people interact, fall in love, and have sex – a little sensationalist, perhaps – grows into an intensely recognisable fable about the kind of love affairs that only happen to people in their early twenties. The film was originally conceived as a documentary about two unrelated people: Edvin, a graphic designer and Naomi, a bookstore clerk.

However, a chance meeting between Edvin and Naomi signals a different, more interesting direction. Whether by accident or devious design on the part of Mannheimer, the attractive, charming youngsters instantly hit it off, staying up all night chatting before Edvin returns home. It’s a tale as old as time – thought one not told as frequently as might be expected – the younger, inexperienced Edvin in thrall to the more sexually confident Naomi, while both crave that magical combination of sexual excitement and emotional validation that seems so elusive at that age.

Invariably, they hook up: while Naomi is initially smitten, she quickly turns the cold shoulder when the emotionally clumsy Edvin tries to act cool before realising too late that he is madly in love with her. As he later says, awkwardly, “not the smoothest cat in the building”. Out of this fumble comes a deep and lasting friendship; heartbreak leads to emotional maturity captured with an authenticity rarely seen on film.