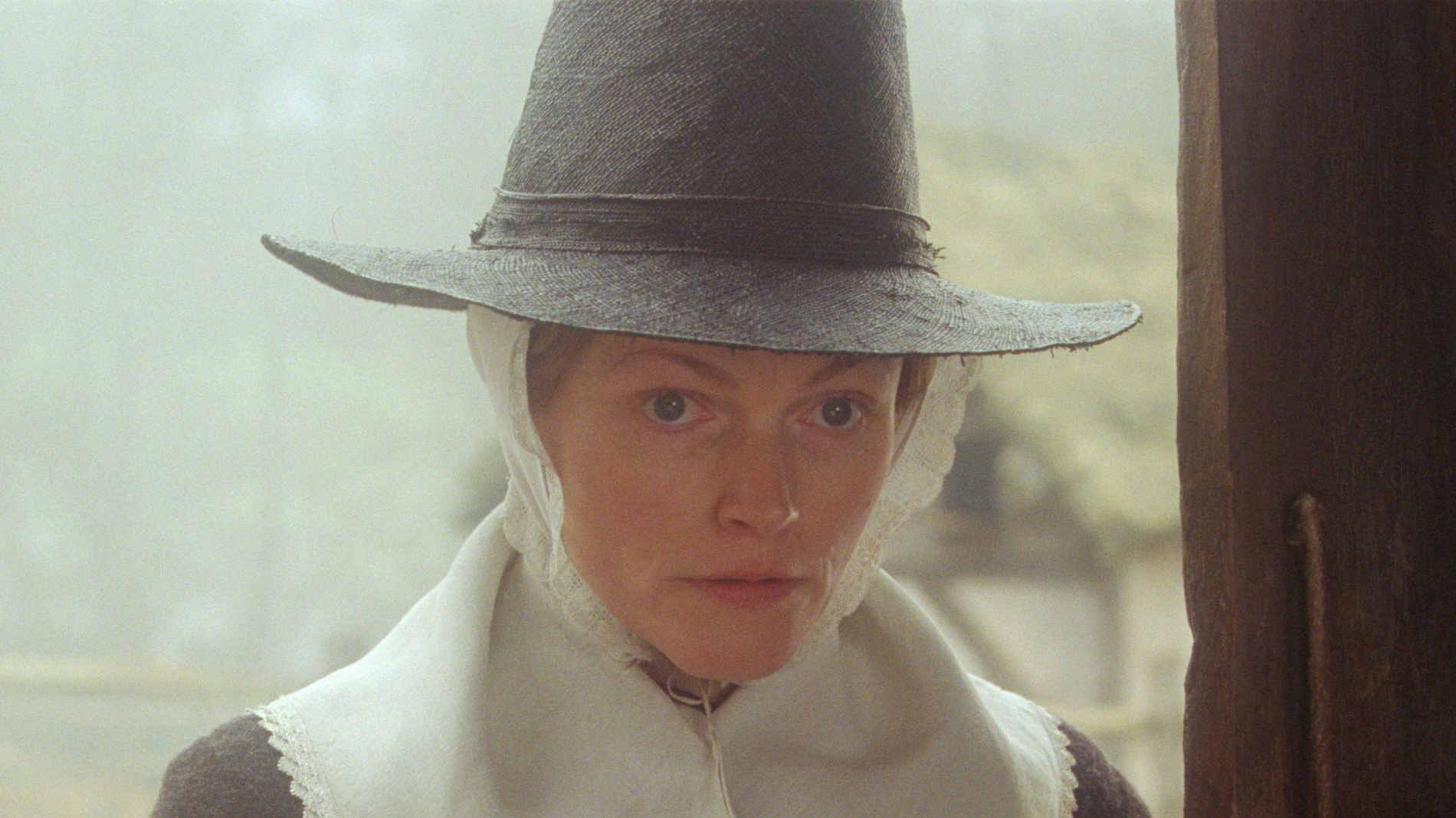 Most filmmakers who venture into the heritage industry of an English period drama make sure the detail shines on the screen: beautiful linen collars, worsted cloaks, authentic lacework. Chuck in a restored 18th century cottage or country estate and you’re transporting audiences back in time with ease.

Director Thomas Clay didn’t feel like cutting corners In his latest film, Fanny Lye Deliver’d, the attention to detail is so minute that the score is performed on period-specific instruments only: a flourishing touch to complement a piece of film-making so carefully researched that, at times, it feels like stepping through a virtual museum. Only this is a museum which features group sex and a menacing gunfight worthy of The Sopranos. By focusing on a little-known group of political and religious dissenters known as the Ranters, Clay has crafted a compelling ‘Puritan western’ whose dramatic modernity clashes brightly against the closed-off 17th century setting.

Fanny Lye (Maxine Peake), as the title suggests, is at the heart of the story. A devoted wife and mother, whose overbearing husband John (Charles Dance) fought for the Royalists in the Civil War and is now a born-again believer in Cromwell’s republic: strict and unyielding. Fanny is put upon to conduct much of the hard labour, patiently toiling away on their small Shropshire farmstead, until the surprise arrival of two strangers marks a new departure in her humdrum life. An encounter with different ways of thinking that has the potential to transform her entire moral outlook.

Peake leads a talented cast who make Clay’s deeply researched script sound artless. The photography, conducted by Giorgios Arvanitis, is smoky and ominous throughout, lending a gothic touch to a production which, through its use of natural light, feels rooted in the murky, uneven weather of the English countryside. Overall, the film’s unusual blend of genre conventions can be a little disorienting – pitching from period horror, in the style of Michael Reeves’ Witchfinder General to something closer in tone to the sadistic thrills of Michael Haneke’s Funny Games – but the film is so careful and considered, its blend of modern ideas and historical detail so unexpected and exciting, that it’s hard not to walk away feeling exhilarated. Ready for a confrontation with those ideas which today, perhaps, need something of a re-think and a bit of Ranter provocation.

Fanny Lye Deliver’d is released on digital platforms on 26 June.