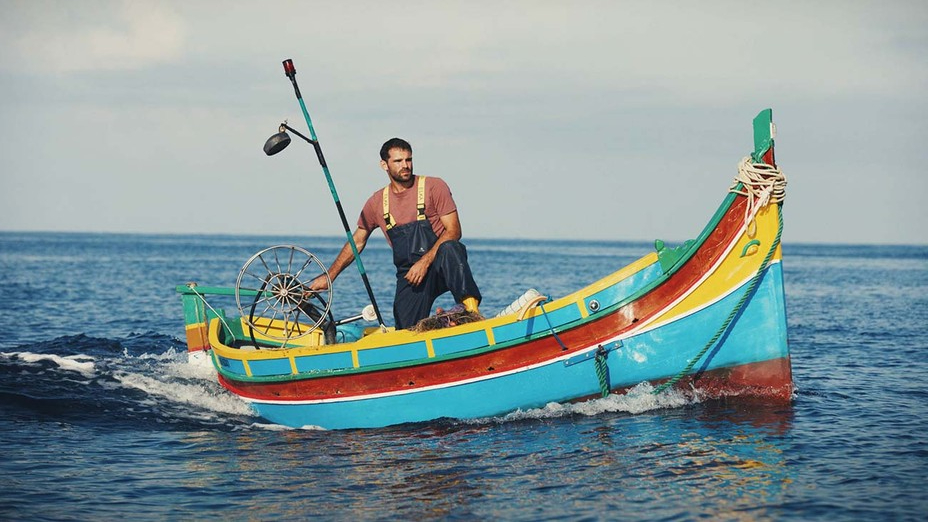 Alex Camilleri’s Luzzu charts a course between the dispassionate neo-realism of the Dardenne brothers and Gianfranco Rosi’s keen but objective documentarian eye. It is a touching parable of fathers and sons, tradition and modernity, principles versus practicality.

Set in Malta, this is one of very few films to have ever been made on and about the people of the glistening Mediterranean island and the first Maltese feature to appear at Sundance, where it made its World Premiere yesterday. Often a go-to location chosen for its alternately rugged, rocky coastline and beautiful beaches, Camilleri’s debut is a breath of fresh air in that it looks beyond the picture-postcard vibrancy of Valletta’s harbour and shimmering, turquoise sea.

The sun may be shining but there is the tough reality of everyday life to be faced here. Jesmark (Maltese fisherman and non-professional actor Jesmark Scicluna, whose dogged naturalism is one of Luzzu’s strongest elements) and his girlfriend, Denise (Michela Farrugia), have a son together. She waits on tables and he spends long days, and nights, out at sea catching fish to sell at the wholesale market. Catches are dwindling, and struggling to make ends meet, when a baby check-up discovers that young Aiden is malnourished and not growing properly, specialists they can ill-afford are recommended.

A tough situation is made worse still by the fact that Jesmark’s luzzu – the film’s title referring to the island’s signature small, multi-coloured fishing boats – has sprung a leak and needs repairs. A vessel and tradition passed down from one generation to the next for more years than he can even remember, whether Jesmark persists with this work or sells out to an EU scheme reducing the number of local fishermen, is the moral dilemma faced. Just how far this man will go to provide for his family is the simple narrative arc we follow thereafter.

For what use is a legacy if it does not keep a roof over their heads and food on the table? With a priest frequently blessing the luzzu before they head out to sea, Jesmark’s painted baby footprint on its side and tall tales of his sea-going comrades, there is a deep, spiritual connection to the sea and history here. A point by no means laboured by Camilleri, the romanticism of this vocation and the intimacy with which his camera captures Jesmark cradling his infant son is counterbalanced by what feels like semi-improvised dialogue and documentary-realist visual style elsewhere.

The filmmaker offers glimpses of the broad, beautiful Mediterranean and the colours captured by his cinematographer Léo Lefèvre are stunning, but with so much in close-up, or at night-time, our focus is purposefully narrowed to a situation which really hems in, suffocates its hard-working, determined central figure. Having always done everything by the book, including tossing dead, potentially lucrative fish accidently caught off-season overboard, the hypocrisy of bureaucracy leaves a bad taste in the mouth for the principled Jesmark. But if you can’t beat them, should you join them? Luzzu is a slender, rather bleak but tough, rough-cut little jewel that deserves your time and attention.