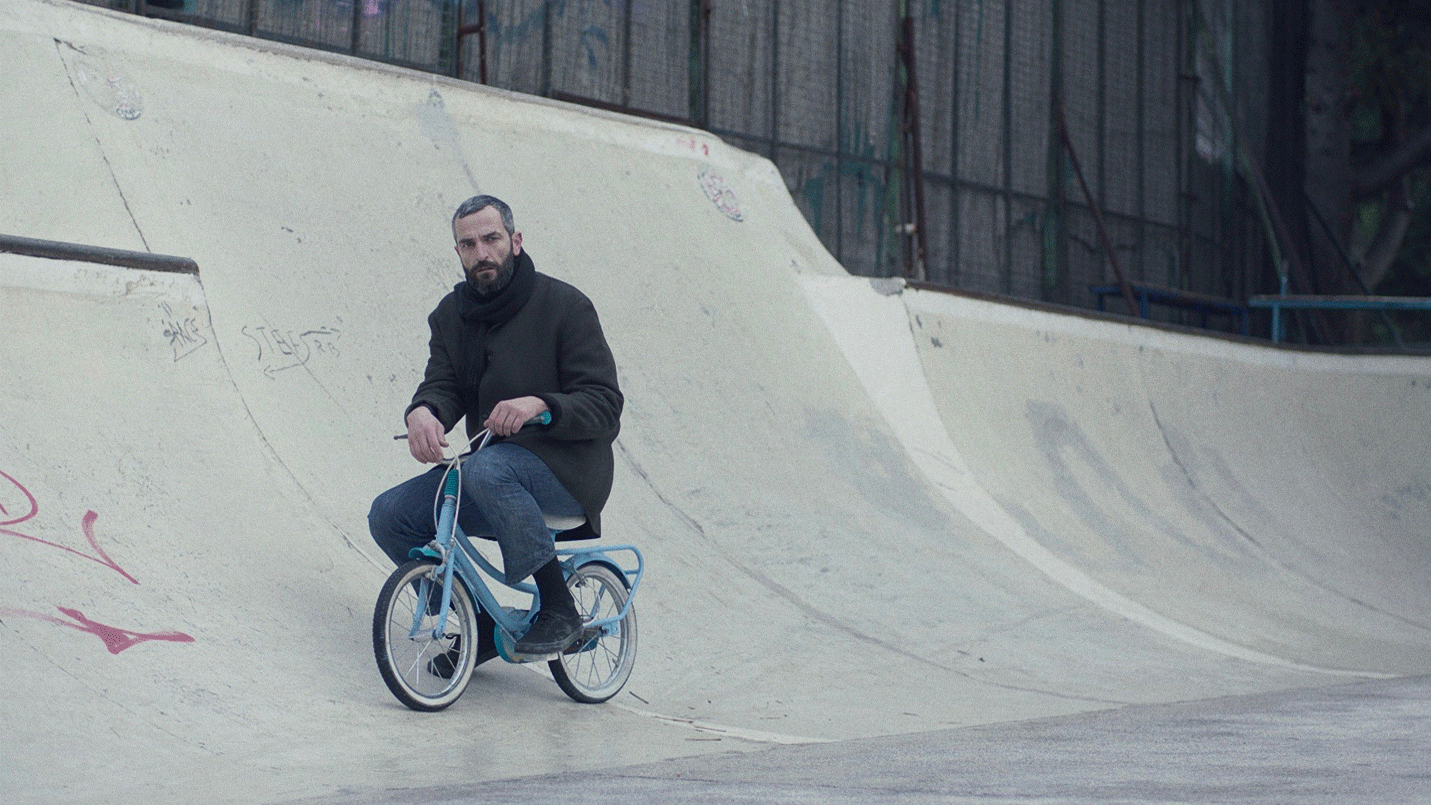 “It’s the end of the line,” says a bus driver as he wakes a man who has fallen asleep on his route. Where was his stop? Does he not remember his name? Opening with an end, a journey unfinished, is the departure point for Christos Nikou’s cyclical meditation on memory, grief and new beginnings in Apples.

Never labouring its thought-provoking, well-articulated metaphors, there is a subtlety of expression and construction to the Greek director’s debut. Elements of its baffling absurdity and puzzling dark humour will be familiar to Lanthimos fans. Nikou was assistant director on his compatriot’s 2009 film Dogtooth, but there is more of Linklater (with whom he worked on Before Midnight) to the first-time writer-director’s compassionate, humanist curio. Written in conjunction with Stavros Raptis, the film stars Aris Servetalis as the unidentified man.

Without any physical ID when checked over by paramedics, it’s clear that he has lost both his identity and a more profound sense of self. Wandering with somnambulate aimlessness before boarding the bus, he had purchased a bouquet of flowers, but we’re none the wiser as to who they were for. Banging his head – in a literal and figurative sense – against a wall, here is a man who appears to have hit rock bottom, but why? It turns out he’s not alone. In a modern-day Athens that nonetheless feels out of time and place, an amnesia epidemic sees many others who no longer know who they are, where they’re from or where they’re headed.

The score by Alexander Voulgaris, which for want of a better description would not be out of place in an outer space film, further exaggerates the otherworldly sense of discovery, exploration, of voyaging towards unknown destinations. But cinematographer Bartosz Swiniarski’s squared aspect ratio is at odds with this, reducing the expansive soundscape to a very narrow field of vision for a character whose horizons have shrunk to almost nothing. It is at a facility specifically designed for people who have “forgotten” that Aris is taken to help remember. “This apple is delicious,” he says to a neighbour as food, and stories of how they came to be at the hospital, are shared.

Though he may not be able to remember who he is, or that Jingle Bells is associated with Christmas, he does know that he loves apples. An unspecified length of time passes before Aris is taken to an apartment where the next steps in his reintegration to society are undertaken. It’s a modest lodging, the clothes he is provided don’t exactly fit, but setting out determinedly in new ankle-swingers, he begins a series of challenges, everyday tasks that include going to a strip club, given him by his doctor’s taped instructions.

Capturing them with polaroid camera snaps and pasting them into an old-fashioned photo album, they serve as both a memory aide and means by which his doctors check up on him. However, kept on this strict regimen, is there a more sinister element of control at play here? It’s a wonderfully analogue world where getting back to basics is the name of the game. A schlocky chainsaw massacre film is playing at the cinema and it is here that Aris meets a girl (Sofia Georgovassili), who is a few days further ahead in her course of rehabilitation.

Together, they form a kinship, a friendship which could well blossom to something more, but again, there is the feeling that they are merely unquestioning pawns, using one another to facilitate the whims of an increasingly unsettling social experiment. Recognising a black dog from his former life, we come to realise that Aris may well be purposefully suppressing his past, that a depression that he cannot escape may be the root cause of all that has happened. For all its misdirection and confusion, Apples reaches a conclusion of unexpected emotional weight. An intelligent and clear-sighted piece of filmmaking, it is a highly accomplished first directorial outing by Nikou.