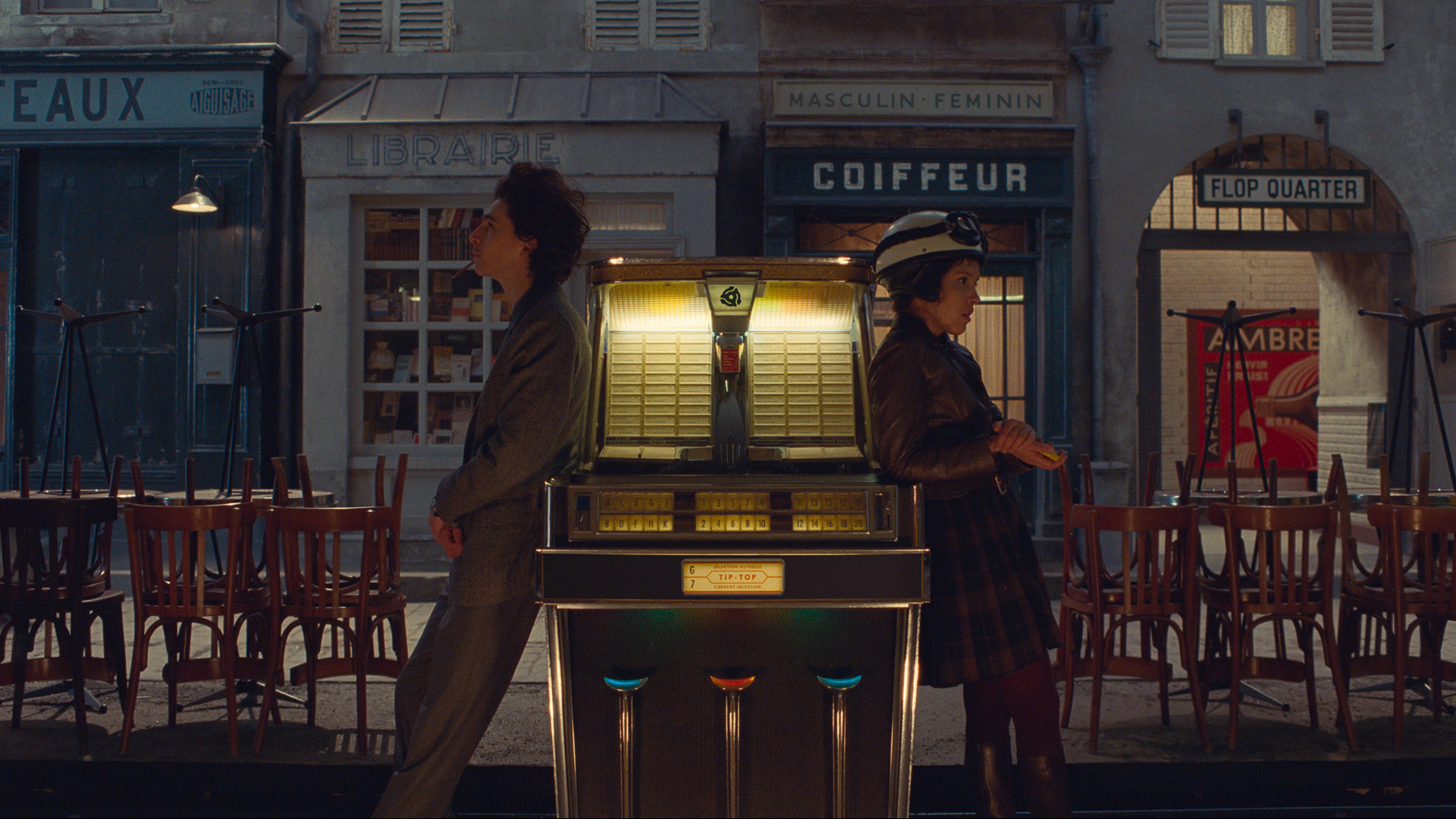 The French Dispatch of Wes Anderson’s latest film’s title is a fictional magazine, set up by proprietor and editor Arthur Howitzer Jr. (Bill Murray), a European supplement for a Kansas newspaper owned by his father. The film is divided into sections, each of which represents a story taken from the magazine and begins with Howitzer Jr’s own obituary.

The first section is a description by Owen Wilson’s cycling reporter Herbsaint Sazerac of the magazine’s hometown, Ennui-Sur-Blasé, where altar boys attack old people and everyone seems to wake up at exactly the same time. Then we have imprisoned artist Moses Rosenthaler (Benicio del Toro), who invents modern art as a way of painting the love of his life, his prison guard Simone (Léa Seydoux).

Frances McDormand’s Lucinda Krementz is the jaded eye of experience, whose research on a series of ’68-style student protests also involves tupping student leader Zeffirelli (Timothée Chalamet). She experiences first-hand the disturbances and helps polish his manifesto, much to the chagrin of Juliette (Lyna Khoudri), a highly critical student revolutionary. The final section is perhaps the strongest, with a brilliant Jeffrey Wright playing Roebuck Wright – a tribute (tongue firmly planted in cheek) to James Baldwin. He tells the story of a kidnapping that features a police chef called Lt. Nescafier (Stephen Park) and a brilliantly animated car chase.

Anderson’s films have become exquisite, Heath Robinson-like contraptions of curated sets, painstaking framing, cutaway designs and witty lines that sound like they have been written with an extremely sharp H3 pencil. The French Dispatch is a palimpsest of Andersonian obsessions: the off-kilter love affairs, the eccentric cads, the other-worldly innocence, the odd phrasing, the cafe orchestra music, the colouring book palette, the technical drawing framing, the occasional slapstick and an obsessional devotion to the New Yorker. So intricately detailed, the film demands a rewatch almost immediately. This is, of course, not going to be to everyone’s taste. If you are somewhat allergic to Anderson’s ouvre, The French Dispatch could well put you into anaphylactic shock.

There’s always the suspicion that Anderson has spent so long choosing the font, he forgot to work out exactly it was he wanted to say. His characters frequently resemble a portfolio of quirks rather than anything recognisably human. The motto in Howitzer Jr’s office – “No crying” – speaks to the repressed emotions that underlie his films and only occasionally burst through. Thankfully, the movie is a gas. It moves with, well, dispatch, clattering along in its own eccentric way.