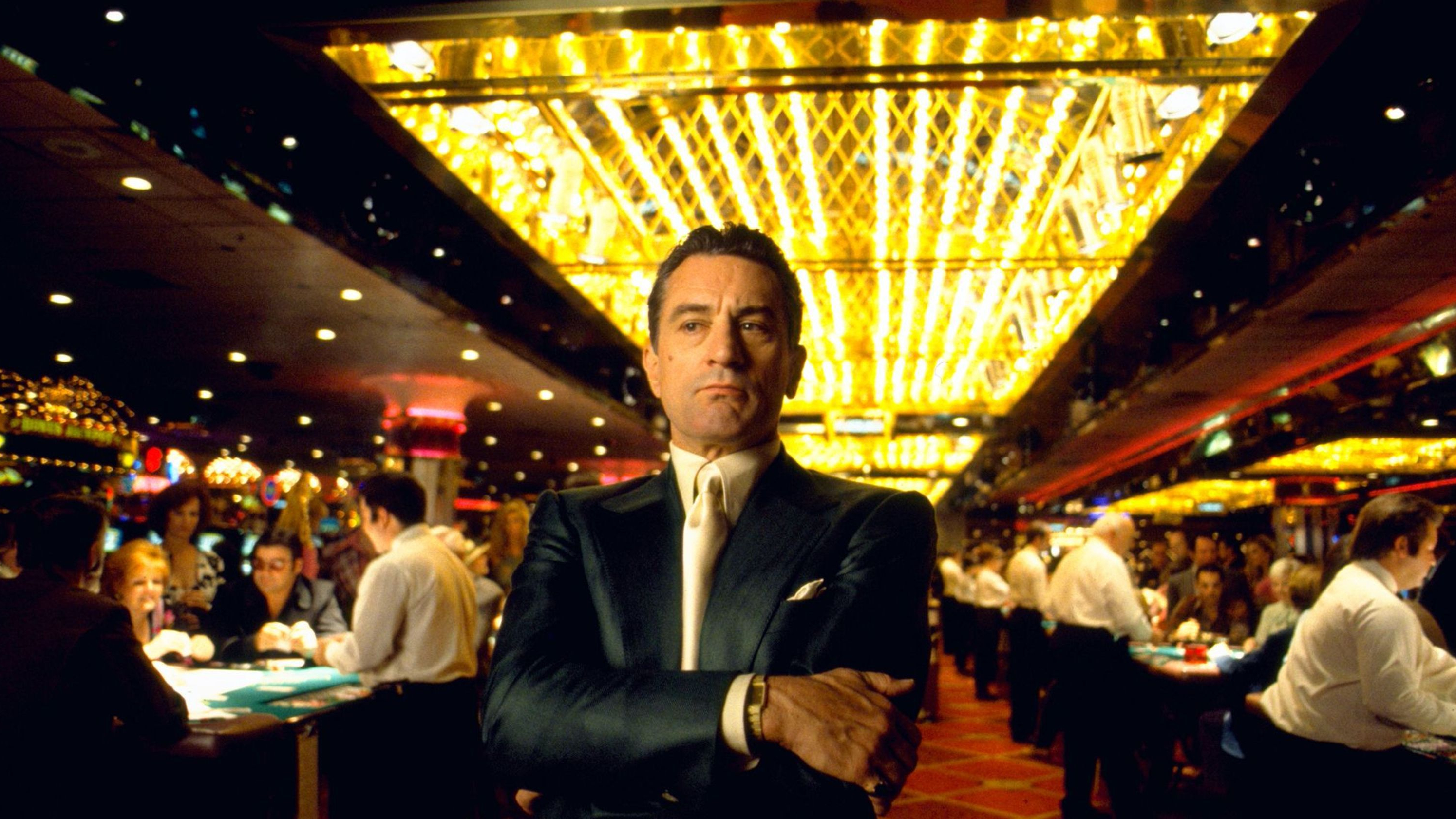 The strong colours and sparkling lights found in the glamourous world of the casino is ideal for cinematic dramatisation. The casino has long been a source of inspiration for various forms of entertainment. This can be seen in how well online casino has developed to capture gaming house excitement.

In cinema, the studied looks and intense concentration displayed in characters’ glances across tables are perfect for keeping audiences gripped. Casinos provide fantastic film sets as well, with grand expanses and lush interiors bringing the viewer into the luxurious gaming space.

Here is a selection of the best movies to feature casinos in realistic detail.  The raising of the stakes is guaranteed with a viewing of any of these titles, so set your sights on the big scores.

This memorable indie is the perfect vehicle for the mournful and darkly humorous tone of William H. Macy. Macy stars as Bernie, a career loser whose presence at a gaming table can cause instant losses. He is tasked with ‘cooling’ down the winning streaks of players taking money from the casino. The details of the casino are not the ultimate in realism – it is more of a romantic comedy – but the interplay between Bernie and the tough casino boss has a certain dramatic tension.

Mike Hodges’s film puts the imaginative delights of the casino front and centre. Clive Owen’s aspiring writer gets a job as a croupier and experiences the world of gaming in full. Positioned as the bridge between the casino bosses and the players, he is drawn into a tight thriller exploring London’s underworld.

The details of the film were studied thoroughly and brought out brilliantly. The casino sets were built in a German studio to the exact size and proportions of a smaller London casino. The specific accuracy of the table games was ensured by the film’s production hiring a casino expert. David Hamilton also appeared in the film as a boss working the tables and managing the dealers.

The sheer joy and explosive energy of the casino is brought out in full in Steven Soderbergh’s 2001 crowd-pleaser.  Styled as an action-caper, the film follows the exploits of a gang led by George Clooney’s Danny Ocean as they attempt to rob three Vegas casinos at the same time. The deluxe casinos are displayed in all their finery and Soderbergh displays his trademark attention to detail. Much of the attention is on how popular casinos have to ensure security for patrons and their winnings. While it is a remake of the Frank Sinatra starring 1960 movie, the director and cast bring it right up to date.

Where would this list be without a Bond movie? The smooth secret agent takes his dry humour and propensity for action-packed stunts to the gaming table in this 2006 movie. Bond, played by Daniel Craig, is on a mission to bankrupt Mads Mikkelsen’s arch-villain in a poker game being held at the exclusive Casino Royale.

Much of the film’s success is built on the realistic portrayal of a tense poker game. Three big rounds of Texas Hold ‘em plays out brilliantly on-screen and offers a more gripping competition than the script’s original game of baccarat.

Ideal for movie fans looking to find a hyper-realistic film based on the casino, the 1998 film Rounders was partly inspired by the Taj Mahal poker room in Atlantic City.  The writing team used the combination of locals and professional players at the casino to bring out an authentic look at the world of high-stakes poker.   A superb cast including Matt Damon, John Malkovich, Edward Norton Famke Janssen, John Turturro and Bill Camp lends weight to this gem of a casino picture.

This mid-90s debut from Paul Thomas Anderson uncovered the high and lows of professional casino gaming. Hard Eight tells the story of an experienced gamer who decides to take a bankrupt young player under his wing. This teacher and pupil story works well at showcasing some of the tricks of the trade. The film has a fable-like quality about it that sets the casino up as a special place where dreams are made. Audiences were certainly gripped by the mythic-like quality of Anderson’s handling of career gaming at the casino.

In 1990 Martin Scorsese’s examined the world of organised crime in the hit film Goodfellas. Five years later he turned his attention to the bright lights of the casino. The stunning level of detail shown across Scorsese’s lovingly created long shots take in all the colour and animation of a successful casino.

Casino follows the exploits of various characters including Robert De Niro’s casino boss and organised crime enforcer Joe Pesci. Sharon Stone plays a chip hustler and socialite. Scorsese uses De Niro’s character to study the inner workings of casino life. His script is based on the real-life story of a Vegas casino manager who becomes entangled with crime syndicates.

With the filmmaker’s keen eye firmly in place, much of the details of casino life rings true. While certainly not for the faint-hearted, the film offers a valuable document of the glamorous high-rolling life in the 1970s and 80s. Casino, and all the films on this list, offer viewers a lowdown on how casinos work. They showcase precisely why they have held such a fascination for viewers down the years. You can play on https://casinonutansvensklicens.net/ and feel like the main character of the movie and win your jackpot.