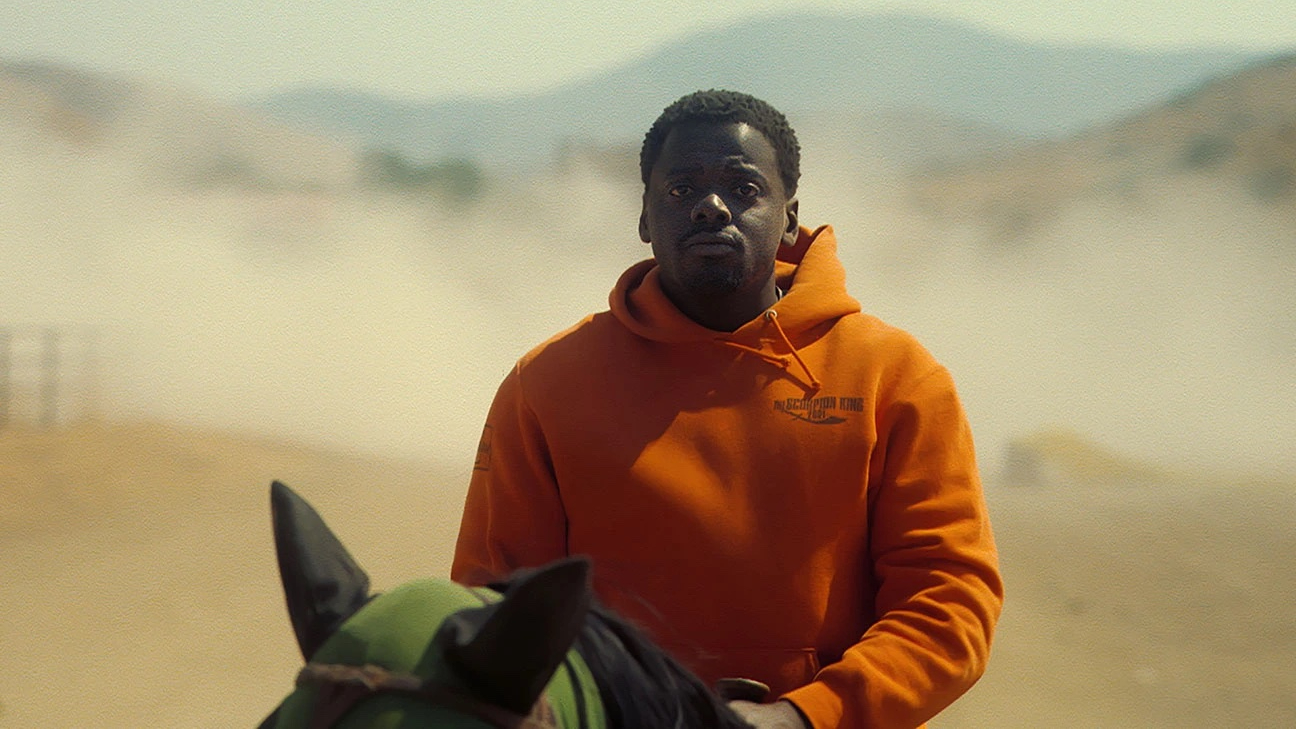 Jordan Peele reunites with Get Out’s Daniel Kaluuya for his third film, Nope, a typically tense, frightening and frequently funny reinvention of the flying saucer B-movie. While its social satire is perhaps not as sharp as Get Out, nor its scares as creepy as Us, Nope is nevertheless another triumph from Peele.

After their father Otis (Keith David) is killed in a freak accident, OJ (Kaluuya) and Em (Keke Palmer) are charged with running the family business – supplying horses for film and TV. While OJ has retreated into himself, the extroverted Em arrives to meetings late and generally makes a spectacle of herself. She also uses the legacy of their great great grandfather, the real-life unnamed jockey in the world’s first moving image, to drum up business. The apparent arrival of a UFO above their ranch gives the pair an idea to capture the world’s first indisputable image of aliens – the “Oprah shot” – and make a mint.

Teaming up with conspiracy-minded Angel (Brandon Perea) and legendary cinematographer Antlers Holst (a marvellously gravelly Michael Wincott), our heroes rig their ranch with cameras to capture their uninvited guest. Every retelling of sci-tropes like flying saucers needs a hook – the creatures of Signs abhorred water; Arrival’s aliens’ strange language allowed them to see through time. Nope’s is that the UFO hiding in plain sight only takes those who look at it.

The premise goes far deeper than a simple narrative gimmick, however. In the film’s prologue, the chimpanzee star of a hit 90s sitcom is enraged by a popping balloon and goes on a murderous rampage. Its mouth dripping with blood, the beast plays with the limp foot of a mauled, presumably dead girl, before breaking the fourth wall to peer directly at the camera and at us: the spectators become the spectacle.

Narratively, the scene bears little relation to the plot aside from filling in the backstory of secondary character Jupe (Steven Yuen), then a child actor on set. But it is important as part of the film’s thematic collage; in the intervening years, his ordeal captured forever on film, Jupe has built a career out of the horrifying attack, commodifying his and the other cast members’ collective trauma.

“Watch the skies, everywhere! Keep looking! Keep watching the skies!” That visionary directive from Howard Hawks’ Arctic-set alien invasion film The Thing From Another World could equally apply to the blue Californian skies of Nope. Indeed, the act of looking sits deep in the belly of Peele’s cinema: the racist maniacs of Get Out wanted the eyes of that film’s protagonists; a hall of mirrors obscured monstrous doppelgängers in Us. And in Nope, the spectacle of cinema itself is weaponised. OJ and Em fight to see but not be seen. OJ and Em treat the flying object as an apex predator, but it is really more like a malevolent camera: to be seen is to be consumed.

In his first collaboration with Peele, cinematographer Hoyte van Hoytema opens up the frame in direct juxtaposition to the claustrophobia of Peele’s earlier films. Indeed, Nope often has more in common visually with a western than a horror (aided by Michael Abels’ score deliberately invoking Elmer Bernstein), though the sublime, vast space of the wilderness has just as much capacity for terror as any darkened corridor.

The film’s title is a reference to internet meme culture, but Peele sensibly avoids explicit references to social media that would date the film and rob it of its power. Instead, connecting OJ and Em’s lineage to the first moving image enables the film to engage more deeply into the relationship between spectacle, consumption and horror. As far as film theory goes, it’s hardly revolutionary, but as science fiction, Nope is smart and entertaining as we’ve come to expect from an increasingly captivating filmmaker.