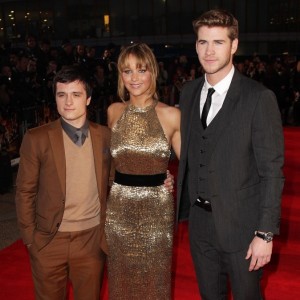 Last night saw the European premiere of Gary Ross’ The Hunger Games (2012), the first in a series of film adaptations of Suzanne Collins’ bestselling Hunger Games trilogy. The O2 Arena in London was a fitting location for the event, suitably adorned with flaming torches, hordes of camera crews and enough screaming fans to generate their own gravitational pull. CineVue braved the red carpet to speak to some of the cast members, including Jennifer Lawrence, Josh Hutcherson, Liam Hemsworth, Elizabeth Banks, Toby Jones and producer Nina Jacobson.

The Hunger Games tells the story of a televised fight to the death between a group of youngsters in which only one can survive. We asked Toby Jones, who plays arena announcer Claudius Templesmith, how he sees the story and concept of the televised Hunger Games: “I think it’s ancient Rome as seen by contemporary reality TV. It’s like people trying to make great TV about other peoples misfortunes, which is a very contemporary thing… the idea of people analysing other peoples misfortunes”. 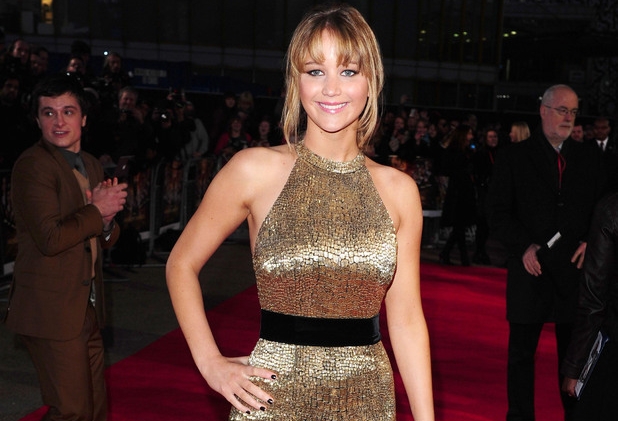 The presence of the cast on the red carpet transformed a crowd of fans into a frenzied mob, but Jennifer Lawrence seemed to stir the crowd like no other. We quizzed the star on the lead character of Katniss Everdeen quickly becoming an audience favourite: “I was thrilled at a character like that. She can grab so much attention and she has such substance. She’s a good role model and she’s an iconic character”. Lawrence has officially made the move into blockbuster territory, but does she think she’s now too mainstream to revisit her independent cinema roots? “I’m still doing indies and I always will and if they don’t hire me I’ll just make my own”.

Liam Hemsworth plays Gale Hawthorne, one third of the newest love triangle in town, but did he manage to discuss his character with Collins? “I spoke to her right before we started shooting. We spoke for a little while and she told me about the character… she was wonderful”. We also asked about his relationship with blockbuster regular and older brother Chris Hemsworth (Thor, Avengers Assemble). “He’s 6-and-a-half years older than me and I think I’m doing this job because of him and I’ve learnt a lot of what I know from him. I’m so fortunate to have someone like him, because he’s been through a lot of it before. He’s one of my biggest role models”.

As a big fan of the original books, rising star Josh Hutcherson told us about the cast and crew approach to the adaptation. “Staying true to the book, but also making a good film. I think that a lot of times one or the other happens, where they try to stay too true to the book and mess up the movie making process or they go completely off the book and they don’t have the same story at all, so trying to find that balance was really important. I love the books, I love the character. I really connected with it on a lot of levels and I just wanted to make a good movie”. 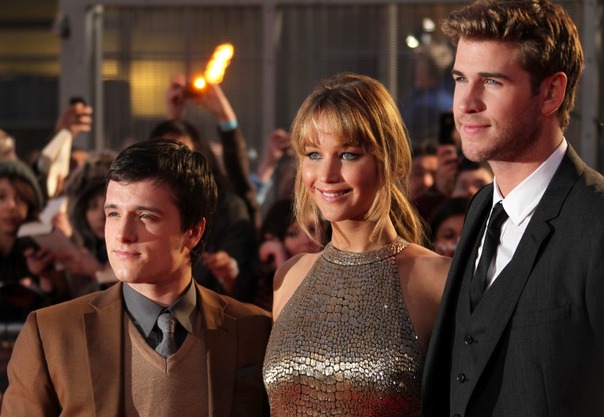 Charged with the unenviable task of escorting youngsters across the country to fight, the character of Effie Trinket is particularly cold and hard. As something of a career-changing role for Elizabeth Banks, we asked about her thoughts on playing a character who seems unable or unwilling to empathise with those around her. “She is cold, but I just approached it as, she’s doing a job and the job that she’s doing is cold”. On broaching the subject of the atmosphere on set, Banks then stated, “…everybody was amazing. They’re very young, but so talented and easygoing. Everybody took the work really seriously but no one took themselves too seriously and it made for a very playful set”.

Having recently produced another film adaptation, in the form of Lone Scherfig’s romantic drama One Day (2011), we asked the film’s producer Nina Jacobson about how she approached this particularly gruesome adaptation and about the intended audience of the film: “I love the books as much as any fan – when I read them I, couldn’t stop thinking about them and I couldn’t imagine not being the person that got to produce them…[With the audience] it all started with these young people that love the book so much, so it was important for us to make a movie that they could see. We would never want to make a version that they couldn’t be a part of”.

The Hunger Games is released in UK cinemas on Friday 23 March. You can read our review of the film from 16 March.