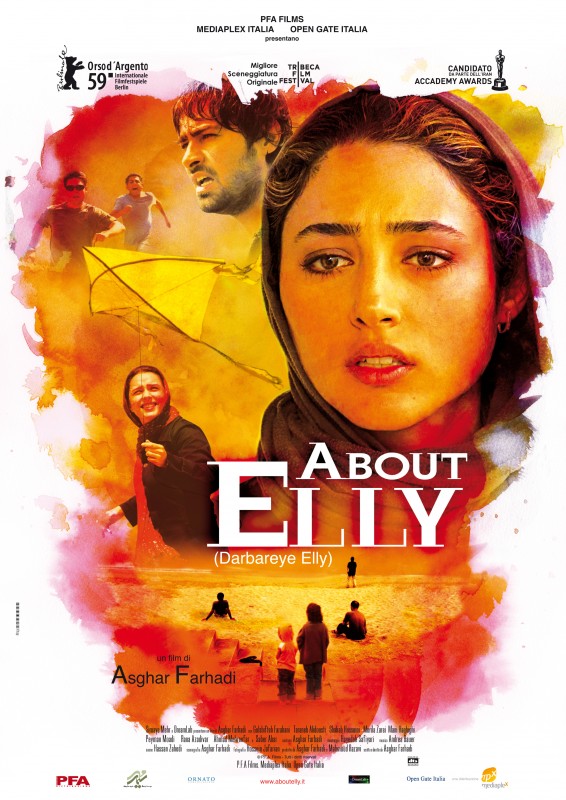 About Elly (2009) finally gets its long-awaited UK theatrical release this week thanks primarily to the Academy Award and Golden Bear success of director Asghar Farhadi’s A Separation (2011). It’s a shame that it’s taken such a monumental accolade for Farhadi’s fourth feature to see the light of day, as this award-winning drama is a gut-wrenchingly tense and profoundly affecting fable. Sepideh (the now-exiled Iranian actress Golshifteh Farahani) is the matriarch of a group of old, well-educated university friends, heading out together towards the coast of the Caspian Sea for a deserved weekend getaway.

Also invited is the eponymous Elly (Taraneh Alidoosti), Sepideh daughter’s primary school teacher, blissfully unaware that Sepideh has an ulterior motive for bringing her along, Elly slowly realises that she’s being ‘set-up’ with the recently-divorced Ahmed (Shahab Hosseini). However, on the second day, a devastating incident threatens to turn the buoyant atmosphere of this holiday sour, with each party member trying to find Elly’s hidden faults whilst unintentionally enlightening each other of their own flaws. 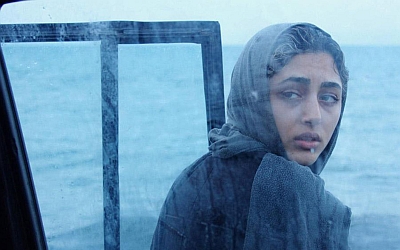 Fans of A Separation certainly won’t be disappointed with About Elly, as Farhadi once again reveals himself to be a master of the morality tale, beautiful presenting a series of encounters in which each character is morally and ethically questioned. Herein, we are slowly revealed the brutally honest truth behind the inherited human nature to protect ourselves despite the conscious knowledge of what we ‘should’ do. Indeed, Elly is the catalyst which stokes the fires of this group of well-meaning, yet flawed individuals, with her mysterious presence brilliantly revealing to the audience their true personas. The film then shifts gear dramatically after an enjoyably ambiguous exposition, turning into something far darker.

This jolting change in tone and ambience is masterfully implemented by Farhadi, creating a heart-stopping degree of tension that builds a nauseating level of anxiety which only helps amplify the film’s examination of these hospitable, yet disingenuous individuals. Indeed, observing this outwardly gregarious group of Iranian socialites descend into a pack of petrified and imperfect individuals probing for a scapegoat or excuse that won’t implicate them in the travesty that has befallen them, creates a excruciatingly watchable melting pot of heightened drama.

Perhaps just lacking some of the finesse and nuance of his most recent work, Farhadi’s About Elly allows the audience to observe the seeds of creation, which lead to the controversial Iranian director becoming such a revered name in world cinema. A Fitting Silver Bear winner at Berlin compared to A Separation’s Golden Bear, About Elly is a tour-de-force example of Iranian cinema’s continued growth and thoroughly deserving of a much wider release.