Following on from 2011’s occult horror Kill List, in which two contract killers mercilessly slaughtered their way through an assortment of sinister individuals, director Ben Wheatley obviously felt the need for some levity in his career. When comedians Alice Lowe and Steve Oram approached him with their idea for a humorous road movie, he jumped at the opportunity to oversee a project that would provide the laughs to go with the violence – the latter a staple of Wheatley’s filmmaking. Sightseers (2012) tells the story of Chris (Oram) and Tina (Lowe), a thirtysomething couple who met at a local Capoeira night before falling swiftly in love.

To escape Tina’s overbearing and distrusting mother Carol (Eileen Davis), the two decide to embark on a caravan holiday, with Tina instructing Chris to show her ‘his world’. It turns out, while a portion of Chris’ world consists of staple Yorkshire tourist attractions such as the Crich Tramway Museum and the Cumberland Pencil Museum, there is another side to the man – he’s a violent, impulsive murderer, one who believes himself to be a moral crusader, picking on those who offend his sensibilities. We, the audience, surmise that Chris may in fact just be insane. Yet as the trip spirals into disorder, Tina gets a taste for the madness, and her blood lust threatens to derail the holiday. 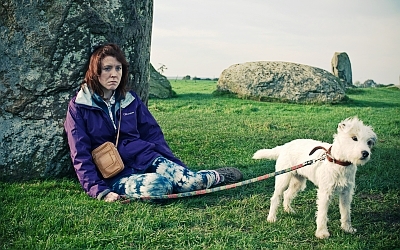 There are few directors out there who can achieve the appropriate balance between horrific violence and laugh-out-loud comedy, but Wheatley’s masterful touch makes this a consistently enjoyable, if stomach-turning ride. He deliberately toys with the audience, forcing us to get onside with the constantly likeable Chris and Tina, then jarring us back into reality as another skull belonging to an essentially innocent victim is smashed into the dirt. In addition, Sightseers wouldn’t be a Wheatley film without some form of pagan surrealism. These moments come in the form of dream sequences, a muddled vision of thoughts and metaphors that make for the film’s most interesting – and unnerving – segments.

Whilst Sightseers is by no means perfect, it’s still a rare treat for British cinemagoers. The pacing occasionally feels off, with the script clearly having seen numerous re-writes and a variety of different timelines; you get the impression that previous incarnations may have focused on altered periods of Chris and Tina’s relationship, perhaps including more back story. However, if you can penetrate its peculiar blend of qualities, you will inevitably be thoroughly entertained.

For fans of Kill List, or Wheatley’s 2008 debut Down Terrace, Sightseers is essential viewing. For potential new entrants into his work, this murderous romp may prove to be the perfect entry point; some necessary acclimatisation before you brave the deranged airs of his previous work. Either way, if you have the constitution to handle reprehensible violence, you may not see a funnier film all year. A quick word of advice – avoid the trailer unless you want to have the majority of good jokes spoilt for you.